Review: DEPRESSED “Beyond The Putrid Fiction” 2019 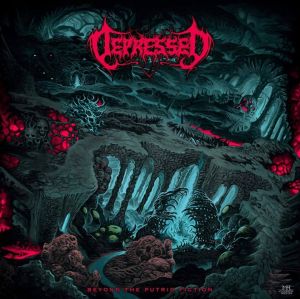 1. Marching Into Damnation
2. Beyond The Putrid Fiction
3. Into The Realm Of Abhorrence
4. Delight In Pain
5. Blame It On Hate
6. Unholy Covenant
7. Mandatory Coexistence
8. Descending Into Madness
9. Thy Fragment Of Light
10. Cease And Decease
11. Cult Of Treason
12. Satanic Riots

Formed in 1998, Brazilian old school death metal band DEPRESSED initially recorded and released a demo in 1999, entitled “Diabolical Servants Of The Cross”, then ceased activities until 2012. The band then regrouped and released their debut album “Afterlife In Darkness” in 2015 via Black Lion Records. DEPRESSED have built a solid fan base, playing many shows in Brazil and following several changes over the years, have a stable lineup. The band released their second album “Beyond The Putrid Fiction”, last month. It was produced by Marcos Cerutti, with the excellent cover art designed by Mark Cooper. A point to note is that the drums were recorded on the album by Gabriel Guerra from JUSTABELI and a month after completing the album, new drummer Rodrigo Butcher was announced.

From the opening first minute of the album intro, ‘Marching Into Damnation’, anticipation builds, enticing the listener into the brutality ahead over the next 43 minutes, the content of which deals with many of the harsh realities in our world today. Leading straight into one of my favourites – the ear splitting title track, ‘Beyond The Putrid Fiction’, grabbing you by the throat immediately and never letting up for a second! The song flows seamlessly through changes in pace, with super fast, skillful drumming and proficient, thrashing guitars – all brought together by front man Giovani Venttura‘s deep growling vocals.

A great intro to kick off  ‘Into The Realm Of Abhorrence’, which discusses the darkness and evil of the world. This is complemented by the dark and brooding atmosphere of the music, along with impeccable vocals. ‘Delight In Pain’ is another highlight- the mix of lyrical content and sheer brutality of the music ensures that the hatred is palpable, at the same time with a really captivating chorus and a crushing guitar solo by Douglas Ratam. 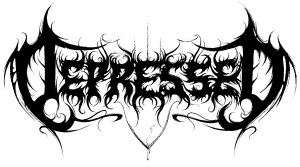 The fifth track ‘Blame It On Hate’ is a favourite, about the barbarity of a literal witch hunt and the hypocrisy of religion – the whole structure of the song is hard hitting with aggression and speed, blistering riffs and more epic solo work by Murillo and Douglas, with the phenomenal guttural vocals of Giovani. ‘Unholy Covenant’ achieves a great catchiness amongst the brutal sound, with a hint of a Maiden style riff running through the song. The track also features a guest vocal appearance by album producer Marcos Cerutti, which adds a distinctly different dynamic.

Another album highlight – ‘Mandatory Coexistance‘ kicks off with a shredding guitar solo before the extreme vocals hit you right between the eyes! Yet again the brutality tears through this song, as indeed it does the whole album. The line ‘nothing to die for, nothing to live for’ hits hard. The dark world of ‘Descending Into Madness’ is complemented by the ferocity of the vocal performance and another immaculate solo. No letting up, onto the ninth track ‘Thy Fragment Of Light’ – technically proficient whichever way you look at it, with such a tight rhythm section ensuring brutality reigns! The album blisters on at breakneck speed through the excellent ‘Cease And Desist’, this time dealing with corruption and politics – telling the tragic story of US State Treasurer Budd Dwyer, who committed suicide at a live press conference in 1987.

‘Cult Of Treason’ may be the penultimate track, but this death metal machine keeps up the momentum, assaulting the listeners eardrums for the duration, yet with an immense atmospheric touch and the extreme vocals need a particular mention here – brilliantly flawless and perfectly executed!

Last but most certainly not least! Another highlight to conclude this diabolical death metal journey in style – ‘Satanic Riots’. DEPRESSED convey their personal and blunt message to the church and religion with this face melting, final onslaught of the heaviest old school death metal – brilliant!

To conclude – the passion poured into creating this album by these musicians is immense and demonstrated throughout. The talent, songwriting skills and musicianship here combine to create a superb album, expressing hatred about ‘everything that is rotten in this vile world’ – evoking memories of 90’s death metal, yet at the same time with an up to date edge. Fans of pioneers of the genre such as MORBID ANGEL, OBITUARY, ENTOMBED and DEICIDE should check out DEPRESSED, you won’t be disappointed! No fillers on this album, every song is of the highest quaIity; raw power with excellent production. I personally would love to see the band gain more recognition overseas and hope to see them perform on UK stages in the future.

“DEATH METAL TO MANGLE YOUR MIND” – consider my mind well and truly mangled! 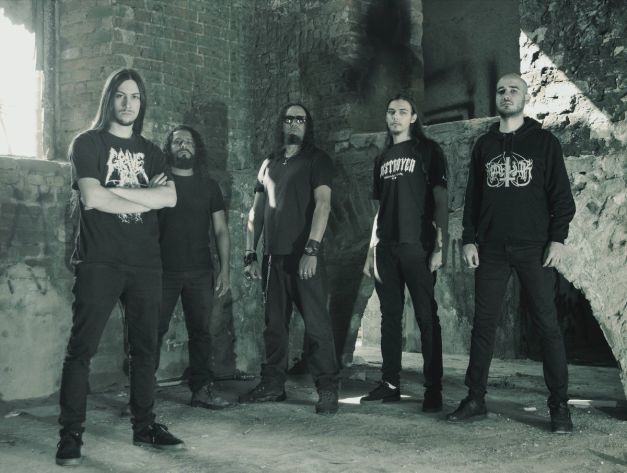