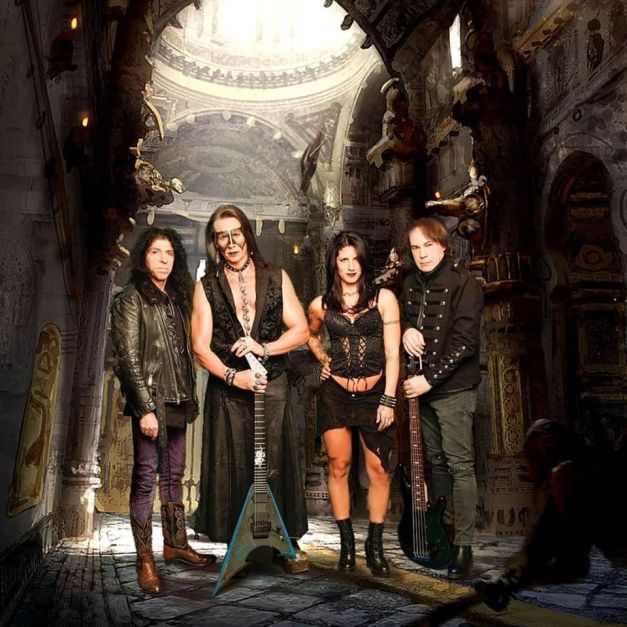 Last year, IRONWILL and the band’s founder and mastermind, Salvo Dell’Arte, launched “Metal Against Bullying” project, created to raise awareness on this ‘sore reality’ that has too often infected the society of children and adolescents and that, with new technologies, experiments paths that are unimaginable as well as deleterious. The first “Metal Against Bullying” event took place on December 8th 2019 at Ziggy Club Torino, in collaboration with Arci Torino, Eikon Photographic Group and Salvo Dell’Arte.

And from this event IRONWILL have now released the second video, in form of a comic book for ‘Jonathan’s Journey – Metal against bullying’, watch it here:

Based on a story by Salvo Ironwill, Script writing and lettering by Manfredi Toraldo, Pencil and ink by Sandro Pizziollo. Original music: The Dam – ©Ironwill, Video editing by Calvin Duke.

In case you missed it, also watch the first video from the event, for “Jonathan’s Journey – Song By Song Through Drawing Boards”. Artwork @Cristina Iacoangeli ©Ironwill. Watch here: https://youtu.be/jMuzRUSltOU

“Jonathan’Journey” is a concept album with social content about bullying and personae evolution; the story of Jonathan, a kid victim of bullying who lost his soul in a mirror, creating a mask for himself and becoming in the decades of follow Ironwill, the man. Each song tells the passages from Jonathan to Ironwill, the steps of the evolution of the “refuge” character. At the end after falling into the hell of the pain of the soul, Ironwill finds his evolution as a man after the collapse of the dam and the reunion with Jonathan. The man and the child join hands and resume the path of life with the transparency and genuineness of Jonathan and the maturity of Ironwill. The project is enriched by the essential contribution of Marzio Francone as producer and drummer as well as Real Input.