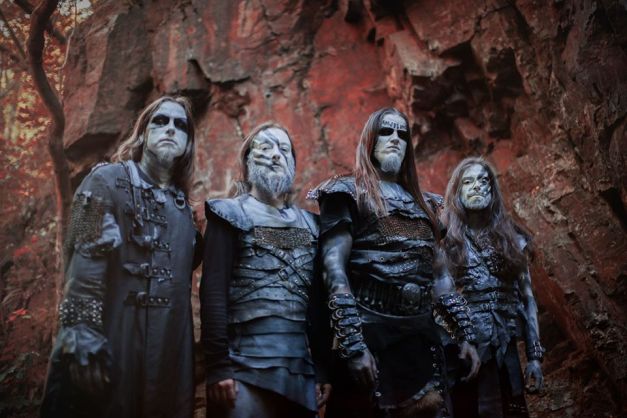 Also you can find “Spellcaster” on Spotify, here: https://spoti.fi/2QHvtr9

WELICORUSS on the new video:
“We would like proudly announce that our brand new official video for “Spellcaster” is online now! We are very excited about that because it`s one of the best (compositionally and orchestral well-thought-out) songs from upcoming album “Siberian Heathen Horde”. This video was recorded in Club From Hell in Erfurt on 13.12.2019 by Mateo Ťažký, so we would like to thank him and also Nocturnal Reaper, Harry Weber, Matthias Mayer and everybody who was there!” 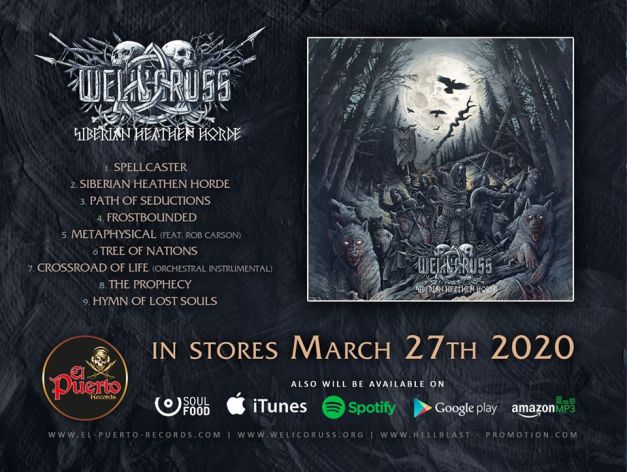 Symphonic Black Metal From The Coldest Depths of Siberia is what WELICORUSS (formed in 2005) have brought with them to us here in Europe. WELICORUSS appeared in Europe 3 years ago and they are already playing all the biggest festival across the whole Europe and playing over 320 concerts. You will be absolutely stunned by their stage performance and imagery as they take you away on a journey far away to Depths of Icy Cold Siberia and back.