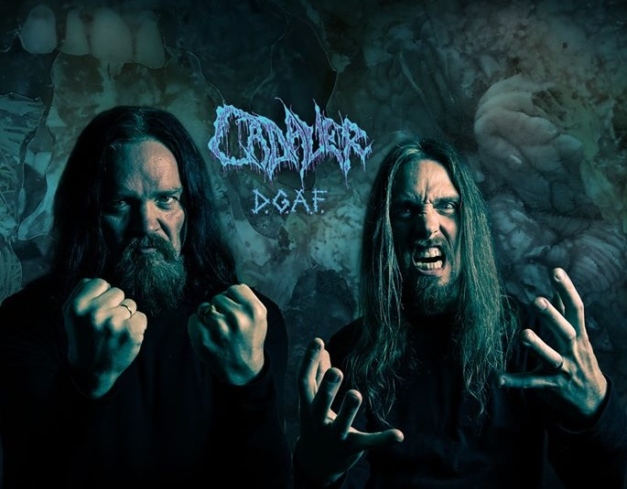 Last week, Norwegian death metallers CADAVER released their D.G.A.F. digital EP. Today, the band discusses the story behind the EP. Watch as Anders details the albums that influenced him and inviting fans to send photos of them dancing to the new ones, here:

Check out the lyric video for the title track which features Jeff Walker  of  CARCASS.  Watch the video for “D.G.A.F.” here:  https://youtu.be/MAmUcGZHCa8

Anders Odden states, “In 1989 Cadaver got signed to Necrosis Records owned by Jeff Walker and Bill Steer from Carcass. Cadavers debut album, “Hallucinating Anxiety” was released in 1990 as Norway’s first death metal LP. Now, in 2020 Nuclear Blast have embraced the resurrection of Cadaver and release the EP D.G.A.F. with a tip of the hat to the legacy of Carcass. Jeff Walker even join us in the chorus this time around. We are super stoked to release this beast during this very special time. Get your mind off the craziness and enjoy old school death metal”

Dirk Verbeuren comments, “As a legendary band once said, extreme conditions demand extreme responses. We were going to release a 3 song EP sometime after our new album came out, but then a global pandemic happened. While the full-length will arrive at a later date, here’s D.G.A.F. in all its brutal glory and on Nuclear Blast, which we couldn’t be more stoked about. Consider these misanthropic death metal hymns our soundtrack to the end of days.”

D.G.A.F. is a 3 track digital EP that was recorded and mixed at Northwood Sound Studios in Hollywood, CA. The EP was produced by CADAVER in tandem with Adair Daufembach who also handled the engineering. The album features  guest vocals from CARCASS’ Jeff Walker on the title track. For the artwork, the band enlisted Adam Medford and Justin Bartlett. 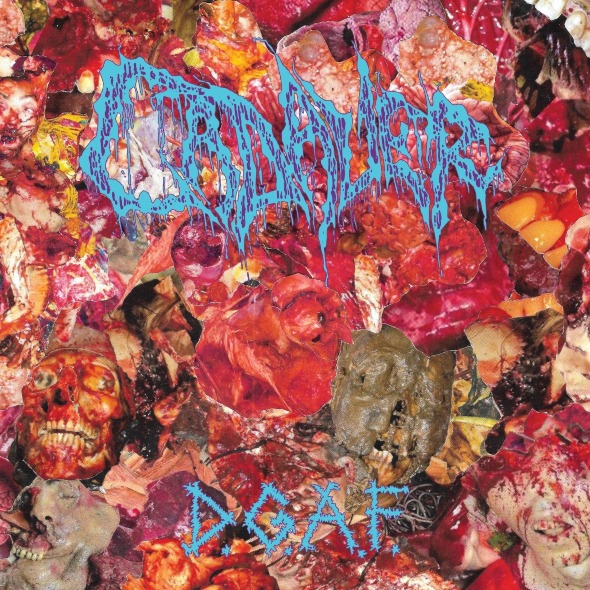