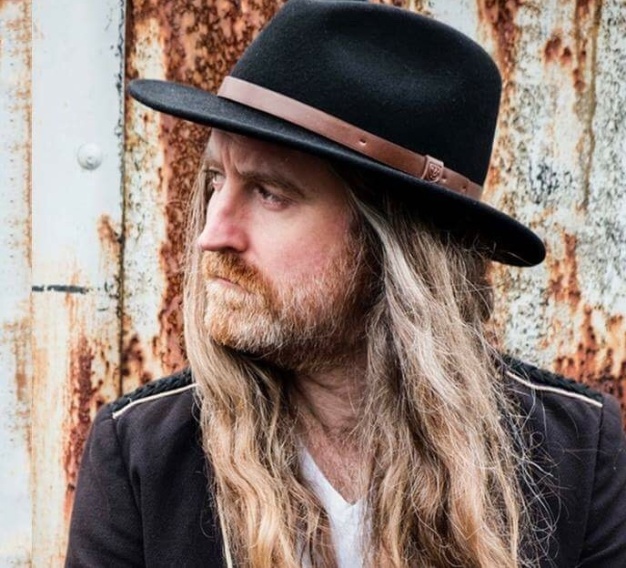 Midnight Mango in association with DHP and friends are pleased to announce that  THE ANSWER‘s lead singer Cormac Neeson, will embark on a 14 date UK & Ireland headline White Feather tour during November 2020. Neeson will perform his poignant White Feather songs with a stripped down trio in what is sure to be a very up close and personal rendition of his acclaimed White Feather album.

In support of the announcement, Social Family Records are making available a new video for ‘Do Something Today‘ available from April 29th 2020. The video, directed by William De Ritter is shot on Super 8 film and harks back to an older early 90’s style. Says Neeson, “I’ve always wanted to shoot a video on Super 8 and this seemed like the perfect song to live out that dream. We shot the whole thing in and around an old school arcade in my hometown which hasn’t lost the classic feel it had when it was me hanging about that place wondering what the future had in store. They were great days even if I didn’t fully realise it at the time. The video is set in the 90s and I think William (the director) captured that retro throwback vibe perfectly”

The album, due to be reissued in both Cd and Vinyl format on Social Family Records has been delayed to later in 2020 due to the Coronavirus (COVID-19) situation but will be reissued before the tour commences. Pre-orders are presently available on Neeson’s store – https://cormac-neeson-uk.myshopify.com/

Originally released as a 10 track limited edition, ‘White Feather’ was a top 5 album in the official UK Country Rock charts and received critical acclaim across the board, one that will sit easily alongside the classic singer – songwriter narrative albums.

Cormac states: “I’m thrilled to be able to take my White Feather songs out on the road and to be able to finally perform them in a true singer-songwriter setting. It’s going to feel very special to get back out again especially after all the lockdown uncertainty of the present world! It promises to be a joyous and uplifting tour and we are so looking forward to it. My label Social Family are working incredibly hard behind the scenes and we are confident that the reissue of White Feather will be available before the tour starts!”

“Songs such as Broken Wing reaffirm his status as one of Ireland’s finest singers, this musical detour delivers in spades” (Hot Press)

“These tracks are uplifting and life embracing”. (Classic Rock)

“For all it’s heavyweight subject matter, there’s a sense of joy and gratitude running through this 10 song set. Any one of these timeless, tastefully crafted songs could serve to broaden Neeson’s commercial appeal” (Planet Rock Magazine)