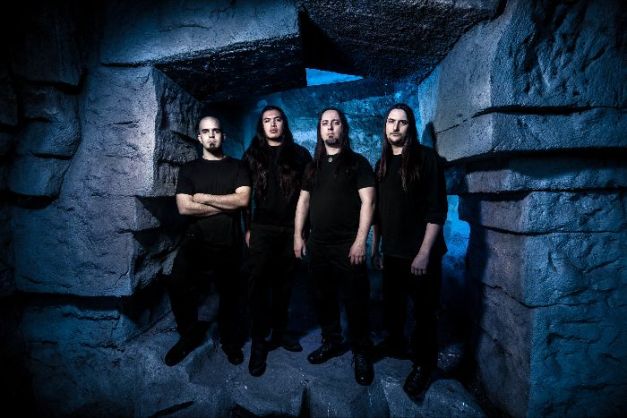 ABYSMAL DAWN have scored the cover of Issue #52 of New Noise Magazine, which is out NOW! Along with an in-depth interview with mainman Charles Elliott, the issue will also feature an exclusive flexi disc of the band’s brand new cover of CANDLEMASS‘ “Bewitched”. The song can be streamed now via New Noise at THIS LOCATION.

Speaking about the upcoming issue and the choice to cover CANDLEMASS, vocalist/guitarist Charles Elliott previously commented:

“We’re incredibly honored to be on the over of New Noise Magazine. In all my years doing this, I think this is the first time we’ve been given the prime cover slot of any publication. I’m really happy to see all the excitement around the release of Phylogenesis and all the positive feedback we’ve been getting so far. It makes me proud after all the hard work that was put into this record.

“So, as an added bonus, New Noise is putting out our cover version of the doom metal classic, “Bewitched” by Candlemass. We had some free time in the studio while putting together Phylogenesis and decided to do something totally out of the box for us. I don’t think many of our fans would think Candlemass are an influence of ours but they are. It’s nowhere near the realm of tech-death or brutal death metal but Nightfall is one of my favorite albums and it’s an amazing record!

“Now the biggest shocker here is that I laid down some melodic vocals for this one. I don’t pretend to be Messiah Marcolin but I gave it my best. I tried to maintain my own voice while paying tribute to the overall vibe of the original. I wasn’t sure I could do it at first, but after showing the track to some friends and having the rest of the band excited about it, we decided we weren’t making total asses of ourselves. It’s a fun track and I think Vito killed it on the lead as well. Enjoy!”

ABYSMAL DAWN previously released “The Path of the Totalitarian,” the second single from their fifth studio album, ‘Phylogenesis.’ The song is available along with an accompanying 360°  visualizer at THIS LOCATION.

‘Phylogenesis’ can be ordered and streamed HERE.