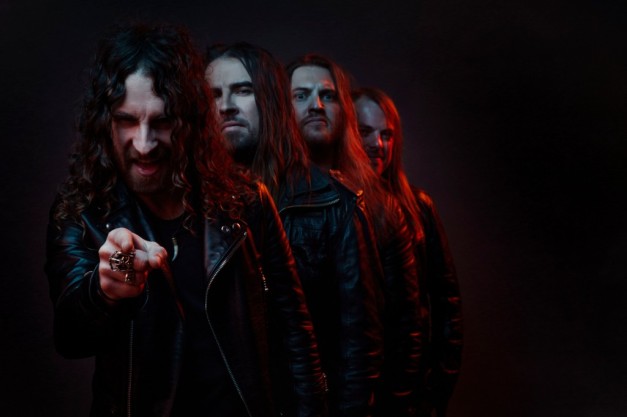 Australian rockers AIRBOURNE will embark on the first North American tour in support of their riff-roaring new album (and fifth overall) Boneshaker, out now via Spinefarm Records. The spring tour kicks off April 20 in New York City and concludes on May 23 in Montreal. The trek includes appearances at several major rock festivals, such as Sonic Temple and Epicenter. All dates are below.

“We’re mega pumped up to the max to bring the ‘Boneshaker World Tour’ to the USA,” says frontman and guitarist Joel O’Keeffe. “We’ve been blazing non-stop across Europe and Australasia and now we’re coming your way USA to kick your ass!”

For a taste of what’s to come when Airbourne crash domestic shores in 2020, check out the new song “Backseat Boogie” here. Listen to the equally combustible title track here.

AIRBOURNE have unleashed an official music video for their current single, ‘Backseat Boogie’; shot at their sold-out Copenhagen show at Amager Bio just last month, this latest clip captures fans rocking out to new songs from recently released studio album, Boneshaker, for the very first time – watch the video below.

“Half filmed at a soundcheck last Tuesday and half filmed at a crazy sold out Danish club show – here’s Backseat Boogie to whet your appetite for a mega 2020 and the start of a two year Boneshaker World Tour,” states frontman Joel O’Keeffe.

As always, you can find Airbourne on the road. They are crisscrossing all over the planet, in true Airbourne fashion, until 2022.

More shows are in the planning stage for 2020 and beyond. 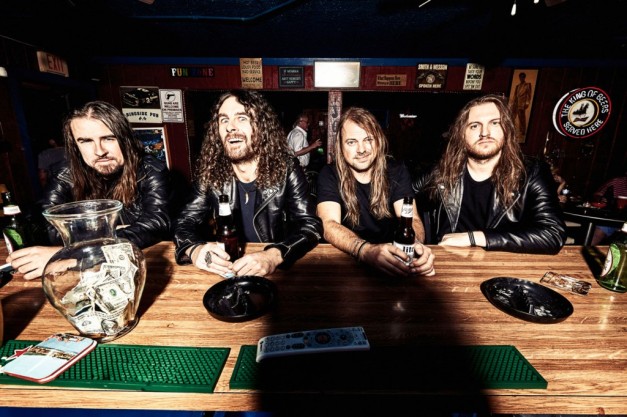 Airbourne frontman, Joel O’Keeffe, divulges, “The riff, this is one of those ones where Cobb [producer] walked out and said ‘What are you playing there?’ and I was ‘ah, I’m just playing this riff, it’s this riff I had in Australia, it’s got a bit of a vibe, I’m not sure.’ He goes, ‘Aw man, we gotta do that one’ and he got behind the drums and picked up Ryan’s drumsticks and said ‘oh man, how does he play with these things, these things are baseball bats,’ and it was just really funny, and Ryan jumped on the kit, and we tracked it right then and there. “

Ryan O’Keeffe adds, “It all happened really fast. The band’s lucky to have had a lot of time rehearsing together and playing together but we tracked songs before we even thought we tracked them.

He’d say give it another go if you want, but the one you just did, and here’s the first one you did, and that’s the vibe.”

Boneshaker, the bands fifth studio album to date, will be released on October 25th via Spinefarm Records.

As always, you can find Airbourne on the road. They will be crisscrossing the planet, in true Airbourne fashion, until 2022. 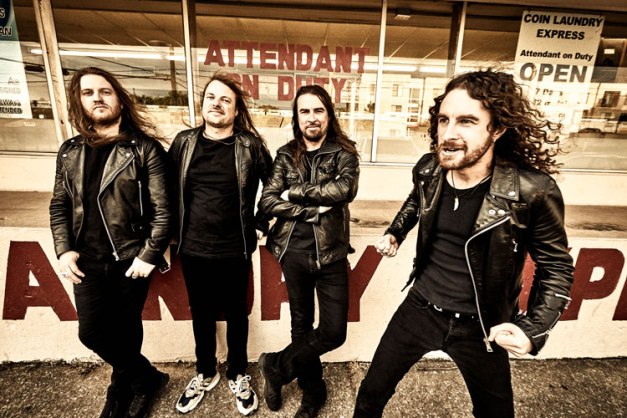 AIRBOURNE have released an official music video for their new album’s title track, ‘Boneshaker’; shot during both the band’s mainstage performance at this year’s Wacken festival, Germany, and headline set at Skogsrojet festival, Sweden, the video for ‘Boneshaker’, which was both filmed and edited by Tom Russell, perfectly captures the adrenaline-inducing Airbourne Live Show Experience – watch it via the official Youtube premiere today at 6pm UK time. The band was live chatting with fans during the reveal, head HERE to see the video:

“We didn’t wanna fuck around with story lines or any of that shit,” says Airbourne frontman, Joel O’Keeffe, “plus we fuckin’ love Wacken. This year was our 4th time playing there and it marked their 30th anniversary. We debuted our new single ‘Boneshaker’ in front of 90,000 people… here it is on film, crank it up and rock out to the max!”

As always, you can find Airbourne on the road. They will be criss-crossing the planet, in true Airbourne fashion, until 2022.

“We are pumped about playing these new songs live,” states drummer Ryan O’Keeffe. “It’s always cool to do that first tour on the album cycle, especially that initial run of shows. The first time we hear people singing the words back at us to a new song it makes us really appreciate how much our Airbourne family around the world supports us.

AIRBOURNE will release their fifth studio album Boneshaker on October 25th via Spinefarm Records. The band revealed the cover artwork for Boneshaker, which was a collaboration between Matt Read of Combustion Ltd. and Sean Tidy of Design House Studio Ltd.

On the topic of the artwork, guitarist Matthew Harrison states: “The whole sentiment we were after was about rock ‘n’ roll for life. We wanted to create something tattoo worthy, classic artwork that will stand the test of time.”

With the creation of Boneshaker, all-action Aussie rockers Airbourne decided to take the bolder path; to align with Nashville’s six-time Grammy Award-winning producer Dave Cobb, whose credits include both Chris Stapleton and the ‘Star Is Born’ soundtrack, as a way of staking out new turf away from comfort zones and safe havens.

“It’s a live gig in the studio. This is always something we wanted to do – find a way to bring the soul and power of an Airbourne live show into an album. Cobb caught our lightning and put it in a bottle,” states bandleader Joel O’Keeffe.

Relocating to historic Studio A on Nashville’s Music Row, Cobb’s natural home and one of Music City’s most prized creative hubs, the four musicians set themselves a challenge: to make a record cut from the same frayed cloth as those classic late-’70s recordings from Australia’s legendary Albert’s house of ‘Oz Rock’ that inspired the band so much.

There are no weird tangents here, no un-called for asides, no messin’ about. This is straight-down-the-line pure rock ‘n’ roll drama smelling of burnt rubber, spilt gasoline and valves glowing red hot. No ballads, no acoustic guitars, no keyboards. 10 tracks, 30 minutes of music. Everything lean an’ lethal, stripped to the bone, to those essential elements that rock ‘n’ roll requires to properly do its work: raging guitars, pounding bass ‘n’ bass, vocals packed full of real personality – the kind of passion that only comes from willfully pursuing a life on the line.

Pre-orders for Airbourne’s fifth studio album Boneshaker are now live, with an instant download of the first single & album title-track – WATCH THE VIDEO HERE – and special bundle options including t-shirts, hoodies, enamel badge and poster. Boneshaker was premiered live at Wacken 2019 in front of 80k+ people, the band’s fourth time at the legendary festival, which felt like a homecoming show.

As always, you can find Airbourne on the road. They will be crisscrossing the planet, in true Airbourne fashion, until 2022.

“We are pumped about playing these new songs live, it’s always cool to do that first tour on the album cycle, especially that first run of shows. The first time we hear people singing the words of a new song back at us, it makes us really appreciate how much our Airbourne family around the world supports us,” states drummer Ryan O’Keeffe. “2020 is already shaping up to be a jam packed year.”

Australian thrash maniacs DESECRATOR are confirmed, as Special Guests, on the AIRBOURNE “Breakin Outta Hell Tour” in Europe, kicking off on October 3rd in Valencia (Spain). See below the full list of shows.

DESECRATOR stated:
“You European RIVOTHEADS didn’t think we had forgotten you this year did you!? We are extremely pleased to announce a run of all KILLER, no filler tour dates with our great mates Airbourne!! Check the countries and ticket link, share the poster around, come see the TWIN AUSSIE ATTACK and we’ll see you on the road!!”

Just recently DESECRATOR released their first official video “Thrash is a Verb” from the debut album “To The Gallows” (out on March 24th). Watch the video here:

Also check out the song “BrainScan”, which was unleashed for streaming, together with the album release:

DESECRATOR are a 4-piece Thrash Metal band based in Melbourne, Australia. With a sound that has been compared to early Testament, Death Angel and Sacred Reich, DESECRATOR’s twin guitar attack, punishing rhythm section and blood soaked vocals have won over the old guard of staunch metal fans as well as recruiting the new wave of young thrashers. The lyric video for the title track “To The Gallows” is here: