HELLCOME! is an alcoholic band hailing from Italy that mixes the Power of Metal and the fun of Rock’n’Roll, in just one word: Thrash’n’Roll. The band was formed in 2009 in Fabriano (AN) – Italy, from an idea of 4 guys in love with beer. Up until 2012, between live gigs, rehearsals and nights out in very suspicious bars, the band composed almost all the songs that will be featured in the debut album “Good Friends, Bad Company”, which is also the motto that has always guided their unsteady steps and has inspired indecent and politically incorrect lyrics. After a long period of inactivity due to the transfer of some members of the band to Bologna, the project is brought back to life in 2019. With a renewed line-up and more maturity, the style of the band becomes even more modern and aggressive. In addition to composing new material, new life is given to the songs of the album. In March 2020 the band completes the recordings of the debut album “Good Friends, Bad Company”, recorded and mixed by Sauro Mori. 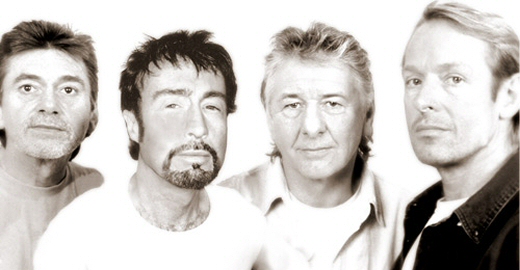 Bad Company lead singer and co-founder Paul Rodgers told in a new interview (of Times Record) that the band’s concert on October 7 in Oklahoma, near Tulsa, could be the group’s “goodbye” to their fans.

“After this Tulsa show, there will be no further plans for Bad Company beyond dates in Japan,” said Rodgers. “I’m working on new solo material in the studio, and I’ve got a solo U.K. tour planned later, so I’m just seeing how it goes.”