The Canberra Times is reporting:

Known as US Playboy’s Miss October in 1987, then Mrs. Nikki Sixx when she married the bassist from MÖTLEY CRÜE, Brandi Brandt today is an alleged key player in a cocaine syndicate that operated out of Sydney suburbs. 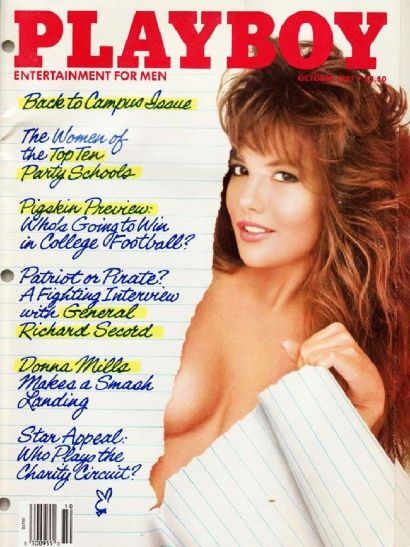 Brandt and her former boyfriend and co-conspirator, Crusty Demons motorcycle stuntman Rusty Setser, are in a Los Angeles jail awaiting extradition to Australia.

The pair were charged this month for their alleged role in the cocaine importation syndicate that hid packages of the drug on Qantas and United Airline flights between California and Sydney.

When planes landed in Sydney, the packages were collected by then employees of airline catering company Gate Gourmet.

Customs officers found blocks of cocaine in the toilets of a plane from Los Angeles in December 2007. After an 18-month investigation six Sydney men, including members of the Bra Boys, were charged but the Australian-led inquiries continued.

Ms Brandt – who in the October 1987 Playboy listed an ”empty bank account” as a turn-off – initially filed papers opposing her extradition.

But her lawyer, Anthony Solis, said she had consented to extradition to Australia where she faces a maximum life jail sentence.

Brandt was married to Sixx from 1989 to 1996 and had three children, called Gunner, Decker and Storm.