DUST To Release “Break The Silence” Album On November 22nd

“Break The Silence” tracklist:
1. Another Place to Hide
2. Until the Last Breath
3. Black Stranger
4. Above the Surface
5. Break the Silence
6. Waiting for Death
7. So Deep So Down
8. Dead Thoughts On My Back
Running Time: 32’52” 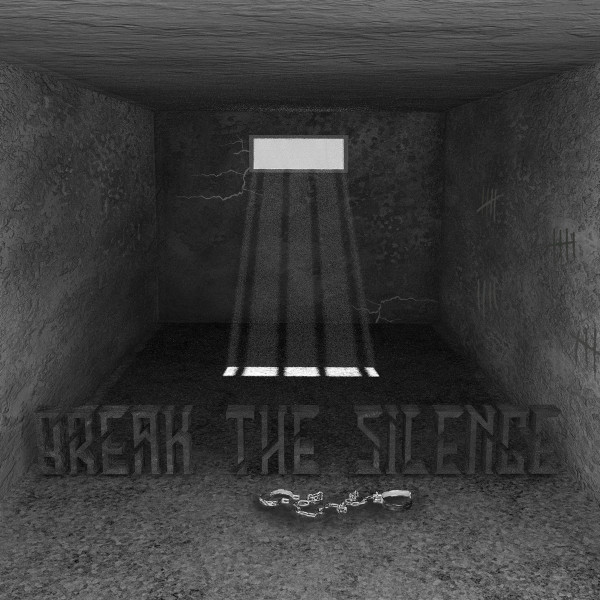 Vocalist, Riccardo Pirozzi:
“Mine is a dream born in Summer 2016. After the failure of my second musical project I decided it was time to make a change in my musical “career”, creating something that could be considered truly concrete. Everything started from two sick minds: mine (Riccardo Pirozzi), obviously, and the one of Stefano Brogi, my great friend and current drummer of the band. In the following months I found the former bass player of my previous band, Andrea Lege; as soon as we proposed the project he accepted, despite the initial, normal uncertainties; he still play with us now. We three together wrote the first piece, “Until the Last Breath”, of what would later become a much larger project: Break The Silence. After about a year of searching we found our solo guitarist, Stefano D’Angelo, with whom I immediately noticed a certain musical “feeling”. After several months of rehearsals and compositions we decided to record our first single: “Another Place to Hide”. It was from this moment, when we heard the final version of our first single, that we decided that our project had to come to life. We wanted a hard and impactful record, with fast and pissed-off riffs, and we could finally throw out of our heads everything we never could have said before. So it was after the composition of the songs we began the work of recording in the studio, at the RockLab of Venaria, with the man who believed in us and gave life to our sound and our project, Andrea Polito. This is no longer ‘My dream’ born three years ago, but this is now the dream of the Dust.”

DEATH DEALER will drop their highly anticipated second full-length “Hallowed Ground” on October 2nd, via Sweden Music Group (SMG), and the band have released a hard-hitting video for “Break the Silence”, check it out below:

Featuring members that have previously played with the likes of Manowar, the Dictators, Rob Halford, Lizzy Borden and Cage, Death Dealer are a true heavy metal force to be reckoned with, and ‘Hallowed Ground’ certainly proves this.

The follow-up to their over-the-top debut, ‘Warmaster,’ features Sean Peck, guitarists Ross the Boss and Stu Marshall, bassist Mike Davis, and drummer Steve Bolgnese, and as always, Death Dealer is setting out to convert the metal masses to their brand of manly metal.

The 13-track CD was mixed and mastered by Stu Marshall at Frontier Studios in Sydney, Australia, and contains massively epic orchestrations, speed metal anthems, and sing along headbangers, as well.

Fresh off a summer European tour, Death Dealer are primed to rock the world with their killer new album. Get ready to be rocked!

“‘Hallowed Ground’ satisfies from start to finish…it is what metal should sound like!” –Ross The Boss 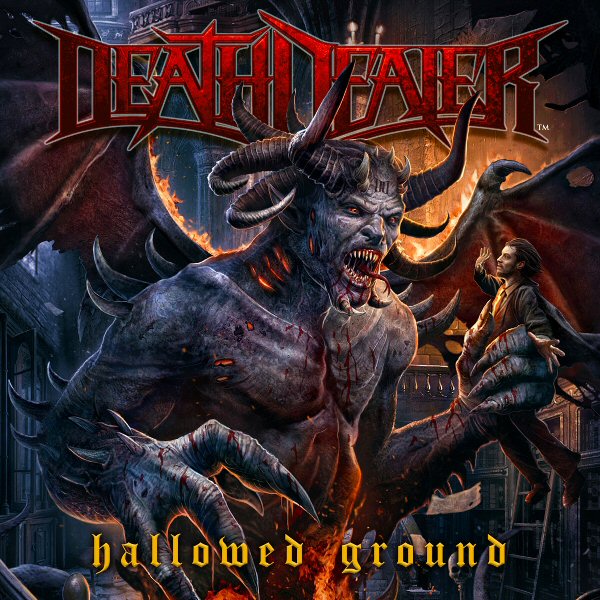