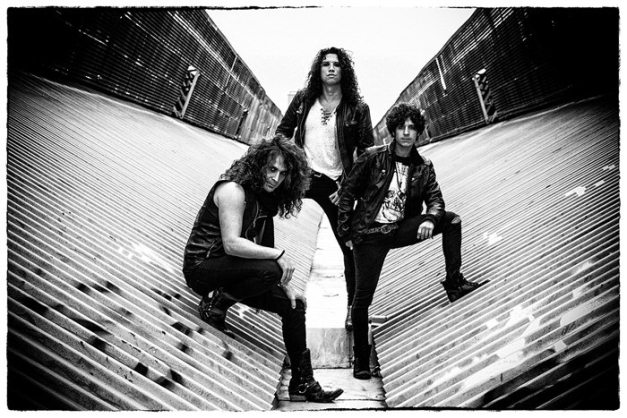 ‘Radioactive’ is  the second single of their new album ‘Pure breed’, produced by renowned Guano Apes and H Blockx producer Fabio Trentini, which was released in march 2017 via Wild Mondays Music/Horus Music UK.

Also check out the Official Video for the title track ‘Pure Breed’:

Turin, Italy based rockers DOBERMANN have released the first single, the title track, of their upcoming album ‘Pure breed’, due on March 11th on Wild Mondays Music/Horus Music UK. Watch the video here:

The album will be available on all digital stores on March 1st, and officialy released on March 11th throught the band’s website http://www.dobermannweb.net

BUMBLEFOOT Rounds Out “Rock Against Dystrophy” All Star Line-Up

Posted by tarjavirmakari on August 2, 2016
Posted in: Int. News. Tagged: All Star Edition 2016, Bumblefoot, Rock Against Dystrophy. Leave a comment 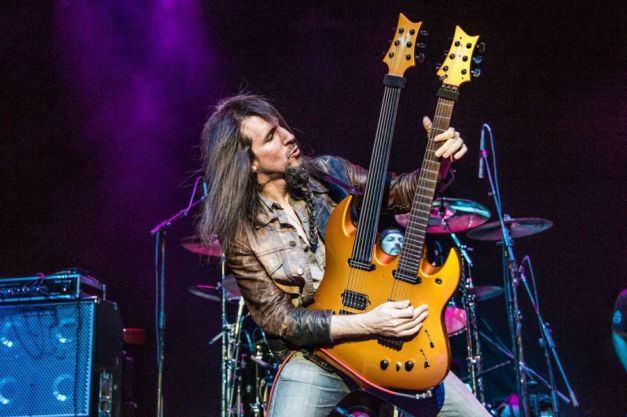 On Sunday, August 21st 2016 the Rock Against Dystrophy All Star Edition 2016 benefit concert will be at The Headliner in Neptune, New Jersey. The show will have TattooTony return to MC the event. The benefit will feature performances by High Octane, Broken Past, New Day Dawn, a special set from New Jersey’s metal legends T.T. Quick and will wrap up with a performance from the RAD All Stars.

As if all those individuals weren’t enough, things are kicked up a notch literally as Bumblefoot is joining the RAD All Stars. Still creating tons of talk with his latest album Little Brother Is Watching and stepping into Metal Allegiance to shred like no other, he is taking the time to give to fight against Muscular Dystrophy the extra kick only he can bring.

Tickets can be bought NOW at http://radallstars2016.brownpapertickets.com/

ART OF ANARCHY: Sign To Another Century And Announce Debut Album

The band states, “We’re all excited our album will be released worldwide on Century Media/Another Century Records and the public will finally hear what this band stands for“.

A teaser featuring songs from the upcoming album can be heard here:

The band started out of an 18-year friendship between Bumblefoot and the Votta brothers, dating back to the local New York music scene. Jon Votta approached Bumblefoot with the idea of putting together a unique new rock band that would have people talking. They knew Weiland would be the ideal singer to handle the band’s musical diversity. Once Weiland was on-board, the band was completed by the aggressive, precise, melodic bass of career-rocker John Moyer.

ART OF ANARCHY has emerged as a band willing to eradicate musical borders in pursuit of something brilliant. For these legendary members, it’s all about songwriting and musicianship, which the band proudly displays on its self-titled debut album. The band also sees Weiland returning to his hard rock roots with a harder-edged sound than any of his previous efforts.

Bumblefoot shines not only as the band’s co-guitarist, but also as the producer and engineer on the album. His world-class guitar playing ranks him as one of rock’s most innovative guitarists.

John Moyer, self-proclaimed hitman from Texas, brings a punchy bottom end that rounds out the sound of AOA. His in the pocket style can be heard throughout the whole album.

Jon Votta, the grand architect behind Art of Anarchy, co-wrote the album and shares lead responsibilities with Bumblefoot. According to Votta, “This is the record I always dreamed of making since I started playing guitar”. Vince Votta came up with the band name based upon these principles: it had to be extreme, uncompromising, and make a bold statement- much like his drum playing.

2015 will be a big year for ART OF ANARCHY. Rock was never dead– just dormant– and ART OF ANARCHY is planning to wake it up. They’ll break all the rules and leave you wanting more Anarchy!