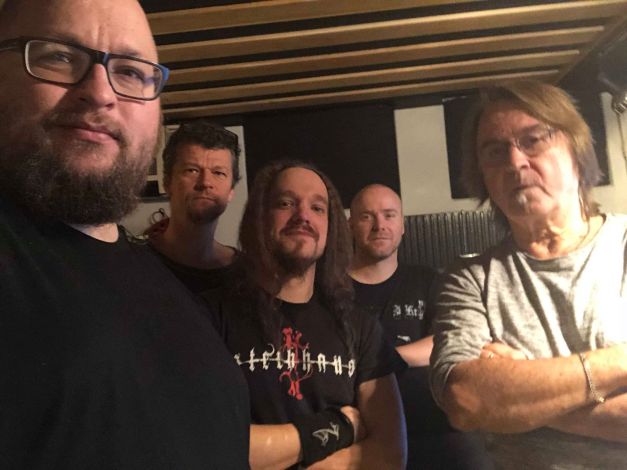 After 2014, CLAYMORDS had a semi-low profile after European/Russian Tour. Now, 2019, the band is scheduled with 6 “Martila Metalfest Tour 2019” events and is ready to release a new song.

“Kongen Av Helvete” is their first release in Norwegian and Swedish and it will be unleashed on March 30th. This is the second time CLAYMORDS travels above the polar circle.

After a few silent years CLAYMORDS are about to release new material. Vocalist Nils Ivar Martila (from MARTILA) says it was the most mentally challenging to record. The song is the first for CLAYMORDS in Swedish and Norwegian.

“We were to record this song with legendary actor/singer Thorsten Flinck, but this failed due to sickness. Fortunately our producer Ulf Wahlberg did Flinck’s lines in the last minute. Wahlberg debuts as a metal artist I the age 67. Single will be out early 2019.”

Furthermore CLAYMORDS reveal that their new full-length album is to be recorded next year!

Fun fact: Ulf Wahlberg has through his pop band Secret Service sold 30million copies. In Sweden they were one of the biggest behind ABBA.

This collaboration is Steinar Albrigtsen‘s absolute first time within the metal genre. The song is made by Nils Ivar Martila and Bjarne Olsen who joined forces with producer/composer Henning Ramseth (Ram-Zet/Return). Ramseth recorded guitar and bass in his SPACE VALLEY STUDIO. The drums were recorded by Erik Röjås CLAYMORDS/Sterbhaus) in Stockholm at death metal veteran and Grave’s mastermind Ola Lindgren at SOULLES STUDIO. Mixed and mastered at SOULLES as well.

The original thought behind the song was to make a song not meant for playing live, which will happen May 6th against all odds.

Here’s Nils Ivar Martila about the process:
“I wanted to do something I have never done before, make a very long song. However, to have the courage to make people listen to ONE song for that extend of time, it had to be intriguing all the way. This, of course was not a new way for me to make music since variation is my signature in all I’ve written. The difference this time is that THE PALE AND THE STORM is three songs in one, a challenge I hope we succeeded. Fortunately, I got two of the best musicians I know to make this happen, Henning Ramseth and Erik Röjås! It was mind-blowing to watch Henning record all from preproduction to finished product, and together with “blastermind” Röjås on drums. It is important for Erik and me that people notice that these are REAL ORGANIC DRUMS, no plastic-fantastic. Cause it is a very unfortunate trend today in the metalrecordings that the drums are not real, they are often moved (in times when drummers can’t play) and trigged. It just loosens the dynamic I feel. I hope others appreciate this too! To add another unusual touch, I asked Karl Henning Lundby to do an accordion solo in the middle of the song. He actually made it to number #8 in accordion world championship. THE PALE AND THE STORM is my life story and is a result that I have never been afraid to try to do stuff others would not, like to play a gig in Donetsk while the war was ongoing around us!” 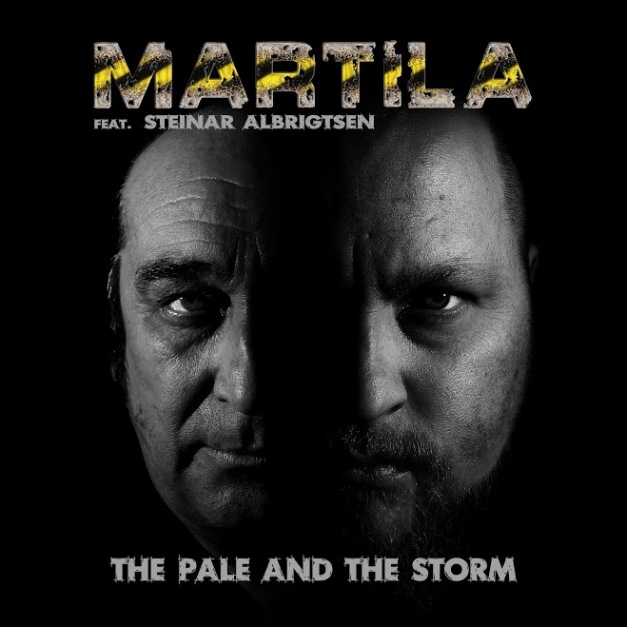 Posted by tarjavirmakari on February 17, 2014
Posted in: News. Tagged: Claymords. Leave a comment

Norwegian death metallers CLAYMORDS have launched the search of band for their upcoming tour with KRAKEN (from Bergen). Read more information below:

CLAYMORDS are searching for a band to tour 9 days with in Ukraine, Romania, Bulgaria, Croatia and Poland. Send email to nimartila@gmail.com. Bands from Norway, Finland, Sweden, Denmark, Iceland is most wanted! Tour starts June 20th.

Also check out below CLAYMORDS’ video “Scum Of The Earth”:

Posted by tarjavirmakari on April 21, 2013
Posted in: News. Tagged: "King Of Death", "Lovesong Of Hate", “SCUM OF THE EARTH”, Claymords. Leave a comment

Norwegian death metallers CLAYMORDS have premiered two new songs “King Of Death” and “Lovesong Of Hate” for streaming via the Italian Rockoteque. Check them out HERE (scroll down the page and push play on mp3-links).

The tracks come from CLAYMORDS‘ upcoming album “Scum Of The Earth”, which will be released on May 4 via Wormholedeath. 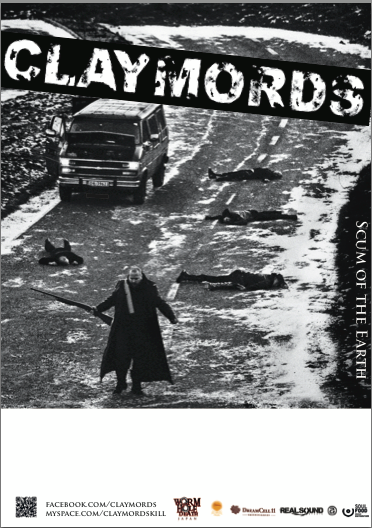 Recently CLAYMORDS debuted their first video for the title song “Scum Of The Earth”, check it out below.

You will be able to read the latest news and updates from the festival here on Metal Shock Finland.

The festival organisers provide a little more background information about the festival, which has been going since 2005:

“METAL CROWD is held every summer in Rechitsa (Gomel Region, Belarus), which is considered to be one of the oldest cities in the Republic (it was mentioned for the first time in 1213). The place itself is situated on the outskirts of the city: Sport complex “NADEZHDA” st. Svetlogorskoe Highway,1 (near the forest). Rechitsa is situated on the banks of the river Dnieper. The fest is held in a location with a picturesque landscape.

For more information check out the official METAL CROWD FESTIVAL website at this location.

The festival official Facebook page can be found at https://www.facebook.com/metalcrowd.festival

Check out the trailer video below: