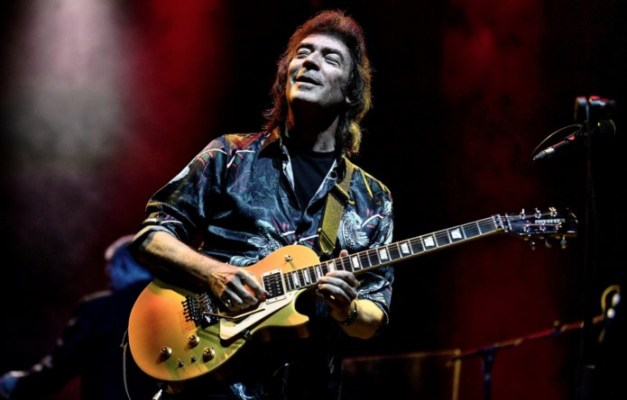 On June 12th, 2020, guitar legend Steve Hackett released a remastered edition of the much-lauded “Genesis Revisited: Live at The Royal Albert Hall” album. Originally recorded at a sold-out show in October 2013 and released through InsideOutMusic in 2014, it was about time this unforgettable gig featuring all the Genesis classics and special guests like Ray Wilson, Amanda Lehmann, Roine Stolt, John Wetton and others receives a proper vinyl release. In addition to that, this 2020 remaster will be made available as digital album, too, allowing all Hackett fans to revisit this great event.

As another teaser for this release, you can listen to ‘Dancing With The Moonlit Knight’ here:

“Genesis Revisited: Live at The Royal Albert Hall – Remaster 2020” is released as Triple-LP set with two CDs in a wide-spined Gatefold sleeve, which also includes a 4-page LP-sized booklet and as digital album.

Steve Hackett Releases Video For ‘Dancing with the Moonlit Knight’ 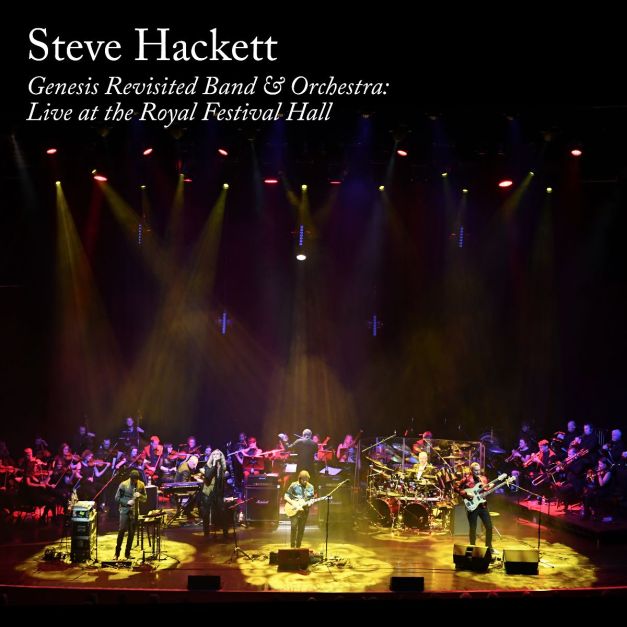 The album was recorded on 5th October 2018 at The Royal Festival Hall, London, during the 2018 Genesis Revisited Tour which fulfilled a long held ambition of Steve’s: to perform the music of Genesis with a live orchestra. The concert featured Steve’s regular touring band of Roger King (keyboards), Gary O’Toole (drums/percussion), Rob Townsend (saxes/flutes) with Nad Sylvan on vocals and Jonas Reingold (The Flower Kings) on bass, together with special guests John Hackett and Amanda Lehmann, and augmented by the 41-piece Heart Of England Orchestra conducted by Bradley Thachuk.

Now, a first track from this stunning release is available, ‘Dancing with the Moonlit Knight’ from Genesis’ iconic ‘Selling England by the Pound’ album, watch the clip here:

Set 1:
Dance On A Volcano
Out Of The Body
The Steppes
Firth Of Fifth
Dancing With The Moonlit Knight
Blood On The Rooftops
Shadow Of The Hierophant

The Blu-Ray also includes a behind the scenes documentary plus promotional videos for ‘Under the Eye of the Sun’, ‘Beasts in our Time’ and ‘Peace’ from the ‘At the Edge of Light’ album as extra! See trailer here: https://youtu.be/hsPYRMwOW-s

2019 is a busy year for Steve. Following the success of the orchestral tour Steve released his 25th studio album ‘At the Edge of Light’ in January. He and the band then embarked on the Selling England/Spectral Mornings Tour across Europe and the USA before they return for 20 dates in the UK in November. This tour marks the first time Steve has performed the whole of his favourite Genesis album ‘Selling England by the Pound’ together with Steve’s favourite songs from his solo ‘Spectral Mornings’ album, celebrating its 40th anniversary, and tracks from his current album.

For a full list of tour dates, please visit http://hackettsongs.com/tour.html