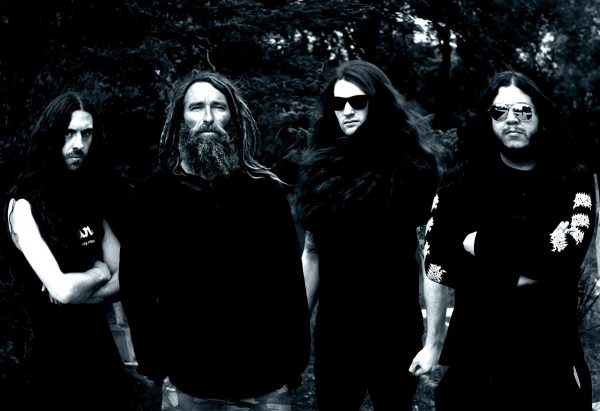 California’s technical death metal purveyors DECREPIT BIRTH have signed a European record deal with Agonia Records. The band is currently working on their 4th studio album, whose release date is planned for late 2016.

DECREPIT BIRTH decided to move to Agonia after the expiry of their previous EU deal with Nuclear Blast Records. The latter will continue its work with the band for North American territory.

On the signing to Agonia & new album, DECREPIT BIRTH commented: “We are very excited to work with Agonia, we feel that it will be a great partnership and give us the exposure we’ve needed in Europe. The new Decrepit Birth will be the heaviest and best album the band has recorded to date. A huge thank you to Agonia Records, we look forward to working with them in the years ahead!”

Officially formed in 2001, DECREPIT BIRTH released three studio album’s to date, which got them a premiere spot on the death metal radar. Their music, infused with technical and progressive twists, managed to forge a very solid international fan base & continues to forge their path into the future as one of the genre’s finest bands.

DECREPIT BIRTH‘s latest album “Polarity” (2010) was well received by critics and entered the Billboard “Heatseekers Chart” at #18, selling well over a thousand copies in its first week of release in USA. The record was supported by the Summer Slaughter tour, which saw the band play with acts such as Decapitated, The Faceless, All Shall Perish, Veil Of Maya and Animals As Leaders.

More details on the band’s 4th album will follow soon.

Posted by tarjavirmakari on October 28, 2014
Posted in: Int. News. Tagged: "The Stillborn One", Decrepit Birth, NECROPHAGIST, Samus. Leave a comment 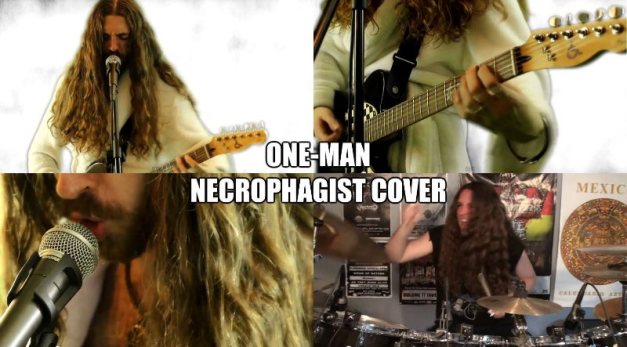 Jesus look alike and drumming mastermind, Samus, of the Santa Cruz death metal band DECREPIT BIRTH, has released his latest video as a cover of NECROPHAGIST‘s “The Stillborn One”, check it out below.  Samus is coming off his recent comical hit “Fart Metal” which is exactly what you think it is – kick ass heavy metal filled with tons of farts.  Samus plays homage to himself in his one-man NECROPHAGIST cover by inserting a few well placed farts into the song to keep things spicy.

DECREPIT BIRTH has been working on new material which will be the follow up to their brutal 2010 release, Polarity.  When asked about the status of the new album, Samus comments “It’s coming.  I promise”. 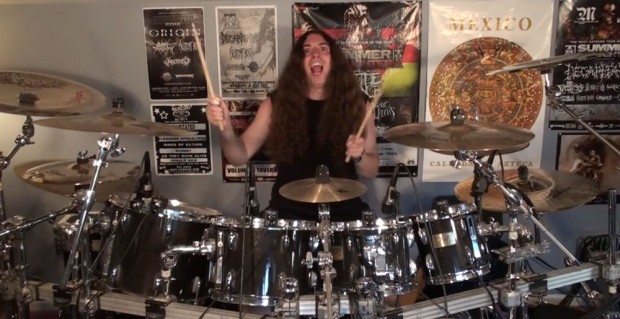 Santa Cruz death metal outfit DECREPIT BIRTH have been working on new material which will be the follow up to their brutal 2010 release, Polarity.

Drummer Samus has been keeping his chops up with his newest cover of “Dance of Eternity” by DREAM THEATER. Check out the video below.

Samus comments on the new material: “This one is gonna be fucking nasty.  Matt and I have bee on Skype every week or so, throwing ideas around each other, bong hits, comparing our nipples, etc… but I have nothing further for you as of this moment.  The music is coming”

Metal Blade has issued that the Vegan Death Metallers CATTLE DECAPITATION will return to Europe in April to tour as direct support to mighty CRYPTOPSY! Also on the bill are DECREPIT BIRTH and THE LAST SHOT OF WAR.

Comments CATTLE DECAPITATION singer Travis Ryan: “It’s great to hit the road with our friends Cryptopsy and Decrepit Birth again… and this time, in Europe! We’ll be hitting some spots harder than usual and some spots we’ve never been and we’re always into that. This might be the only time this year you guys see us so be sure to come out and rage with us!”

Meanwhile the booking has been completed and the routing finalized!

Friends of NDF, we’re proud to announce 5 new bands for this years festival! DEATH TO ALL, PIG DESTROYER, DEVOURMENT, INCANTATION & VADER are added to the line-up!

Due to the expected higher demand for Friday tickets, there will be 1-day tickets available for Friday as well. For all infos click https://www.facebook.com/neurotic.deathfest/info

The Neurotic Deathfest is the biggest indoor extreme metal festival in Europe. On May 3rd, 4th and 5th around 45 bands will play at the 10th anniversary edition of the festival, again held at the 013 venue in Tilburg, the Netherlands.