British metal band DEF-CON-ONE – feat. ex VENOM drummer Antton Lant – released a new single called “Martyr to the new Blood” earlier this month. It’s the first single from the new yet untitled album. It’s also the first single to feature the new lineup, which is (from left to right in the photo):

Antton said, “large cracks were beginning to show in certain peoples commitments towards the band, and after working on an album for over two years interest from members was fading. In early 2017 I was forced to replace some members. Crol Dunn was brought in on guitar and Rodrigo BVevino was brought in on vocals. Writing and Recording was going so well with a snippet of “Brute force and ignorance” getting released and receiving overwhelming reviews, unfortunately Rodrigo was given some terrible news and sadly passed away later the same year.

I wasn’t sure what to do at this stage but after being contacted and receiving alot of recordings from various singers wanting to join the band we decided to concentrate on writing and recording until the right person was found to sing for the band.

We auditioned quite a few singers and we feel Danny’s ability and personality will fit the band 110%. With a fresh new guitar and vocal style we needed a bassist with the skill to perform complex riffing, Brian’s sound and attitude fits right in giving the band a new lease of life and opening up new possibilities and experiences. The band is now putting the finishing touches to the new tracks.

October 2018 saw’s the official release of our new single “Martyr to the new Blood”. The track was recorded in “Colossus Studios” in Newcastle upon Tyne and was mixed and mastered by Andy Mallaby the Bassist from North East Deathcore band Osiah. The band have been hard at work writing rehearsing and recording new tracks for the new album and promise this to be a killer album from start to finish. Def-Con-One have also been added to next years HRH Metal festival in Birmingham.”

Listen to “Martyr to the new Blood” here:

British metal band DEF-CON-ONE – feat. ex Venom drummer Antton Lant – will be releasing a new single called “Martyr to the new Blood”. It’s the first single from the new yet untitled album. It’s also the first single to feature the new lineup. Stream the song below.

The track was recorded in “colossus studios” in Newcastle upon Tyne and was mixed and mastered by Andy Mallaby the Bassist from North East Deathcore band Osiah.

The band has been hard at work writing rehearsing and recording new tracks for the new album and promise this to be a killer album from start to finish.

DEF-CON-ONE have also been added to next years HRH Metal festival in Birmingham.

Listen to “Martyr to the new Blood” here:

UK’s DEF CON ONE Founder and Drummer Antton Lant has issued the band update, announcing that the full 2017 line-up will be unveiled soon:

When the band kind of fell to bits back in February I was gutted, I’ve had this band for 20 years now with a lot of line up changes over the years, the band only really started to work once I left Venom and put my all into getting things rolling.

I basically looked after every aspect of the band, from booking all our gigs to getting the record deals the band had etc.

I was basically left on my own not knowing what to do, I’ve been inundated with messages from people wanting to join the band or wanting me to join their bands, a couple of quite well known bands too, and lots of messages suggesting I carry on with the band with new people, I still wasn’t sure what I wanted to do, one thing I definitely did not want is a parody, I didn’t want anyone wanting to sound or look like past members.

I want people to be them self’s, which I’ve definitely found, since I have written most of the stuff since day one it will definitely still sound like Def-Con-One. A good friend of mine that I’ve known over 30 years suggested a singer and I sent him a few backing tracks I had and let him do his thing, I was floored when I got them back, it’s very different and very powerful, He doesn’t sound like any of the singers that have gone before him, and it most definitely still sounds like Def-Con-One.

I put this short clip together and sent it to a chosen few in the industry to get feedback, people I’ve worked with, promoters and Dj’s, I am over the moon with all the feedback.

A few people saying similar things about other bands, you know some people like Paul Diano in Maiden, some prefer Bruce, some prefer Blaze, I know people who prefer Dio over Ozzy in Sabbath, Or Bon over Brian in AC/DC,  its all down to taste and I think fans of Def-Con-One will like what they hear.

Here is a short clip of an old track called Brute force and ignorance; it’s the old backing with a new vocal over it.

Full 2017 Line-up will be announced soon with photos etc.

Posted by tarjavirmakari on September 10, 2016
Posted in: Int. News. Tagged: "Anarchy in the UK", Def-Con-One, SEX PISTOLS. Leave a comment

British metallers DEF-CON-ONE have released a free to download track, a cover of the SEX PISTOLS classic “Anarchy in the UK”. There is also a video available for the track, watch below. All the footage was filmed at this year’s Download festival where DEF-CON-ONE headlined the Broadie takeover stage.

Commented Antton Lant, drummer of DEF-CON-ONE:
“We were just messing about one day at rehearsals when me and Steve started jamming out the track, then Davey and Johnny joined in and it was sounding great. We jammed thru it a few times then we decided to put it in our live set as a last track. The crowds went abolutly crazy for it. Quite a few people suggested we should record it and release it.

After our performance at this year’s Download festival where we filled the tent, 7,000 crazy metal heads were screaming along to the track, we got hold of some footage from the gig so we’ve put the footage to the track”.

DEF-CON-ONE are currently working on album number three, which is due out early next year.

You can download “Anarchy in the UK” track free at this location.  And you can watch the live video here:

DEF CON ONE To Headline Boardie Takeover at Download Festival 2016 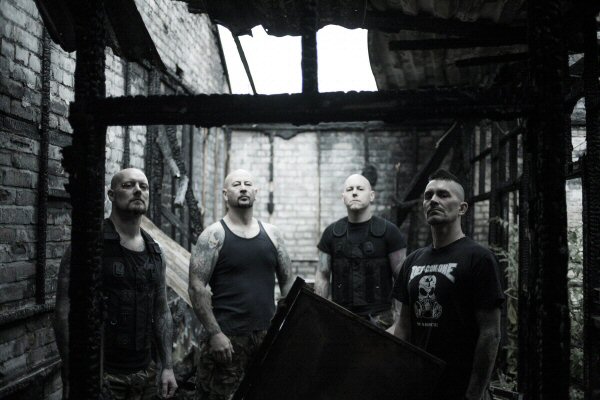 British groove metal Punks DEF CON ONE are confirmed to headline this year’s “Boardie Takeover” at Download Festival, a warm up evening on June 9th at the Doghouse Tent of at Download!

Comments Takeover organizers:
This years Takeover headliners DEF CON ONE hail from Newcastle and are prepared to bring their demolition ball of groove metal and punk to Donington for the first time so get your Warface on and prepare for an all out assault on the senses.

DEF CON ONE adds:
“we are so stoked to be playing at such an awesome festival, were all buzzing and cant wait to get on that stage and crush some heads” 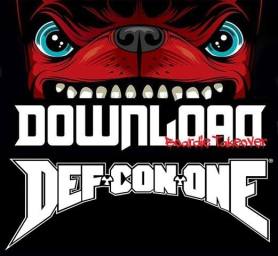 To celebrate the milestone of holding our 5th festival in 2016 here at Beermageddon we felt it was important to not only bring you the best new metal talent but also remember those bands who played such an integral part in our success, as those were the bands who cemented Beermageddon as Britain’s premier underground metal festival, and who better to take our Saturday night headline slot than the band who closed the very first Beermageddon back in 2012… 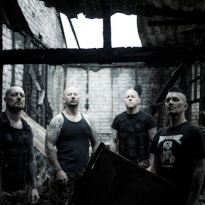 Having closed the very first Beermageddon back in 2012 we knew we had to welcome back… DEF CON ONE! They provide an unrivaled live show of pure energy and aggresssion and a musical style that ranges from pure heavy metal to punk and hard rock influences. This results in pure face ripping, neck snapping metal perfection! In 2012 DEF CON ONE laid waste to the stage in Derbyshire and will take no prisoners as they launch an assault on Bromsgrove at Beermageddon 2016!!!!!!!

The band that closed Bermageddon in 2013 make a triumphant return to the stage in 2016 as we welcome back ANIHILATED. And the band have a massive treat for all you Geddonites as they promise an exclusive UK live set including the only UK performance at a festival playing the entirety of “Path to Destruction Reborn”. Anihilated cemented their status as firm festival favourites in 2013, a performance many of us are still recovering from and when these thrashers return in 2016 there shall be no mercy, brace yourselves Beermageddon, brace yourselves!

Providing a technical, progresssive groove metal we welcome into the Beermageddon fold… CAMBION. A band who have been making a very big name for themselves over the past few years having toured across Europe and played some of the big festivals their reputation as one of the biggest upcoming names in metal is well deserved…. Cambion are tight, technical, and groovy, combining many aspects of modern metal into their own unique expression of melody, and they bring all of this and more to Beermageddon 2016!!!!!!!