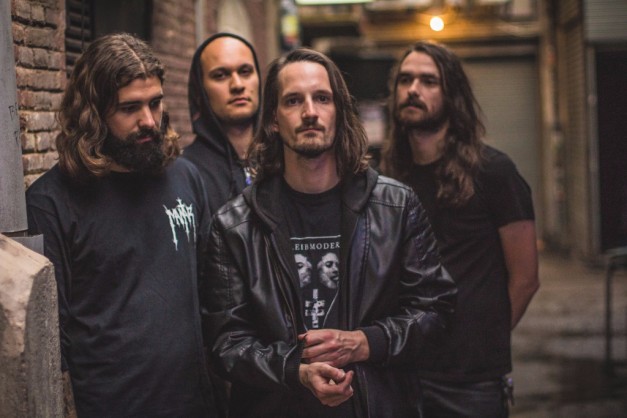 DER WEG EINER FREIHEIT are now releasing the live performance they recorded for Metal Injection’s ‘Slay at Home’ Festival on the digital streaming platforms. Listen to the Covid-19 sessions HERE.

The ‘Slay At Home’ virtual livestream aired on May 29th & 30th and was organized by Metal Injection. The goal was to raise funds for the MusiCares Covid-19 Relief Fund helping artists, crew and industry workers during financial crisis, as well as the Global Giving Coronavirus Relief Fund. 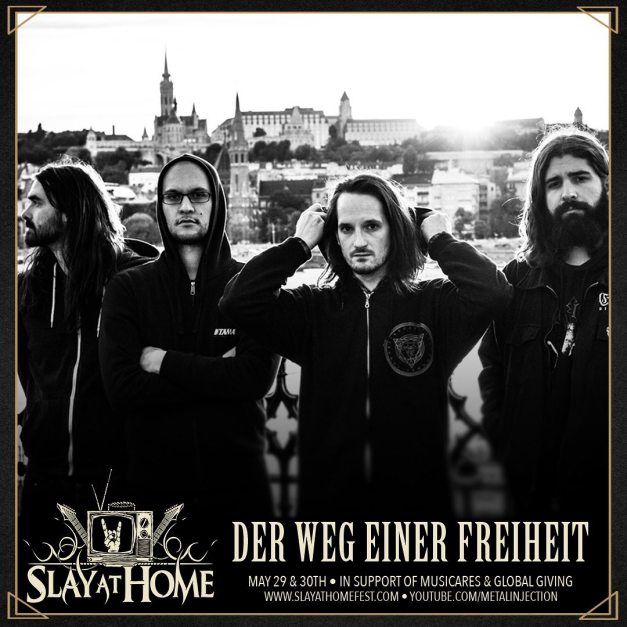 DER WEG EINER FREIHEIT will be live streaming a performance for Metal Injection’s “Slay at Home” festival. The virtual metal music and art festival will take place from May 29-30.

Slay At Home will be an artfully curated two-day livestream event with exclusive never-before-seen performances from over 30 bands, a dozen cover song collaborations, commissioned music from artists that will debut at the fest, special guest appearances, art installations and much more!

The Slay At Home virtual livestream is set to air on May 29th & 30th at the Metal Injection YouTube page for free, in an effort to raise funds for the MusiCares Covid-19 Relief Fund helping artists, crew and industry workers during financial crisis, as well as the Global Giving Coronavirus Relief Fund, an organization helping front line workers in need during the crisis. The donation pages are now live, please lend your support before the big event. For more information on the event and the cause visit the festival website.

More information on the festival, including the first wave of bands, can be found HERE.

DER WEG EINER FREIHEIT previously released their new live album ‘Live in Berlin.’ The show was recorded in the venue Lido, Berlin (DE) on October 14, 2017. Listen to the album HERE. ‘Live in Berlin’ can be ordered HERE.

DER WEG EINER FREIHEIT have partnered up with Metal Injection to premiere the full stream for their upcoming live effort, ‘Live in Berlin’. The album can be heard at THIS LOCATION.

‘Live in Berlin,’ which was recorded in the venue Lido, Berlin (DE) on October 14, 2017, will drop this Friday, March 1 via Season of Mist. The album can be pre-ordered HERE.

DER WEG EINER FREIHEIT have previously announced a European tour in celebration of their 10th anniversary, in which they will be supported by CELESTE, AU-DESSUS, and THE DEVIL’S TRADE. The full itinerary is as follows:

Irish Pagan Metal Gods PRIMORDIAL have just finished recordings on their new studio album ‘Exile Amongst The Ruins‘ to be released by the end of March in 2018, via Metal Blade Records! 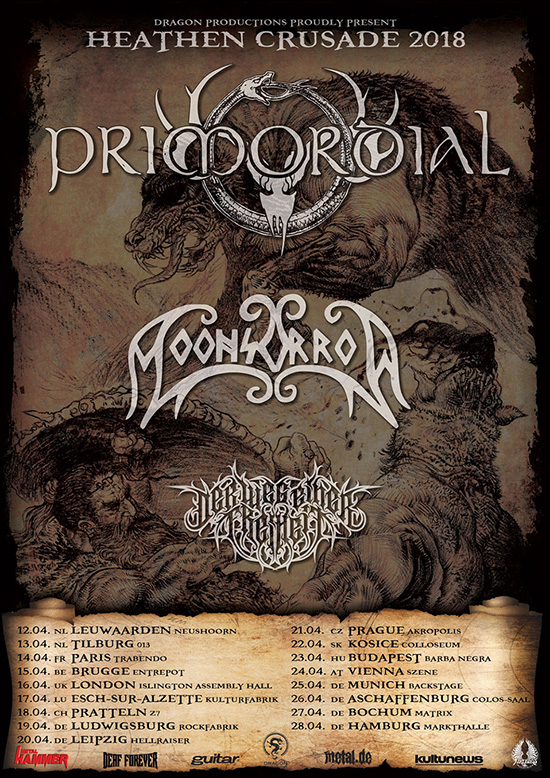 Comments PRIMORDIAL: “Twelve years after the original Heathen Crusade and in truth way too long we will go back on tour with Moonsorrow. A lot has changed in the world since then, more scars, more hangovers, deeper lines in our faces, but nothing changes our spiritual bond. Heathens to the bitter end and worse hangovers as we pace ’til death!“

Comments MOONSORROW: “With great pleasure we announce a European tour with our good friends Primordial! With these Irish fellows we had our first ever European tour in 2006. And it feels like just a few years back! Moonsorrow and Primordial always had a spiritual bond, something that makes a special line up for a tour. Don’t miss this rare chance to catch us on the same tour!“

Comments DER WEG EINER FREIHEIT: “As big fans of Primordial ourselves it’s with great pleasure to announce that we are supporting the Irish legends on this tour along with Moonsorrow. We appreciate the chance to be part of this great package and can’t wait to present our album “Finisterre” to new audiences all around Europe. Get your tickets now and see you in April!“ 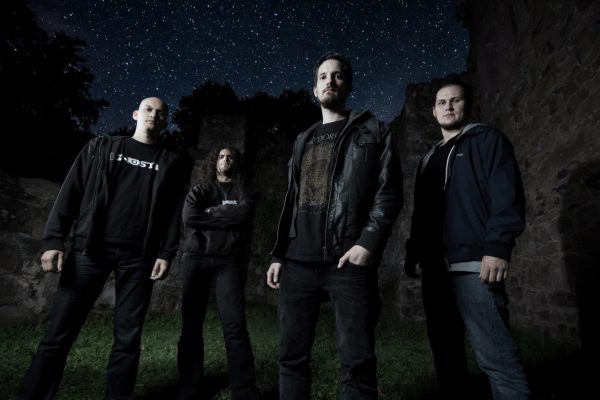 Rising German black stars DER WEG EINER FREIHEIT will join the Portuguese legends MOONSPELL throughout France and Spain as well as for two special shows in London, UK and a last gig at the Eindhoven Metal Meeting, Netherlands in the bleak days of December. Check out the shows below.

Frontman Nikita Kamprad comments on behalf of DER WEG EINER FREIHEIT: “We are thrilled to kick off our last tour of the year in support of the legendary MOONSPELL in a couple of days. These shows will be the last as regards the ‘Stellar’ album-cycle, before we enter the studio to record our 4th yet untitled full-length early next year. We are looking forward to great shows in Spain, France, UK and the Netherlands and cannot wait to see you all there!”

A list of the forthcoming shows can be viewed below.

With this tour, DER WEG EINER FREIHEIT are performing the final dates in support of their latest full-length ‘Stellar’ (2015), before entering studio to record a new album. ‘Stellar’ is still available in various formats from the Season of Mist shop: http://smarturl.it/DWEFshop

German underground black metal visionaries DER WEG EINER FREIHEIT have announced a headlining European tour. The tour, which begins on March 11 sees the band making stops in the UK, Germany, France, The Netherlands, Spain, Austria, and more. A full list of confirmed tour dates can be found below.

DER WEG EINER FREIHEIT is touring in support of their new album, ‘Stellar’. The album, which has been described as “fine a specimen of hi-fi icewinds as you’re likely to encounter these days…It’s what a music writer would call “an outstanding triumph of execution” (Stereogum) and “a near-perfect snapshot of the genre. Its power and its potential. Both what it is, and what it can be.” (No Clean Singing) is streaming here.

Established in 2009, DER WEG EINER FREIHEIT have since made waves across the underground black metal scene in Germany with the release of two full length albums and well-received Eps in between. In their short time as a band, DER WEG EINER FREIHEIT has already toured alongside SHINING, ENSIFERUM, THE OCEAN, and more, and already performed at several festivals in Europe including Graspop, Summer Breeze Open Air, Hellfest,  Blastfest, With Full Force Open Air, Barther Metal Open Air and Wolfszeit Festival.