Following the very successful Black Rituals tour in northern/central Europe this fall,  Diabolical  and  Batushka are announcing that they are getting together again to do another European tour, this time focusing more on the southern regions of our continent.

Although both bands have had busy tour schedules in recent years, a majority of the shows announced for this tour are in regions that neither band have visited for many years.

Celebrating 25 years as a band, Diabolical are preparing a special set with songs that haven’t been performed live in recent years, but also new material.

“The tour we did with Batushka last fall was far beyond our expectations. The atmosphere and the great attendance at the shows really proved to us that the live scene is very much alive and well, despite the obvious difficulties the last couple of years. So, we felt that we should get back out there again as soon as possible. As always, we aim to bring new material to the table. But since this will be a part of our 25 years anniversary celebrations, we are also aiming to bring some tunes to life that we haven’t played for some time. Can’t wait!” comments guitarist Carl Stjärnlöv.

The band is also aiming to put out new material in 2022, for the first time since the critically acclaimed “Eclipse” (Indie Recordings, 2019)  to join another journey, this time focusing more on the southern regions of our continent.

To commemorate the 25th anniversary of “Passage”, SAMAEL will be performing the album in its entirety plus other material past and present.

The band will be visiting 18 cities in 10 countries and Diabolical from Sweden will be the supporting act on all the dates.

DIABOLICAL To Release New Album “Eclipse” In February, Touring With SEPTICFLESH And KRISIUN In March/April

Swedish innovative blackened death metallers DIABOLICAL are set to release their new album “Eclipse” on February 15th, watch below the first two songs from the album. Furthermore the band will be touring Europe with SEPTICFLESH and KRISIUN in March/April.

Stated the band:
“2019 is looking to be a defining year for Diabolical. Our new album “Eclipse” will be released on February 15. It’s been a long and hard process and soon we will finally be able to share it with you all. In March/April we are touring five weeks with SEPTICFLESH and KRISIUN covering most of Europe, and after that we are looking to do even more shows. We are very much looking forward to play new songs for you and share thoughts and drinks with many of you during our travels throughout Europe. Fabulam novam scribemus vivimusque!”

See all the tour dates and details here.

Watch the first two songs from “Eclipse”: “We Are Diabolical” – “Betrayal”

More than twenty years after their formation in northern Sweden, innovative blackened death metallers DIABOLICAL proves to be more vital than ever and puts forth “Eclipse”, a concept album reflecting on the dark side of humanity that forces the listener to explore his own diabolical side. The album is a tour de force with spitting musical and aesthetic complexity swirling around a dense soundscape of excellently distilled and refined ideas, altogether forming a rare display of musical craftsmanship equaled by very few contemporary metal bands. With nine gracefully raging songs, “Eclipse” presents DIABOLICAL as a mature and sophisticated band on the rise to new heights.

Supported by Brazilian death metallers KRISIUN and Sweden’s DIABOLICAL, the “Codex Omega” European Tour 2019 will start in Essen and conclude in Ludwigsburg after almost two months on the road.

Just recently, the band announced a unique live event in which they will perform their characteristic brand of symphonic death metal accompanied by a full orchestra and choir featuring over 100 musicians! The show, which has already sold out, will take place at the Metropolitan Theater in Mexico City, on February 2nd 2019 and will be captured on film for a future DVD release.

SEPTICFLESH‘s unique blend of symphonic arrangements, avant garde elements, atmosphere and eviscerating extreme metal has been converting legions into fans since the 90s. Now, with a streak of modern classic albums under their belt such as “Sumerian Daemons” (2002), “Communion” (2008), “The Great Mass” (2011), “Titan” (2014), and now “Codex Omega” (2017) there seems to be no stopping this creative juggernaut.

SEPTICFLESH‘s latest album »Codex Omega« is the first to feature former DECAPITATED drummer Kerim “Krimh” Lechner. Months of hard work and experimentation crafted the album, and resulted in 10 compositions of dark sonic bliss. Lyrically and musically, »Codex Omega« is by far the most infernal release of SEPTICFLESH to date. The album was produced by highly acclaimed metal producer, Jens Bogren (OPETH, AMON AMARTH, KREATOR). Besides the orchestral side represented once again by the Filmharmonic Orchestra of Prague, the band utilised traditional instruments such as Oud and Duduk and also a 12 string electro-acoustic guitar, enhancing the mystical atmosphere of the compositions. Of course as always, »Codex Omega« is dominated by the relentless death guitar riffing and the pale melodies that are the trademark of SEPTICFLESH.

Posted by tarjavirmakari on May 31, 2016
Posted in: News. Tagged: "Umbra”, “Decline”, Diabolical. Leave a comment

Swedish forward thinking metallers DIABOLICAL are back with the brand new EP “Umbra”.  After having caused quite a stir in the metal scene with the highly acclaimed concept album “Neogenesis” in 2013, the band has started a new trailblazing chapter of their history. With “Umbra” DIABOLICAL continues to craft inventive music, moving seamlessly between crushingly heavy and dark to delicate and ethereal.

The recordings are produced and mixed by Sverker Widgren at Wing Studios (Stockholm), and the artwork is created by Carl Stjärnlöv. UMBRA will be released worldwide as a digipak cd, and on all digital platforms on July 8th via ViciSolum Productions.

A first taste comes in the song “Decline” that can be checked out here: 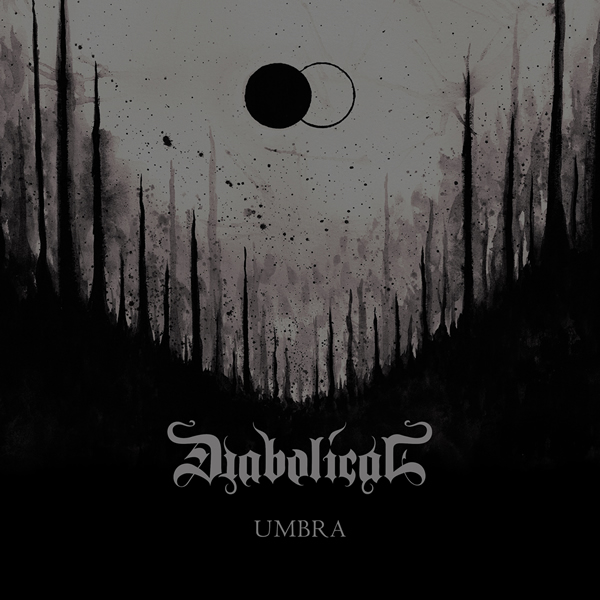 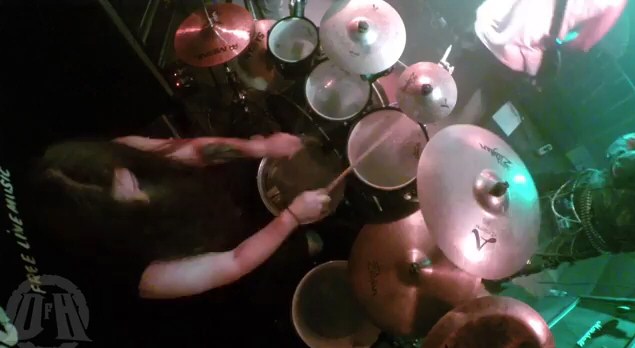 Recently Swedish death metallers DIABOLICAL played at Leśniczówka club in Chorzów (Poland), on their “Neogenesis Tour 2014″. Drummers From Hell have posted another drum cam video footages of Pär Johansson‘s performance for the song “Pavor Nocturnus”, check it out below. (Courtesy of Rafał Habrajski)

Also check out drum cam for “Metamorphosis”, which we posted last Friday:

Recently DIABOLICAL has released a new video “Oracle” from their latest album “Neogenesis”, which comes with a book written by Carl Stjärnlöv with each chapter represented by each song on the album. The album is available via ViciSolum Productions.

Guitarist Carl Stjärnlöv comments, “The concept of the ‘Oracle’ song and the Oracle chapter of the Book of Neogenesis is very special. It has a deep meaning to the concept of Neogenesis and it represents a turning point in the story of the protagonist. The chapter and the song take place in a mystical place full of symbolism and we wanted to stay true to the arcane nature of the song in its visual representation. We filmed in several countries and have put a lot of effort into making this a very pleasant visual experience which we hope you will appreciate.” 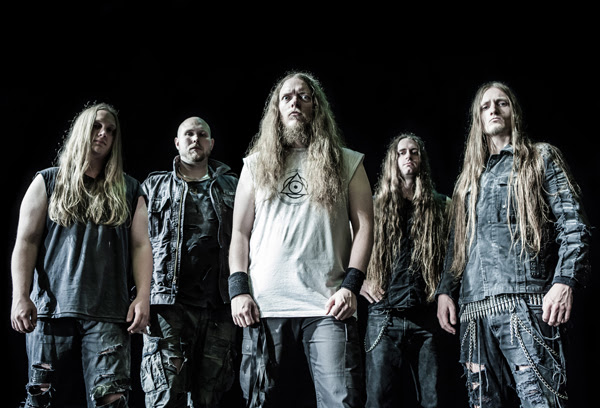