Heavy metallers DIVINE WEEP have just released their new single and music video ‘Austere Obscurity’. The single was registered at the turn of January and February in Bialystok Dobra 12 Studio by the sound producer, Piotr Polak, who was also in charge of mix and master. The band had already worked with Polak when recording guitar, bass and vocal tracks for the ‘Tears of the Ages’ album, which was published by Metal Scrap Records last year in July.

‘Austere Obscurity’ is the effect of DIVINE WEEP musicians collaboration with the new vocalist – Mateusz Drzewicz of the Warsaw band Hellhaim, who has replaced Kamil Budziński. Matt’s wide and varied vocal range made it possible to introduce some new elements to the band’s music style. Apart from melodic heavy and power metal, in the guitar parts one can also observe some trash or black metal influences, stemming from the band’s origins. Arguably, it might be the future direction of DIVINE WEEP new album.

In the meantime, DIVINE WEEP continue to promote their album ‘Tears of the Ages’ during the second part of their concert tour ‘Tour of the Ages 2017’. 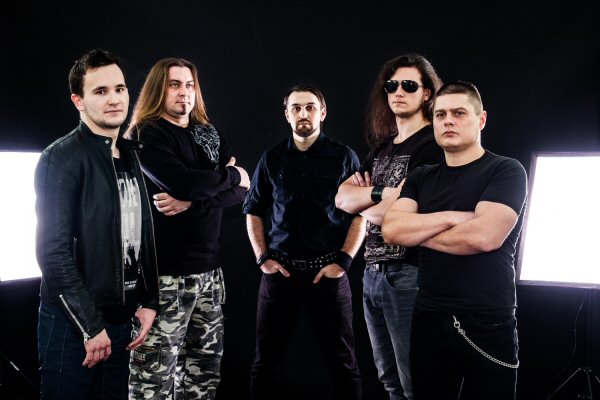 ‘Tears of the Ages’ is the title of the new album, released on October 1st, by the heavy metal band DIVINE WEEP. The album, which is the successor of 2013’s ‘Age of the Immortal’, consists of 10 compositions, including 2 bonuses. Their classic heavy/power metal style should attract fans of bands such as Judas Priest, Manowar, Iron Maiden or Helloween.

Studio work lasted from March to September this year. Drum tracks were recorded in the renowned Hertz Studio, who’s working with world’s leading metal bands (Vader, Behemoth, Decapitated and many more), while guitars, bass and vocal tracks were recorded  in Dobra 12 Studio, supervised by Piotr Polak. The whole was mixed and mastered in Hertz Studio as well.

An interesting bit is definitely the guest appearance of Wojciech Hoffmann from the band Turbo in the title track. The musician, an icon of Polish rock and metal, played an exceptional solo, which certainly gives the song an additional bite. The band has already made available the opening song ‘Fading Glow’, stream it below. Furthermore the band unveils that shortly also the title track will be released for streaming. 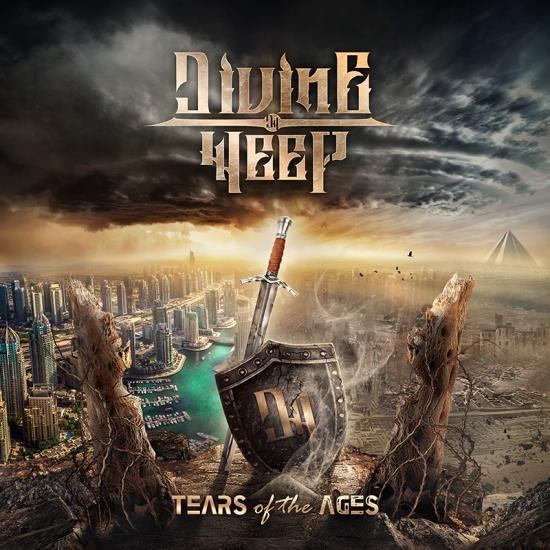 Polish heavy metallers DIVINE WEEP are preparing to record their sophomore album, the successor to its 2013 release, “Age of the Immortal”. The session is planned for March 2015 in the well-known Hertz Studio (Vader, Behemoth, Decapitated). The sound will be engineered by Piotr Polak and Sławek Wiesławski, the mixing and mastering process will be handled by Wojtek Wiesławski.

The album will feature nearly 50 minutes of heavy/power metal, including songs from the previous release and four completely new tracks. The album will feature a guest appearance by Wojciech Hoffman from polish legendary band TURBO. This might not be the only guest, but I don’t want to unveil all the details now.

A few weeks back the band premiered a video for the title track from their last album, watch it below. The song “Age of the Immortal” has been re-recorded at Hertz Studio with the new members who joined the band after the album’s release. Thanks to the new musicians, especially the new, charismatic and powerful singer, Igor Tarasewicz, the song gained a newfound energy and meaning. The clip has been made with the help of Winland Historical Brotherhood (http://www.winland.pl)

Divine Weep has been formed in 1995 as a black metal band, gaining recognition both in the country and outside of it. During the years of inactivity the band’s style evolved into classic heavy metal in the vein of giants such as Iron Maiden and Helloween. The band came back to life in 2010 with a bundle of new songs and recruited new members, getting a new chance to shine among Poland’s metal scene, which resulted in a lot of gigs including those supporting bands such as Hunter, Turbo and Blaze Bayley (ex-Iron Maiden).