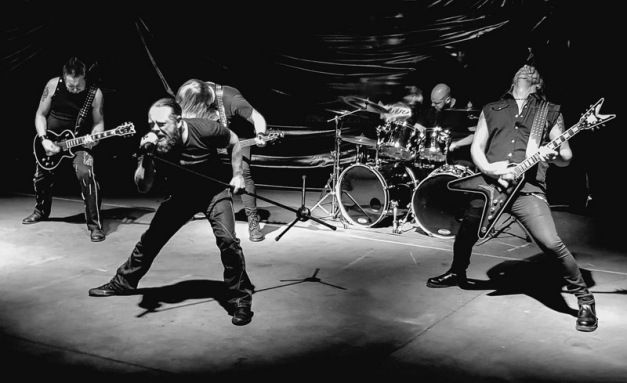 Swedish metalists EVIL CONSPIRACY have release an online single from their forthcoming album Evil Comes, due for release worldwide via Sliptrick Records on February 19th. The release will be the bands first full-length material since 2014’s Prime Evil and the track Golgotha proves that Evil Conspiracy have lost none of their edge.

The band go on to explain; “The song Golgotha is about how all humanity is driving the world to hell and we all have to carry the cross… We all have to answer for what we have done.”

Swedish metalists EVIL CONSPIRACY have released another potent taster from their forthcoming album Evil Comes, set for release worldwide via Sliptrick Records on February 19th, 2019. The song is called Dogs Ov War and sounds exactly as it reads, with it’s balls very firmly fixed to the wall. Check out the brand new official video below.

The group also plan to release a single in the next couple of weeks which will come in the form of the track Golgatha, due out on January 18th.