Srdjan Brankovic’s EXPEDITION DELTA just released a new music video for the track “Thank You For The Good Times” taken from the album “Expedition Delta II” out now via Perris Records. Watch the video below.

Furthermore, exciting news concerning an exclusive deal may be now announced: Chianti Rock is the new extraordinary endorser of the international supergroup! The renowned brand of Made in Italy is going to produce a superb quality of unique red wine dedicated exclusively to Expedition Delta and their new hit “Thank You For The Good Time”. 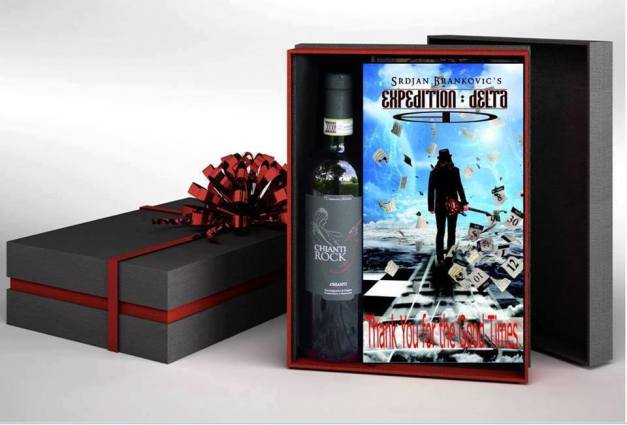 “The idea –says Domenico Tancredi CEO at Chianti Rock– is to connect one of the world famous brand of Made in Italy to amazing music, which is synonym of freedom and energy. This is the basic idea of Chianti Rock.  This wants to be a product where music and Rock & Roll lovers gather and share events, passions and pure emotions. This wine comes from pure passion and love for the earth. I combined in it my long time passions:  Chianti and Rock & Roll.

Strong and intense, this wine is extracted from Sangiovese grapes only, grown and produced according to the production regulations of Chianti Consortium. And Chianti Rock would uniquely customize your events. It is born to gather the numerous and multiple customers who love to listen to great live music. It can also be an original and exclusive gift for friends, customers or colleagues”

To connect the excellence both in music and wine, the deal has been enshrined.

To celebrate the joy in life, the thankfulness towards Life’s gifts, an original package, a new Case of Rock is born from the combination of amazing music, a delicious wine, a unique brand worldwide renowned, an authentic love and strong passion.

Watch the new video “Thank You For The Good Times” here:

Or to have a preview of the whole album here: https://youtu.be/_fzzib_VRT8
You can buy your Chianti Case of Rock here: http://www.chiantirock.com/chianti/en/case-of-rock-2/ 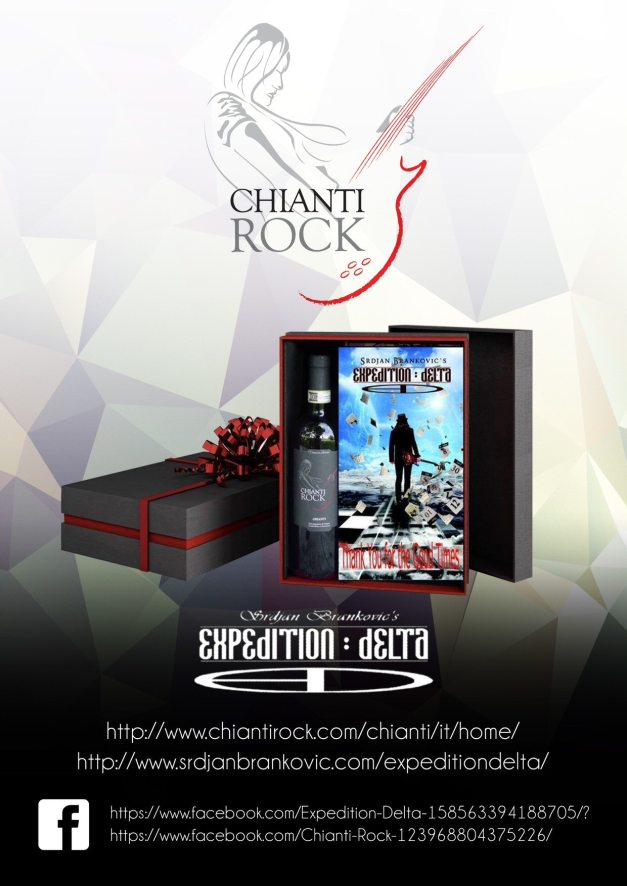 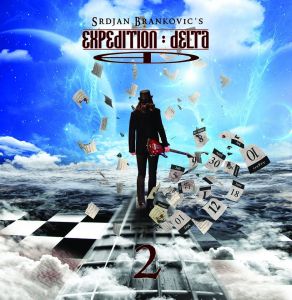 “Expedition Delta 2” Tracklist:
Spectacular
Break The Rules
Thank You for The Good Times
Fly With Me
Canis Major
Without You
The One Who Lives A Dream
House of God
Don’t Believe
Remember Me
Connected

The return of the Serbian supergroup of progressive metal.. Srdjan Brankovic is back with the new album “Expedition Delta”!

The album is an excellent piece which doesn’t lack of its own style, with an incredible composition. In every track we appreciate the remarkable work that led the composition and its recording.

The first track «Spectacular» having a heavy and solid beat on drums as a real Hard Rock son has given start to the album Expedition: Delta 2. «Break The Rules» gives a slight impression of listening to Iron Maiden at its beginning, as the bridge comes we can appreciate the change of pace to a song with a gloriously melodic instrumental ending.

«Thank You for the Good Times» is a song which we can easily connect with its lyrics, a good partner who we could have had at some point and right now we yearn and weep, has an incredible structure in their chords which will make you addicted to the song easily.

Advancing, just like a mixture of ’70s rocks with 2000 alternative we have «Without You» a track with many details on its composition and sung with an incredible voice, short but beautiful!

«The One Who Lives a Dream» has a relaxing intro and then it becomes a little dark but melodic at the same time, with extraordinary arrangements. In the «House of God» we have a peculiar song, nothing on the album resembles to its sound, loaded guitar chords with the great metal taste in it! In fact, it’s endlessly-playable.

Indeed, the second half of the album is loaded with action, and continues with «I Don’t Believe» which makes us think about do we really have to believe? Will we ever believe again in love?

«Remember Me» Absolutely lovely, it is the time when we think about all of the above and reconsider, do we really want this?  A soft guitar solo as charming as the pace of the bass when you detail them together. To its ending, «Connected» which I would say was the best option to leave it as last track, we can see how each instrument works on every fragment of the song, giving the highlights of each of them, it seems the final result of a jam session and then was recorded into the album, just rock! Genious!

You can connect with many of the songs, as if they were really made to catch you – isn’t it supposed to be? … trapped in their netting and then they’ll be stuck on your mind, there are no words to describe this feeling, when it’s made with the heart.

The album leaves you wishing more of this desirable work in the future: soulful, fascinating lyrics and addictive melodies, clearly understandable diction in singing. “Expedition: Delta 2” is grandly a good job of Srdjan and his musicians. Magnificent.