Greek power metal icons FIREWIND, the band of former Ozzy Osbourne guitarist GUS G., have signed a worldwide record deal with German metal label AFM Records. The collaboration between the band and AFM already started with the latest FIREWIND album “Immortals”, which AFM released in the North American territory back then.
Subsequently, GUS G. signed with AFM to also release his solo albums together, and now we are happy to announce that also FIREWIND’s future albums will be released worldwide by AFM.

„After working together with AFM Records on my latest solo album “Fearless” and seeing the great results that were achieved, the passion and care they put into the project, it felt natural to extend our partnership and bring Firewind under the same roof. This is something I’m very excited about and I’m also happy to announce that we’re already working on the follow up of “Immortals”. We plan to enter the studio after our Summer tour with Queensryche wraps up in August. Stay tuned for further announcements!“ 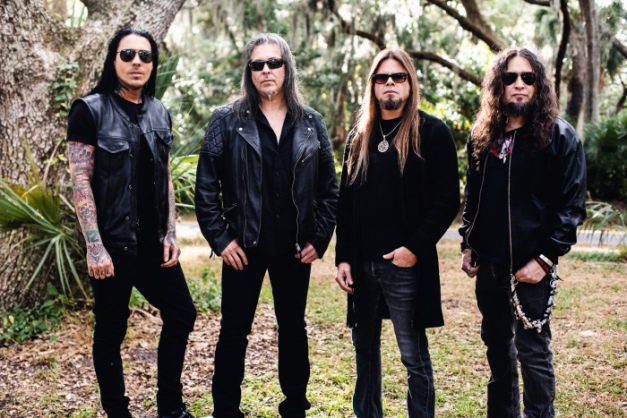 While currently being on their headlining tour through the US, QUEENSRŸCHE are excited to announce further European tour dates for late fall 2019. They will be joined by Greek power metallers Firewind. Prior to that, QUEENSRŸCHE will be playing some of the most renowned European festivals alongside selected club shows in support of their new album “The Verdict”, which is out since March 1st , 2019, via Century Media Records. 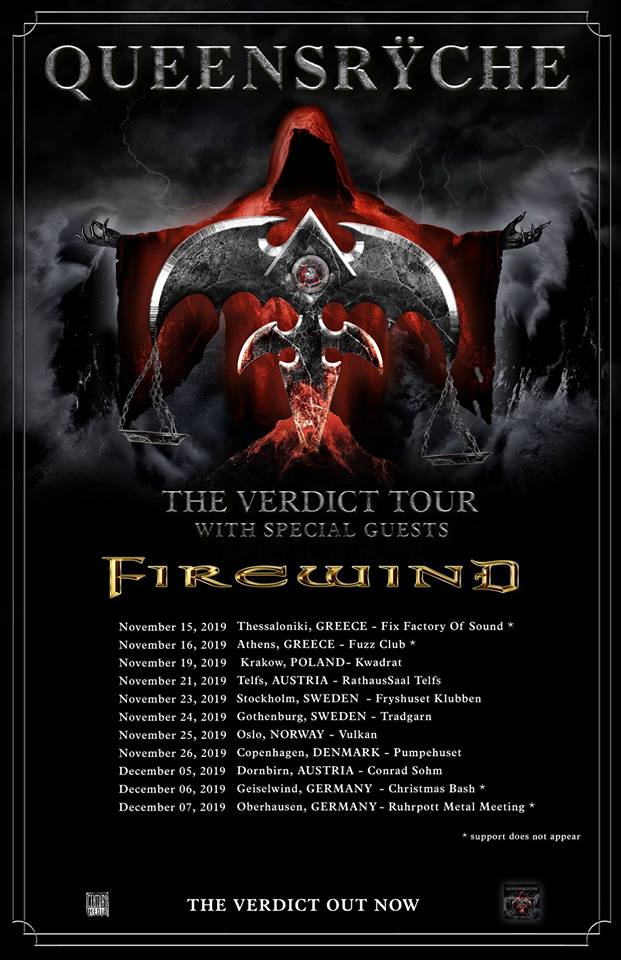 Check out the videos for:

Go Loud Agency, in collaboration with Darkside Records, is proud to announce that all-star band MAYAN – feat. members of Epica, Nightwish and Firewind, among others – will play four exclusive shows in the Baltic States, with very special guests CARTHAGODS (TN). The Baltic tour will hit Tallinn (EE), Riga (LV), Liepaja (LV) and Vilnius (LT), marking the band’s first appearance in the Baltic States.

Get more information at: 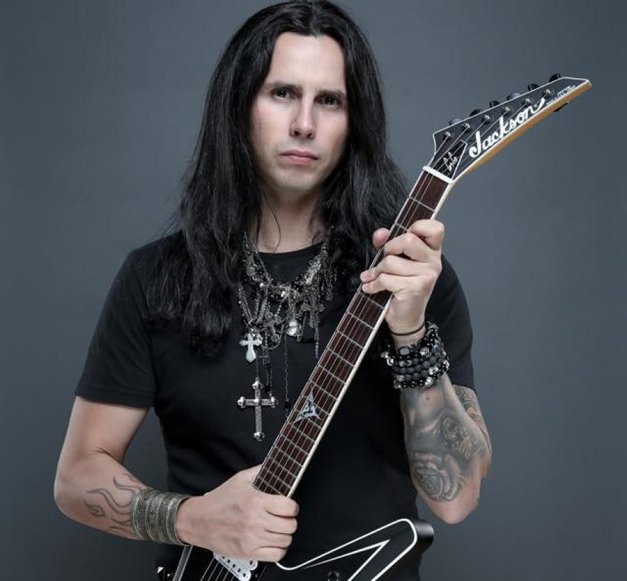 Jimmy Kay from Canada’s The Metal Voice spoke with Greek Guitarist Gus G (Firewind, Ozzy Osbourne). Gus G spoke about trying to make it in music business in Greece, his audition and contributions in his time with Ozzy Osbourne and his new album “Fearless”, which was released April 20 via AFM Records.

When asked about his audition with Ozzy after the departure of Zakk Wylde
“I ended up being a touring guitarist for Arch Enemy, so there I was at Ozzy Fest with Maiden and Sabbath my first big American tour. What happened that summer there was an announcement that Ozzy was parting ways with Zakk Wylde and he was looking for a guitar player. So I popped in the production office on one of those days on the tour and I just left a Firewind CD on the desk and I said hey I’m on the second stage with Arch Enemy and I heard you were looking for a guitar player. But nothing came out of it and I didn’t hear anything because Zakk continued with Ozzy they made another record Black Rain. Fast forward into 2009 I was having a little bit of success with Firewind. I got an email from Sharon’s Management and they asked me to audition for Ozzy. It was crazy I couldn’t sleep for 3 days I couldn’t believe it . At that point I was thinking I didn’t really expect anything would come out of it. I didn’t think of myself being that good for the band and for the part of guitarist for Ozzy. I thought if anything else it will be a thing to remember for life, that will be a story to tell. I got nothing to lose.”

When asked what songs he played during the audition for Ozzy
“We played ‘Bark at the Moon’, ‘I don’t know’, ‘Suicide Solution’, ‘Paranoid’, ‘I don’t want to change the world’. Five or six songs. Ozzy looked impressed right from the get go, I guess somebody showed him some video of me before and it was like this is the guy! Ozzy even told me before the audition don’t have any stress I saw some videos of you and I have a really good feeling about this so if you make mistakes don’t worry about it . The audition went well.”

When asked what was Ozzy reaction after the audition
“Ozzy turned around and said you are fuckin great and his people went into a room and they chatted for a few minutes and came out and asked me if I wanted to come back and play a gig. They never said anything after that gig they seemed to be pretty pleased. Then I did another gig, after that Ozzy invited me to his house to listen to some of the new material on Scream, I ended up staying for a few days and played some solos, it was a little bit of a trial period Then I went back home and didn’t hear anything for about a month and then I got an email from Sharon asking me to come back to play on the whole album to play all the guitars. “

When asked if he was allowed to contribute to the Scream recordings?
“They had already done the record, they were already happy with the songs. It’s wasn’t a situation where we were going to go in and rewrite the whole thing. There is two ways about this you can try and stand up and say I would like to bring in my songs and they can either listen to you or like go home we will get somebody else. That was not the gig not the requirement. “

When asked if he wrote any material after Scream for a new album for Ozzy
“I wrote a lot of ideas preparing for a possible next album. At some point Ozzy even texted me and asked me to send him a bunch of riffs, think I submitted like ideas for 12 or 13 songs. Nothing came out of that. We even wrote a couple of songs together on the road on the Scream tour. Actually one of them I ended up using on my new solo album Fearless, it’s called Don’t Trend on me. Not with his lyrics or melodies.”

When asked about his new albums ‘Fearless’ musical vibe
“Just a good hard rock metal songs. Taking what I have already started on the first two solo albums and taking it further and making it sound like a band effort rather than an experimental record. Because that is what the first two records were. But this time I had a solid co-writer/ producer Denis Ward. It sounds more cohesive compared to the first two records. My style fits into the whole 80’s scene. When I say 80’s I don’t mean Hair metal and Sleaze rock. I mean the classic 80’s metal , you can hear those influences all over the record.” 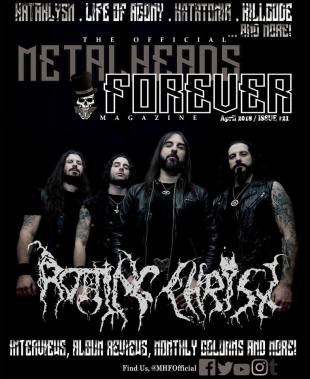 To read all the interviews and the whole METALHEADS FOREVER April 2018 issue, go here, and get more information here.

In February 2018, ALPHA OMEGA Management and METALHEADS FOREVER announced the Birth of The Worldwide Management Network! Get more information at this location.

It’s now been a year since Greek power metal giants FIREWIND released their 8th studio album “Immortals”. The band have had a busy hardworking year and joined German metal legends RAGE on their European “Seasons Of The Black” tour in early January. I caught up with guitar virtuoso Gus G. before their joint headliner show at the Corporation in Sheffield on 22nd January, where C.O.P. UK were also performing as special guests.

Gus is fast becoming my most interviewed artist and it’s always great to catch up with him on the road. This time around, we had a short video interview, discussing FIREWIND updates and the forthcoming solo album from Gus, as well as the increasingly familiar issue musicians face with lost or damaged instruments. There was also a few laughs as you will hear (apologies it’s louder from behind the camera!) and an interesting cat story! Henning Basse, Johan Nunez and Bob Katsionis were also there and there’s some input from them in the background at one or two stages. You can read a few excerpts and watch the full chat below:

“Really good – we didn’t expect we were going to extend the tour so much. Actually when we first set out, we were only looking at doing that tour last year, tour about a month and play a couple of festivals and that’s it. And then you know, these offers started coming in. We were invited to go to Russia and now this Latin America tour and then Rage asked us to go out with them. So we’ve kept busy actually through the whole year.” 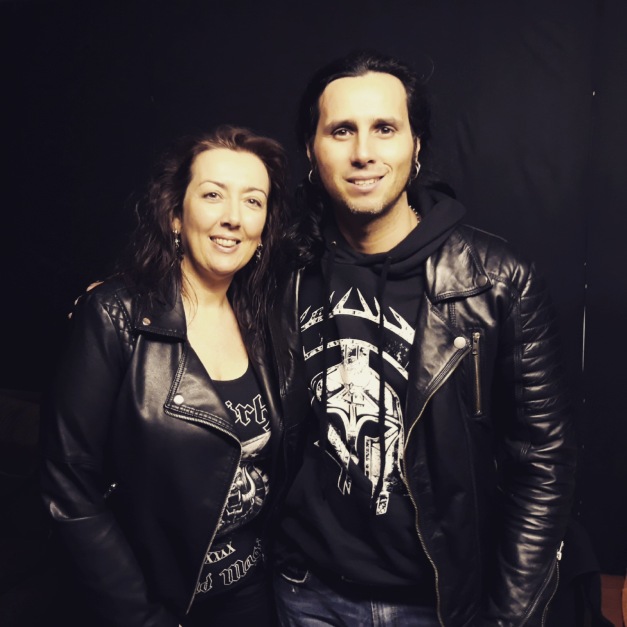 Talking about the forthcoming solo album:

“I’m still a baby solo artist. I’m working on my third album now. I was surprised when I did my first solo album that I had offers to go out there and play, then I started thinking about all those things and developing my show.

It’s going good – it’s been a little bit stressful because there was touring in between and I had to make some decisions to change members and how I was gonna do it this time. I wasn’t sure about if I was gonna have any guests or not and then I decided not to have any guests, so it’s gonna be more of a power trio set up. It’s Dennis Ward, he’s gonna be handling vocals and bass and Will Hunt of Evanescence is playing drums on the record. It’s coming out in the spring.”

On the subject of missing instruments which happened to FIREWIND on this tour and other occasions, Gus explained his feelings:

“I think the airlines just need to get it together. When that happens to us, we’re always left in an airport wondering ‘OK, so now what?’ You really need to stay calm about it and hopefully people are going to be nice enough to help you out and track your gear and hopefully it’s not damaged.  It is very frustrating, it’s happened to us quite a few times the last two or three years now.

Usually I’ll tweet about those things, I’ll call out the airlines, I don’t like to be that guy who bitches online – I’m usually a very positive guy about those things. But sometimes you have to go at them and hopefully somebody will be like ‘oh we messed up here, we better fix it.

It does have an effect on the show. Yesterday (21st January) we had a lot of delays, we had to cut our set short in the end and we were hoping to do it better with no soundchecks. At the end of the day it’s also rock ‘n’ roll and you have to just go in and do it. That’s the situation and you work with it and get it done.”

For all the updates on FIREWIND and the rest of the tour dates, check their official Facebook page here and the official website at this location.