Posted by tarjavirmakari on May 19, 2013
Posted in: News. Tagged: "Frogboiler", Angels For Breakfast....And God For Lunch, Naming Contest, Sterbhaus. Leave a comment

As we reported earlier today STERBHAUS has premiered their new video “Frogboiler”, from the 2012 album “Angels for Breakfast …And God for Lunch” (Killhead/Sound Pollution/TWS). The video features Sterbhaus trademark good humor and also introduces new characters such as “Hellmut the Goatard”, “Hellga” and the yet nameless waiter serving four exquisite meals for the starving quartet from Stockholm/Sweden.

Watch the video below:

Now STERBHAUS has also announced a contest to name the yet nameless waiter in the video! As of late Sterbhaus has had the great fortune of expanding their troupe beyond actual members (such as Paulie and Bloomberg who makes select appearances live), and the video also introduces three new characters. “Hellmut the Goatard” and “Hellga”. One character is yet unnamed and by suggesting a name one automatically signs up for winning Sterbhaus merch and cd:s. Visit http://www.sterbhaus.com or http://www.facebook.com/sterbhaus for more details. 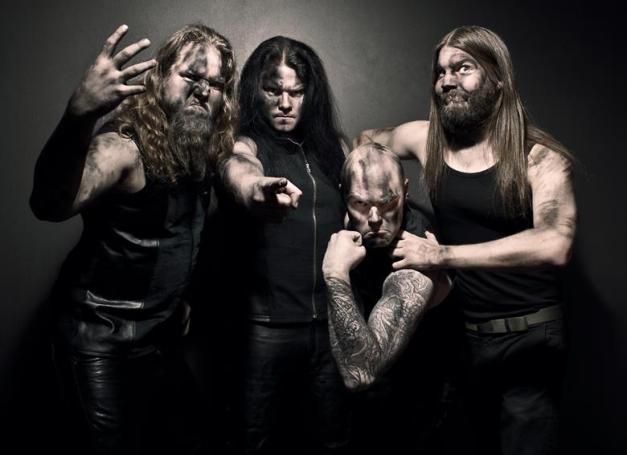 Sterbhaus has just returned after the three week april European tour in support of VADER and MELECHESH and are at the moment preparing for a full-scale special show at Extremefest in Hünxe/Germany (with Behemoth, Kataklysm, Thyrfing etc etc).

The album “Angels for Breakfast …And God four lunch” was released in August 2012 and features a completely revitalized Sterbhaus as a quartet. The album was recorded at Abyss Studio B (Tommy Tägtgren) and was mixed by Jonas Kjellgren (Scar Symmetry) at Black Lounge.

Posted by tarjavirmakari on May 19, 2013
Posted in: News. Tagged: "Frogboiler", Angels For Breakfast....And God For Lunch, Sterbhaus. Leave a comment

Swedish death thrashers STERBHAUS have premiered their new video “Frogboiler”, the track comes from the new album “Angels for Breakfast …And God for Lunch”. Written, directed and produced by Marcus Hammarström, filmed and edited by Brightbear Productions. For more information, please visit: http://www.sterbhaus.com.

For a free download from the album, visit: http://www.facebook.com/sterbhaus

Posted by tarjavirmakari on May 11, 2013
Posted in: News. Tagged: "Frogboiler", Angels For Breakfast....And God For Lunch, Sterbhaus. Leave a comment

Swedish metallers STERBHAUS have checked in with the following:

On sunday the 19th of May Sterbhaus will release a new video for the song “Frogboiler” which will be the second video for the album “Angels for Breakfast …And God for Lunch”.

Aside from a brand new (humouristic and brutal) video You will also get the chance to get some shirts and cd:s by sharing the actual video, so make sure to keep an eye out on Pentecost 2013.

PS. This is a web-event and will not take place in any physical location, get more information HERE.