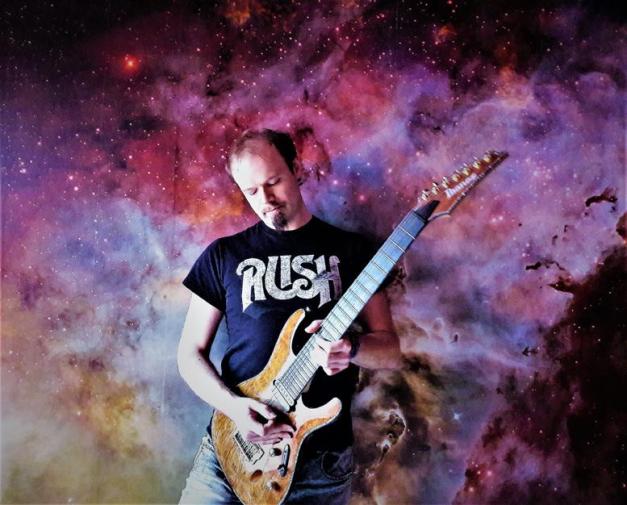 Working as a guitarist and songwriter in a number of bands, such as Thorium (BE), Ostrogoth, Neo Prophet, 23 Acez and others, Tom Tee also spent several years writing and recording a large number of songs of his own, in various styles and genres of Metal.

Wanting to break free from the mould of writing music in function of what would fit a certain band’s style, he set out to realize a long overdue dream – creating albums and projects that would not only unite influences from all the kinds of Metal he’d loved since his teenage years, but would also bring together a plethora of awesome vocalists from all across the scene. Due to the large number of tracks that are continuously being written, the decision was made to release not just one project, but two within the space of a year.

Dubbed ENTERING POLARIS and IN MOTION respectively, one album unites the more melodic and often Prog/Power Metal –oriented tracks, while the other taps sternly into the vein of melodic Death- and Thrash Metal. Mixed and mastered by Simone Mularoni (DGM) at Domination Studios, IN MOTION’s debut album ‘Thriving Force’ will see the light of day on February 22nd 2019 on Freya Records. ENTERING POLARIS‘ debut record ‘Godseed’ was released on the same label earlier this year.

Ranging from Melodic Death Metal to modern Progressive Thrash Metal, IN MOTION’s ‘Thriving Force’ offers a collection of complex tracks that burst with energy, aggression and atmosphere – and featuring a stellar cast of vocalists with wildly differing styles.

Lyrically, the album explores mainly metaphysical themes in a broad sci-fi context, musing on the roles of men and gods in the possibly strange and far-flung futures of our universe. Inspired among many others by bands such as Gojira, Sylosis, Hacride, Scar Symmetry, Rush, and too many more to count, In Motion is heavy, thrashy and often groovy – but also progressive, haunting and atmospheric, and with a few unexpected detours along the way.