Enigmatic world music outfit HEILUNG are now announcing their collaboration to the ‘Operation Amazonia’ project, which was recently launched by GOJIRA whose mission is to fight for the struggle of the local indigenous people of the Amazon. HEILUNG are now offering  selected items for auction, to help raise money for the project. The band comments:

Dear Brothers and Sisters.
We’ve all known this for some time: The rainforest is about to end.
So, when our colleagues in Gojira asked us to take part in their Operation Amazonia, an online auction by bands and artists to collect money for the people trying to protect what’s left, it was an easy YES. Of course. We love trees, they eat carbon and shit air, what’s not to like..?

We are therefore auctioning two items that are very dear and personal to us:

1 The frame drum:
We will build and decorate a custom shamanic frame drum similar to the ones we use during our rituals on stage and at home. The drum will be built from the ground up with uttermost care, love, and respect for this and the other side, exactly as our own drums.

2 The broken skin of the drum that started it all:
After our ritual on Wacken we were heartbroken to witness the death of our most belloved frame drum when a random stage technician accidentally stepped on it in the dark backstage. It has been hanging wounded on the wall at Kai´s home ever since, waiting to do its last magic and its final voyage. It feels natural to us that this once beating heart of ours now maybe can help protect a tiny corner of the breathing lungs of this earth.

The auction ends in 9 days. If your wealth allows it, go spend it here.

Remember, that we all are brothers
All people, beasts, trees and stone and wind
We all descend from the one great being
That was always there
Before people lived and named it
Before the first seed sprouted

ALTER BRIDGE: To Headline Arenas Across Europe This Winter

ALTER BRIDGE are ecstatic to announce their long-anticipated return to Europe! Their biggest headline shows yet, the 24-date tour treks 15 countries and kicks off on November 4, 2016.

Produced by Michael ‘Elvis’ Baskette, Alter Bridge’s fifth studio album is planned for release in October 2016, via Napalm Records. Fortress, the band’s widely acclaimed 2013 album, swept into charts worldwide – including the UK at #6, USA at #12 (Billboard 200), Germany at #7, and Austria at #4. Fans can look forward to hearing new songs on the tour, as well as their favourites!

Special guests include Danish rockers, VOLBEAT, who released their sixth album, “Seal The Deal & Let’s Boogie”, earlier this month. French metal group, GOJIRA, will be giving fans a taste of their crushing new album, “Magma”, and up-and-comers, LIKE A STORM, jet in from New Zealand to get the party started.

Dates stack up as follows:

Tickets go on general sale at 9:00am Friday 8th July and can be bought online via www.alterbridge.com. For pre-sale tickets, please check with your local promoter/venue. 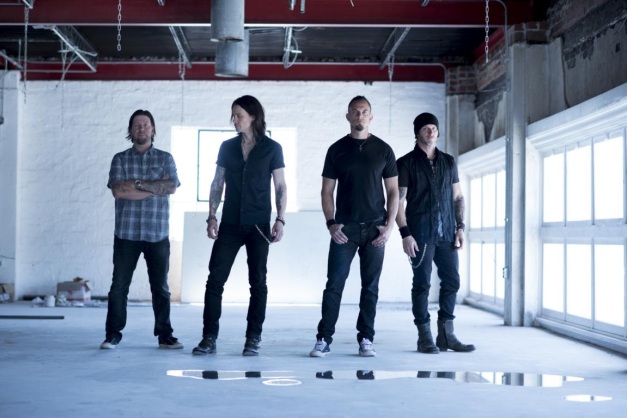 One of the leading lights in original, progressive 21st century metal, GOJIRA are about to release their sixth studio album, “Magma”, and the independent.co.uk have made it available to stream two days before official release. “Magma” sees the band taking a departure from their technical death metal roots and exploring groove, melody and atmospherics in ways that they’ve not delved into before. Even a band as accomplished and pioneering as Gojira would become stale if they were to remain churning out albums of vast, complex technical wizardry forever.

The album has already garnered favourable comparison to Metallica’s world-conquering self-titled record, known to most fans simply as “The Black Album”. Whilst “Magma” is sonically a very different beast to that 16million-selling behemoth, they share a more direct and focused approach to song-writing, with both albums coming off the back of extraordinarily technical and complex records (for Gojira, 2012’s “L’Enfant Sauvage”, for Metallica 1988’s “And Justice For All”). “Well it’s never a bad thing to be compared with Metallica,” says Joe. “It’s true that we’ve said a few times to ourselves that this is our Black Album, we’re huge Metallica fans and they really hit the radio big time with that record. We’re not quite there yet and I’m not sure we’re going there either but we definitely wanted to have songs that are easier to grasp for our poor little brains. We wanted to write a shorter album because we felt that the music was going to be epic no matter what.” 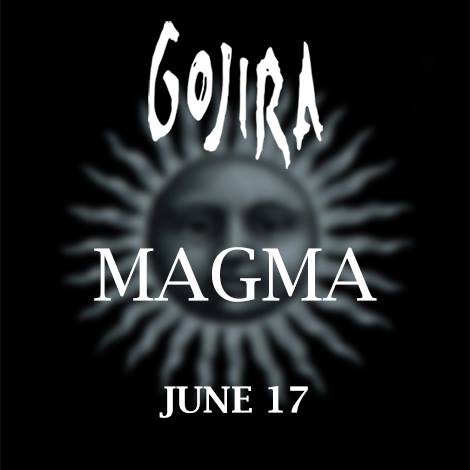 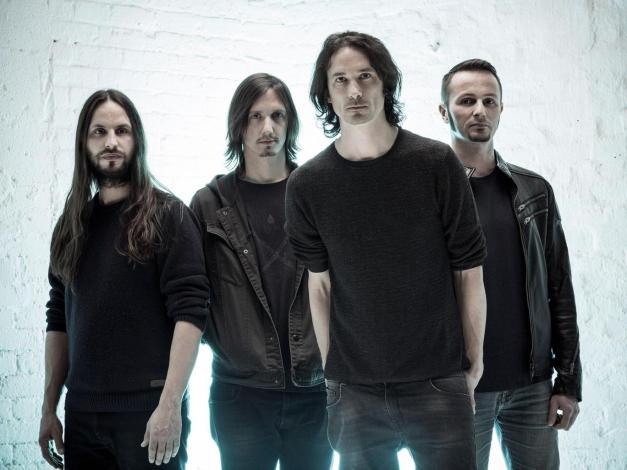 Metal Hammer cover stars GOJIRA and Swedish melodeath giants AMON AMARTH complete the live lineup of this year’s Metal Hammer Golden God Awards in association with Fireball. The full live lineup, which also includes Halestorm and A Salute To Lemmy with SAXON and Mikkey Dee and Phil Campbell of MOTÖRHEAD, are the only UK shows for any of the bands outside of festival appearances – and tickets cost just £6.66! 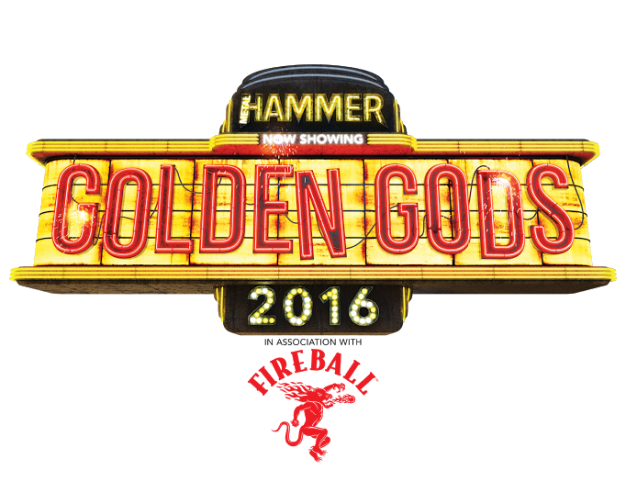 The evening’s host, and holding the whole show together, is Hatebreed frontman Jamey Jasta. Currently on tour in America, Jasta is one of the most charismatic and engaging frontmen in the business, and is the perfect person to keep the Golden Gods’ moshpit in check! Hatebreed released their seventh album, “The Concrete Confessional”, on May 13 this year. Metal Hammer awarded it 8 out of 10, calling it “Unapologetic, relentlessly angry, and without a filler track to be found… exhilarating to the very last syllable.”

Taking place at the Eventim Apollo, Hammersmith, London on June 13, headlining the ceremony will be A Salute To Lemmy – a celebration of the life of one of rock’s most inspirational icons that will see Saxon joined onstage by Mikkey Dee and Phil Campbell of Motörhead to play a set of classic songs from both bands. Also confirmed are Grammy Award-winners Halestorm, whose sure-to-be-incredible performance will be one of only two in the UK this year.

Gojira are one of the most exciting and innovative bands in metal. Set to release their much-anticipated sixth album, “Magma”, on June 17 – a follow-up to 2012’s critically acclaimed “L’Enfant Sauvage” – they have always pushed the boundaries and challenged their listeners with genre-defying music. The band’s sound develops with each album and their live shows are among the most captivating in the world. They start a world tour at the end of May that will take them through Europe, the US and Canada. 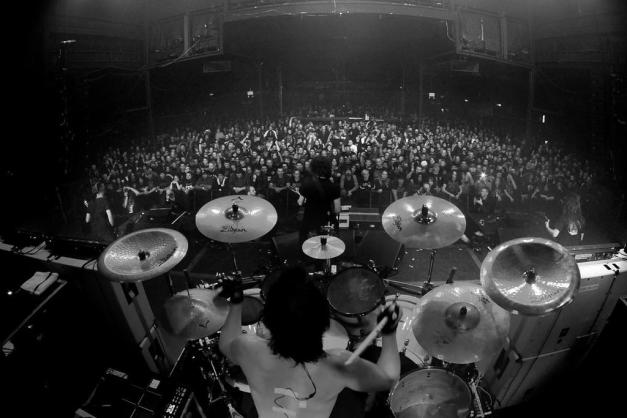 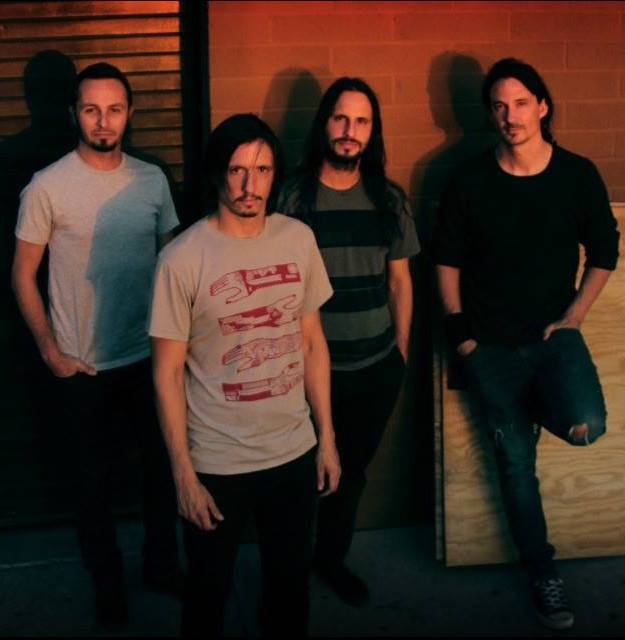 Amon Amarth released their 10th album, “Jomsviking”, in March of this year to resounding acclaim. Their first concept album, it allows the band to demonstrate the full dynamic force of their music, and shows why they are one of the world’s leading heavy metal bands. A live powerhouse, they are currently touring the US, and will be going on to conquer Europe in June and July. Live, Amon Amarth are like nothing else; their intensity is immense and unwavering, delivered with a power like no others. 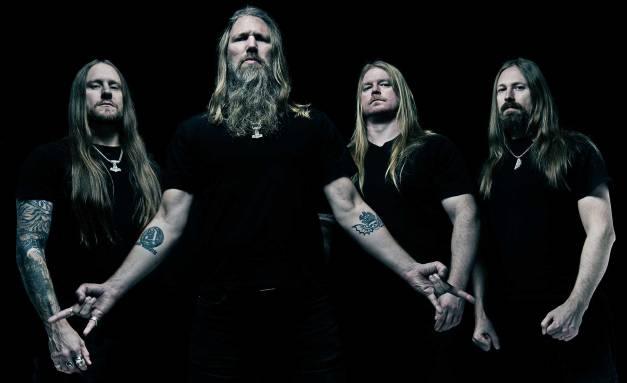 Alexander Milas, Editor-in-Chief of Metal Hammer Magazine and TeamRock Executive Director, says, “This isn’t a bill for the faint-of-heart. From the goblet-hoisting, festival-headlining might of Amon Amarth to the peerless innovative brilliance of our latest cover stars Gojira, this is going to be a fire breathing monster of a party. Nothing but the best for the people who’ve supported Metal Hammer in all its forms for all these years. Horns up!”

There are two ways to be part of this incredible show:

Simply vote for this year’s winners at www.metalhammer.com/awards to be in with a chance of winning a pair of tickets – voting is open NOW.

Alternatively, tickets are available to buy now for £6.66 at www.eventim.co.uk/goldengods. TeamRock and Eventim UK, the official ticketing partner of the Golden Gods, will donate all profits from ticket sales to the charity Heavy Metal Truants, an annual charity cycle ride, sponsored by TeamRock, from London to Download Festival to benefit Nordoff Robbins, Teenage Cancer Trust and Childline. 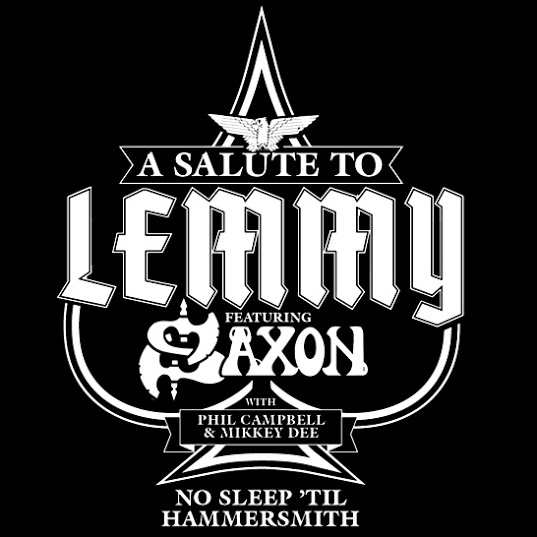 According to Roadrunner Records, GOJIRA‘s new live album, Les Enfants Sauvages, is streaming exclusively on Spotify now! Give a listen below:

The physical version is a must-own for any Gojira fan; in addition to a CD and DVD recorded at their sold-out show at London’s Brixton Academy, it comes packaged in a 60-page hardcover photo book documenting two years of touring across the globe. It’s only available online—grab your copy from the Roadrunner webstore!
Gojira will be on tour with Mastodon and Kvelertak later this spring—find a show near you! 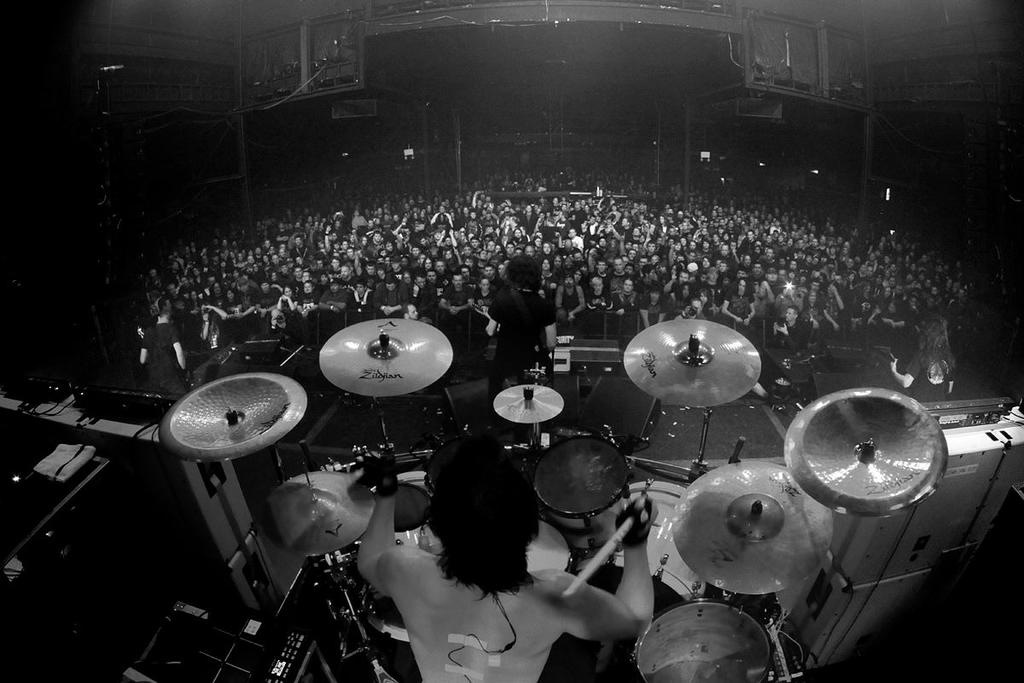 Roadrunner Records have issued that Additional dates for the MASTODON/GOJIRA/KVELERTAK spring North American tour have been announced! The new shows are:

Check out all the confirmed shows, so far: