GRENOUER serve up a slab of dense modern metal with memorable melodies and hooks. The vocals reminiscent of Devin Townsend type prog-metal, while the guitars produce radical riffs not unlike Meshuggah.

GRENOUER are among the rare breed of heavy metal bands that play with a groove, making a case for creativity in modern metal. 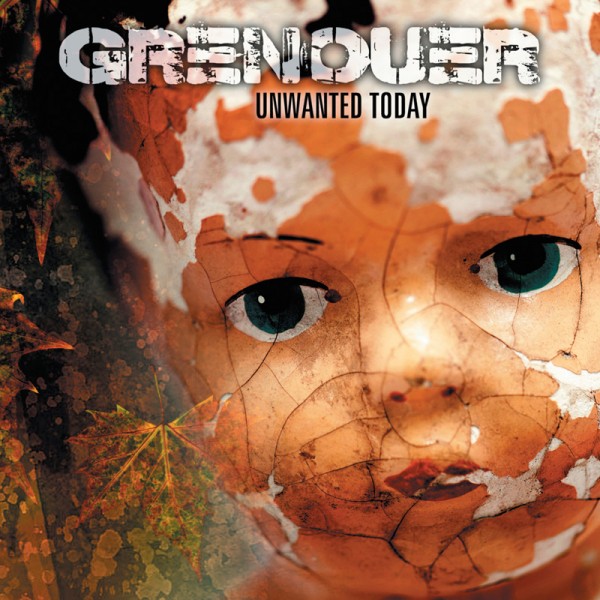 Posted by Dylan Raine on January 12, 2014
Posted in: Reviews. Tagged: Blood On The Face, GRENOUER. Leave a comment

Into the album from the inset you are introduced to extreme blasts of Korn-esq/(early)Pitchshifter melodies and obscurities, whilst maintaining a wonderful Opeth feel to it. The harmonies between the soundscapes and vocal effects are pleasantly attractive and take you on an interesting journey into the minds of GRENOUER and their dreams. Mixing up the sounds can be confusing in places but none-the-less the album has interesting points to take the listener on an expansive journey.

‘Golden Years’ has one of the “Familiar” opening lines which makes you feel like you’ve heard this before, yet keeps a unique touch to it. The mix of effects and ethereal sequences is really pleasing throughout.

As the album continues I found no real difference between the tracks and at times you can get lost in the album (good or bad). ‘Fix Your Life (A Few Miles From Paradise)’ is a good solid rock/metal track which keeps the album flowing but feels like everything else. It’s hard not to discredit the album as the band certainly are talented but I feel as a lot of the tracks are just repeating themselves, like that of ‘Brain Fever’ and ‘Last Stop’. The music would be great to relax to regardless of your day or on a long drive.

For fans of Ethereal Metal full of expressive soundscapes, impressive harmonies, and beautiful melodies! Let us not forget the raw, heavy, progressive full bodied sounds thrown at you from all directions.

Grenouer are a Russian band that hail from St. Petersburg have achieved cult status in their homeland and have been able to penetrate the confines of the Iron Curtain. The band has been through some transitions since they were formed they started off with Underground/ Death Metal Genre. Over the years they have had line changes, which happens with a few bands until they come up with the right formula for what they want. In 1996 they brought out their, debut album Border Of Misty Times then followed up by Gravehead in 1999. In 2006 they finally broke away from the Death Metal Genre and into an experimental sound by fusing polyrhythms into the structure of their songs. Their albums, was well received by a large number of worldwide musical publications later on they signed with Locomotive Records which opened up new horizons for the band. Then Locomotive Records announce that they were closing there activities in the business which forced Grenouer to look for new Management and that happened in 2011 when Copro Records came in. The band has now released their seventh CD Computer Crime EP, which was recorded, produced and mixed at ‘Astia’ Studio in Finland.

The Ep starts off with Last Stop a good song with good clean vocals, rhythmic drums and some very good guitars and solo’s it sets the overall Ep very well. Rejected starts off with the clean vocals with a nice little riff then it bursts into life with a heavy riff and powerful drums. The song has a really good riff that carries on through the song, which makes the song just, jump right out at you. See No Sun starts off very slowly with the keyboards then the vocals come in softly then halfway through the song it has some heavy riffs come in then back to the soft melody. Which I personally do love after a hard day at work I could put this song on and just relax for the rest of the day. Fix Your Life goes back to the heavy guitars and the straight powerful drums and good clean vocals. Again on this song it has a good heavy riff that goes through most of the song that makes the song what it is really good. Golden Years starts off with a mix with the drums and keyboards then the unique vocals come in but again this song has some really good riffs and bass lines. It changes in the middle slightly with some clean guitars but then the whole song is quite a soft song, which is really good on the ears, which will make you play it over and over again. There is a final song the Ep, which is a radio edit of See No Sun.

This EP is very good it is something that I would put on and sit chill out with a couple of songs then get up and rock out on the others. The vocals have a unique sound to them which is really good The guitars have some heavy riffs then changes to really soft ones which just show how good they really are. You can never tell that this band started off playing Death Metal, as you would think they have been playing this style for a very long time. The guys should be really proud with what they have done on this EP cause it is really well made.