Posted by tarjavirmakari on July 20, 2018
Posted in: News. Tagged: "The Gospel According To Thomas", Hardcore Superstar, THOMAS SILVER. Leave a comment 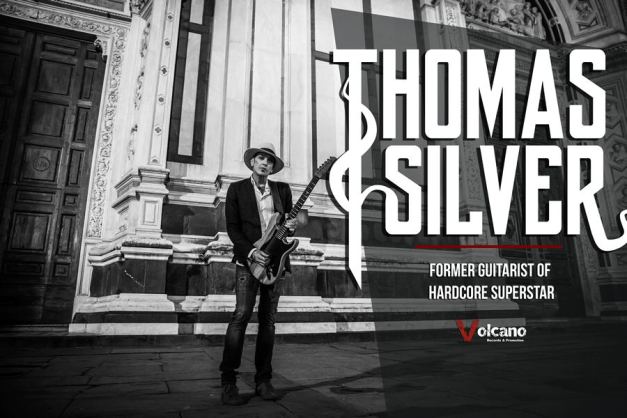 The new album of THOMAS SILVER will be released worldwide on November 16th through Italian record label Volcano Records & Promotion and the title of this long-awaited new chapter of the former HARDCORE SUPERSTAR guitarist will be “The Gospel According To Thomas”.

Furthermore, Volcano Records & Promotion is proud to reveal the titles of the eleven tracks and the esoteric cover artwork of this exciting new record from a true rock legend.

Check out the video of the announcement here:

Volcano Records & Promotion are more than proud to announce the signing of the true rock legend, former HARDCORE SUPERSTAR guitarist THOMAS SILVER! His label debut album will be released worldwide in November!

Comments Volcano Records:
“The new album of THOMAS SILVER will be worldwide released next November via Volcano Records, and we’re absolutely excited for that and for all the incredible news that are going to be revealed further. So, please stay tuned for more, this is only the beginning!”

Check out the video announcement here: 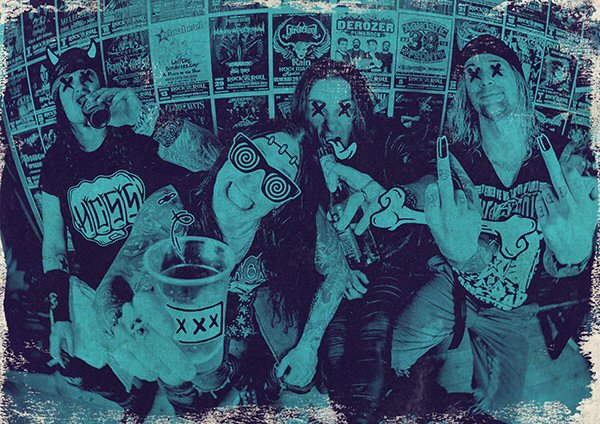 The new Album “HCSS” of Swedish HARDCORE SUPERSTAR is unleashed via GAIN Music.

It all started when a fan gave Martin a copy of a demo they recorded back in -94. The tracks were litteraly drenched in sweat, excitement and inspiration. So when it was time for them to start working on songs for the new album, they returned to those demos and relearned those old riffs and by that got inspired for all the new stuff that they came up with. So this is nothing less than Hardcore Superstar coming full circle by showing their fans where they come from and what they still believe in!
2 singles have been released so far, Glue and Touch The Sky feat. Etzia, Gothenburgs dancehall queen. The album is produced by the band and mixed by Joe Barresi (Queens of the stoneage, Fu Manchu).
Hardcore Superstar just finished an European tour where they´ve been playing songs from the new album at selected venues. The band will continue touring – playing festivals through out the summer – taking the new album to the masses kicking off at this years Sweden Rock Festival, amongst others. 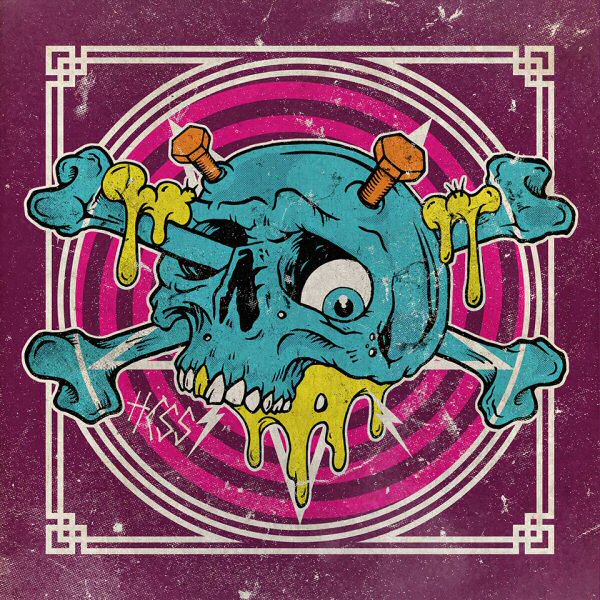 Don´t Mean Shit, from the album, just released as a music video on April 17th. Watch it here:

HARDCORE SUPERSTAR are to release of their new album “HCSS” on 20th April, via GAIN Music Entertainment.

The album is produced by the band and mixed by Joe Barresi (Slipknot, Queens Of The Stone Age, Soundgarden, etc…). To reinvent themselves and find the feeling and the vibe that inspired them in the first place, Hardcore Superstar went back to their old demos form 1994. The result is a fresh and contemporary album that doesn’t forget the core roots of the band’s music.

Hardcore Superstar say “Basically – to reinvent ourselves we had to go back to the summer of -94 when we first started this band and through that get in contact with the feeling and the vibe that inspired us in the first place. That same philosophy goes for the whole album – how we approached the recordings, artwork, choice of the right guy to mix the album and so on. In a way we are backtracking our roots to show ourselves why we once started this band. What we found out is that the very things that got us together in the first place are the same things that still get us going. So this is nothing less than Hardcore Superstar coming full circle by showing our fans where we come from and what we still believe in!”

“Glue” was the first single taken from “HCSS” (released in October 2014); the band will release the second single “Touch The Sky” on 9th March.

The band will also embark on a full European/UK tour this March. The “Touch The Sky Tour” kicks off in London and will see the band performing “HCSS” prior the release.

Hardcore Superstar was formed in Gothenburg, Sweden in 1997.  They released their debut “It’s Only Rock ‘n’ Roll” in 1998.  In 2000, seven of these songs were re-released with additional repertoire globally in the LP “Bad Sneakers And A Pina Colada”.  Multiple tracks rose to #1 on the charts.  In 2001, “Thank You (For Letting Us Be Ourselves)” was issued, and “No Regrets” following in 2003.

Swedish hard rockers HARDCORE SUPERSTAR have recently announced to be supporting legendary Swiss Hardrockers GOTTHARD on their upcoming tour this fall. HARDCORE SUPERSTAR will be joining GOTTHARD en route during the German/Austrian leg of their European tour.

Commented HARDCORE SUPERSTAR drummer Adde: “HCSS are thrilled to go out on tour with GOTTHARD!!! They´re a kick ass liveband. I think HCSS and GOTTHARD as a combo will be breathtaking. Can´t wait to start our tour. Cheers!” 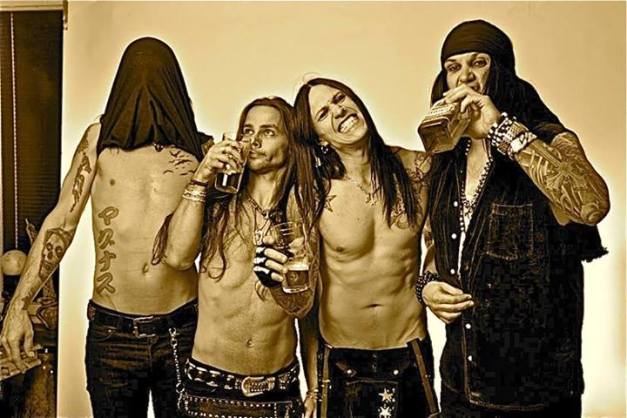 Posted by tarjavirmakari on January 31, 2014
Posted in: News. Tagged: ‘Last Call For Alcohol’, “C’mon Take On Me”, Hardcore Superstar. Leave a comment

The two teasers can be seen below:

The current HARDCORE SUPERSTAR record »C’mon Take On Me« was released on March 1st, 2013 via Nuclear Blast and can be ordered here: http://smarturl.it/HCSS

‘Above The Law’ Video:

‘Because Of You‘ Video: