THE COMMANDER-IN-CHIEF: New Album And “Immigrant Song” Video Mark The Queen of Shred´s Return And Farewell To Metal

Posted by tarjavirmakari on April 28, 2016
Posted in: News. Tagged: “I Am”, “If The Dead Ones Could Talk”, “Immigrant Song”, LED ZEPPELIN, The Commander-In-Chief. Leave a comment 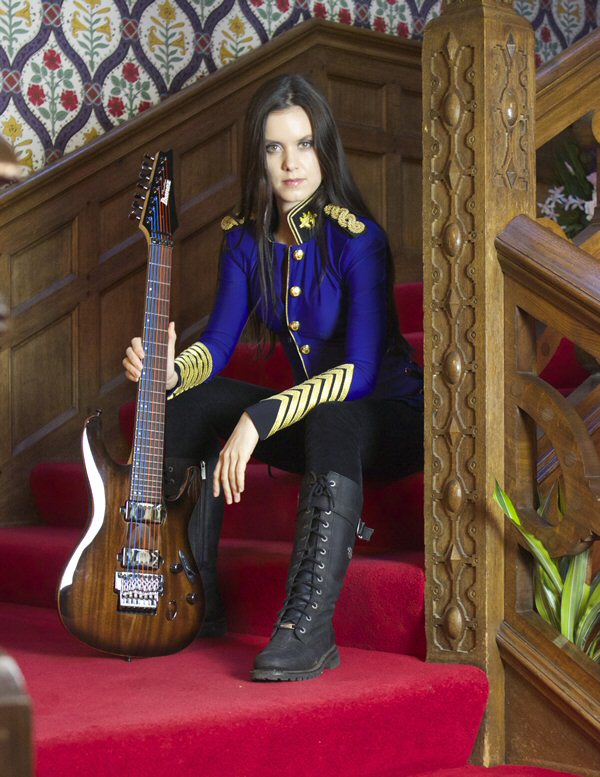 Internationally acclaimed and award nominated 7 string guitarist/singer/songwriter THE COMMANDER-IN-CHIEF has released her 15 tracks album “I Am” worldwide, on CDBaby, Amazon, iTunes and most digital streaming sites.

The hard hitting album features several new songs, previously unreleased songs and songs from her previously digitally released EP. It also contains the bonus track “If The Dead Ones Could Talk” – which gives an indication about one of the music directions she is taking from now.

Among the new tracks on the album is her dark and heavy version of Led Zeppelin´s “Immigrant Song”, which was featured as “Track of the week” in Classic Rock Magazine last week. Her version is inspired by her great love for Norwegian Black Metal.

The video for the song was released a week ago and is the first video where she is not wearing her well known Commander uniform. Inspired by her home country, and the lyrics of the song, she decided to showcase a Norwegian designer instead. The video can be seen here:

Her song “Toxic” takes aim at the pharmaceutical industry and doctors who tend to over subscribe drugs. As the lyrics say;  “there ain´t no profit in the healthy ones!”. It also features her song “L.M.A.O.” where she ridicules her haters and online trolls.

Since the summer of 2013 her focus has been on her very successful crossover to classical music, being the first guitarist to ever record guitar versions of Sarasate´s “Zigeunerweisen Op.20” and Saint Saens´”Introduction and Rondo Capriccioso,” both considered some of the most challenging pieces of music ever written for violin virtuosos. Her collaboration album with world leading classical guitarist Craig Ogden charted at #1 on Amazon.com and she was on “top 10 viral videos of the year” in both 2013 and 2014 in Guitar World Magazine. The third biggest online newspaper site in the world, The Guardian, had their Paganini Caprice 24 video on their “Top 10 Metal meets Classical” list.

“As a songwriter, I feel that this new album “I Am” covers the years from my Demo in 2010 until now, when it comes to the music style I created from the very beginning. It is very guitar based and each song has one or two guitar solos in addition to heavy riffs and catchy hooks. I am pretty much very angry at someone or something in society in every song, as the lyrics clearly shows. I felt very strongly that I had to release this album since it was like an unfinished project, laying there, just waiting to be done. Now I can move on and focus on classical crossover and the other genre that I am currently writing songs for. I already have enough songs for a double album so it will be very busy over the next months,” she says.
“I also Ihave enough songs to record at least one more album with really dark and way more heavy metal songs, but they were written 2-4 years ago. I do not really write that kind of music any more so I will come back to Metal at some point and record those songs as well, but that will be some years down the line! I think those songs will surprise a lot of people when I finally release them!” she says.
In October 2015 she was a vocal coach and expert judge in Heavy Metal on Norway´s leading Saturday night TV show, “Battle of the Stars” where 10 super stars competes to be the ultimate entertainer. The show had 800 000+ viewers.
She will release more videos for songs from the new album soon. She is also preparing for more TV appearances, in addition to performances together with classical musicians.
Signed copies of the album is available on her official site, http://www.commandermusic.com. 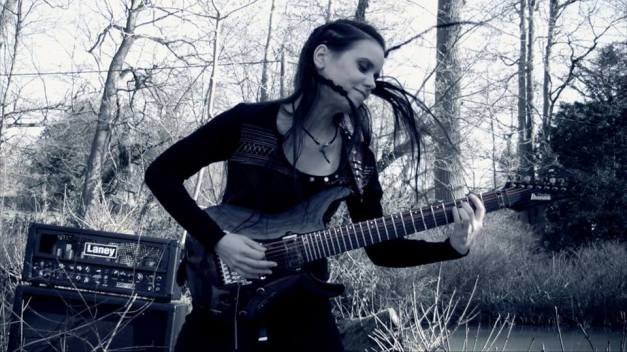 Posted by tarjavirmakari on March 31, 2016
Posted in: News. Tagged: “I Am”, “Immigrant Song”, LED ZEPPELIN, The Commander-In-Chief. Leave a comment 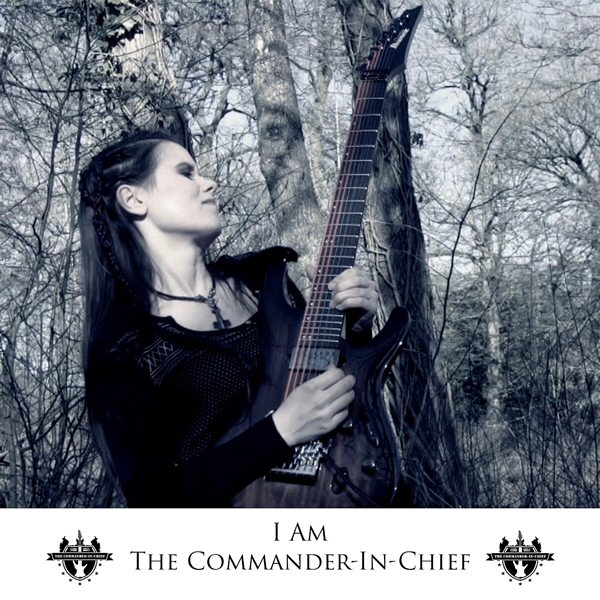 7string guitarist, singer, songwriter THE COMMANDER-IN-CHIEF returns to heavy metal with the upcoming release of her album “I Am”. She has successfully  focused on classical crossover music for more than two years and her collaboration with world leading classical guitarist Craig Ogden charted at #1 on Amazon.com. One of their videos was on both “top 10 viral videos of 2014” in Guitar World and on “top 10 metal meets classical” in The Guardian.

The Chief will release her new album “I Am” on April 21st. Among the 15 songs on the album is her dark, heavy version of Led Zeppelin´s “Immigrant Song” and her own song “Toxic” – a slap-in-the-face to the pharmaceutical industry. “Toxic” also features a guest appearance by her fellow Ibanez and Laney artist, Stephen Platt, who plays the first guitar solo and bass in the song.

The album features both new and old songs, including a previously unreleased song from her cooperation with legendary Pantera producer Sterling Winfield; “L.M.A.O.” It also features the re-mixed versions of her song “Dropout” and her version of “Paranoid”, which have never been for sale on physical CDs before.

It also features the bonus track “If the Dead ones could Talk” which is a preview of where she is heading for the next album after “I Am”.  The video for “Immigrant Song” will be unleashed shortly.

Check out the “I Am” promo video here: