Metal trio CAULDRON just announced Canadian tour dates. These shows follow their van accident in February, which halted their North American tour. Since then, guitarist Ian Chains has been recovering from multiple fractured vertebrae in his back and neck, a fractured sternum, and a fractured hip bone. Fortunately for metal fans, CAULDRON is ready to hit the stage again.

Says Chains, “We’re dusting off some deep cuts for this run, including some stuff we’ve never played outside our practice space (for a good reason… Ha ha). Also we’ve got a 2-off opening for our good Swede buds Tribulation in September so don’t miss it!” 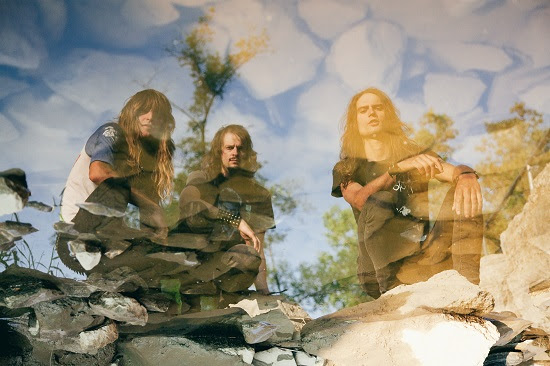 CAULDRON: How You Can Help Following Tour Van Accident

Following the band’s horrific Valentine’s Day tour van accident outside of Dallas, Texas, the members of Toronto, Canada-based metal trio CAULDRON have received an outpouring of support from fans.

The band, as part of their North American tour with Enforcer, Warbringer and Exmortus, were en route to New Orleans, LA for their next show when their van hit debris from a previous accident on the roadway causing the vehicle to roll over several times before coming to rest on its roof.

While members Jason Decay, Myles Deck and tour manager Henry Yuan escaped relatively unscathed with only cuts and bruises, guitarist Ian Chains suffered multiple fractured vertebrae in his back and neck, a fractured sternum, and a fractured hip bone. He is currently recovering after spending a week in a Dallas hospital.

Due to the crash and Chains’ injuries, CAULDRON were forced to cancel all remaining dates of their North American tour including a headlining show at Saint Vitus Bar in Brooklyn, NY.

Thankfully, due to some quick thinking, the show at Saint Vitus Bar was realigned as a benefit event and featured sets from NATUR and Tower. All proceeds from the door and sales of leftover tour merch—as well as exclusive benefit merch going straight to Ian‘s recovery fund.

The band have now launched an official donation site where by simply purchasing an item off basementmetal.com you are helping the band. For those looking to donate without making a purchase, there is an option on the site to send the band an amount of your choosing.

Says the band, “We would like to thank all of the people that have expressed their thoughts and support. The last couple of weeks have been tough, but it just goes to show how amazing our fans are. THANK YOU so much to everyone who came out and supported our cause, especially NATUR, TOWER & Saint Vitus Bar – you’re all the best and we really appreciate it! Hope to see you all again at Lee’s Palace in Toronto on April 8th (we have a very special line-up announcement coming soon)!! Cheers and all the best!”

To support CAULDRON in getting back on their feet, The End Records has created an exclusive merch bundle on The Omega Order dedicated to Ian Chains, with all proceeds going directly to the band. 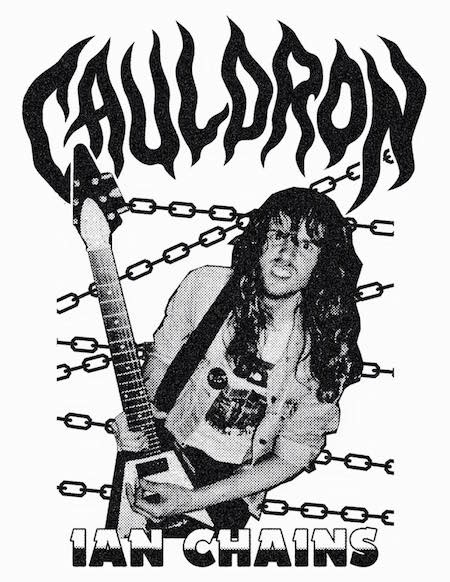