Today, Swiss rockers JACK SLAMER have released their live EP “Live At Hardstudios” via Nuclear Blast. Containing four powerful songs, the EP is like a best-of from their new studio album “Keep Your Love Loud”, packaged into a dynamic live performance.

The band has also released a music video for the full live session, that you can watch here:

Cyrill Vollenweider comments: “Listen up and get blessed by these epic sounds. Directly from our very souls, made with love to entertain your mind. Searching for some twenty minutes of awesomeness? Then watch this live performance of four sparkling diamonds from our latest album. Come on in, take a seat and enjoy.”

Get the new EP “Live At Hardstudios” digitally here: https://jackslamer.bfan.link/live-at-hardstudios

Recently, Swiss rockers JACK SLAMER released their new album “Keep Your Love Loud”, that quickly reached #8 of the charts in their home country. But instead of taking a break after the successfull release, the band already prepared a new treat for their fans.

Today, JACK SLAMER announce the live EP “Live At Hardstudios”, that will be released on April 23rd via Nuclear Blast. The EP is like a live best-of from the album “Keep Your Love Loud”, containing four powerful songs.

The band also reveal a music video for the album track ‘Ocean’, that you can watch here:

Cyrill Vollenweider comments: “In such hard times we didn’t want to just sit around and wait. At some point, the idea came up to play a live session and so we invited some of our musician friends to join us at the Hardstudios. We don’t want to do live streams, but we still want to play our music live; this is our way to bring some fresh Rock’n’Roll directly to you.”

‘Sun Soul Healing’ – Single No. 3 – sees JACK SLAMER shoot straight for a celebration of the sun itself! The sun goddess in all her glory turns out to be a vehicle for our own environmental problems on earth – in the end we are all one. An energetic shuffle groove and edgy guitar riffs team up to showcase our own ticking clock on earth.

Swiss rockers JACK SLAMER recently announced, that their upcoming album “Keep Your Love Loud” will be released on November 27th via Nuclear Blast. Today, they unveil a lyric video for their second single ‘Lost’.

Relationships are complicated and their true meanings oftentimes not immediately clear. On the one hand they can give us a sense of strength and serenity we never thought possible. On the other hand, they can take it all away and leave us with a painful void we will need to work hard to fill again. Both sides can be extreme and both sides are talked about in JACK SLAMER’s second single ‘Lost’. While the verses transport a sense of suffering, the chorus digs deeper and celebrates a sea of sunlight at the end of the tunnel.

Get the album “Jack Slamer” here in the format of your choice: http://nblast.de/JSJackSlamer

Swiss rockers JACK SLAMER have announced their upcoming album “Keep Your Love Loud”, that will be released on November 27th via Nuclear Blast. The band also release a new video for their first single ‘Brother’ from the upcoming album.

The weight on you shoulder keeps getting heavier day by day as your inner demons keep growing: In their debut single ‘Brother’ JACK SLAMER draw a somber image of a haunted soul. Yet all is not lost and in an uplifting manner the vocals remind of the song’s central motive: «Oh brother / Please don’t ever look back / Keep the faith and confidence in your plans» – Get up and get going – time will heal all wounds!

Get the album “Jack Slamer” here in the format of your choice: http://nblast.de/JSJackSlamer 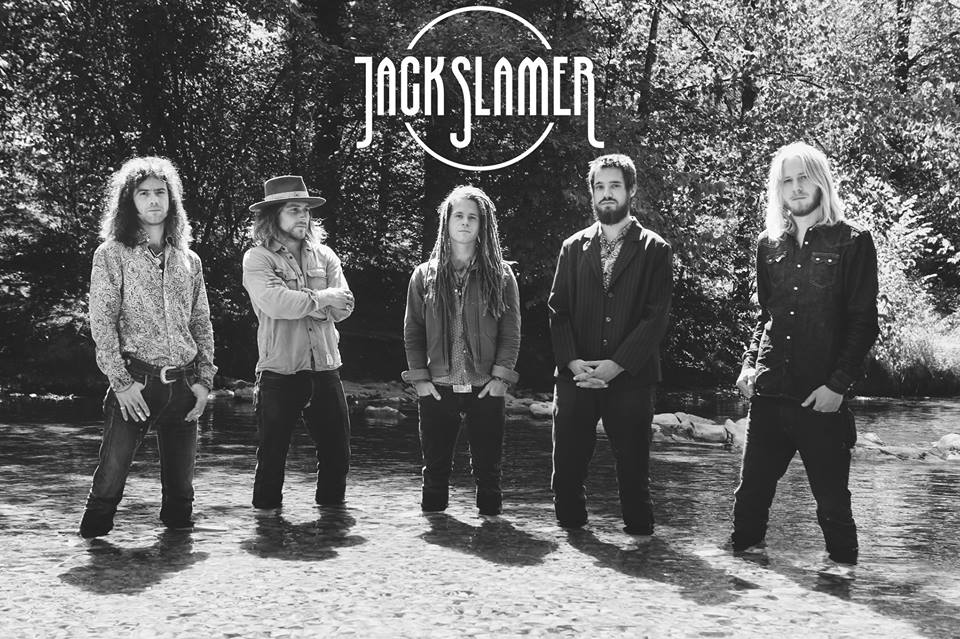 The band has also announced their self-titled debut album, which is scheduled to be released on May 3, 2019. The album can now be pre-ordered digitally and physically (CD and vinyl) here: http://nblast.de/JSJackSlamer

JACK SLAMER play 70’s Rock as if it was invented today – and this five piece band is just getting started. Album (2017) in hand and hailed as SRF-3-Best-Talent, they can already look back on countless shows and venues. Inspired by Rock ’n’ Roll’s greatest such as LED ZEPPELIN, DEEP PURPLE, RIVAL SONS, MONSTER TRUCK or DEWOLFF, these five childhood friends have slowly grown into the tight musical unit they are today. Guided by the spirits of old and energized by their own boundless playfulness, they are crashing into your neighbourhood like an unstoppable freight train. JACK SLAMER hits it home everytime! They breath and live Rock ’n’ Roll with each fiber and won’t stop until even the very last member of the audience bobs their head in approval. They don’t give in to simple harmonies and celebrate their love of powerful guitar riffs with every chance they get. Together they are what others aspire to be: the revival of true 70’s hard rock.