British Melodic Hard Rockers TEN have unveiled the fourth single and second music video from their brand new (13th) studio album entitled “Gothica”, which was released on the 7th of July, 2017 via Frontiers Music srl. Inspired by Robert Luis Stevenson’s classic science gothic novel “Strange Case Of Dr Jekyll and Mr Hyde” (1886), “Jekyll and Hyde” is a classic rock track, which lyrics describe mr.Hyde’s search for his next victim in the dark streets, lit only by the light of the moon.

“Gothica” was produced by Gary Hughes and mixed/mastered by Dennis Ward, a longstanding professional association which has been ongoing since Dennis mixed TEN’s 2011 album, “Stormwarning”.

Additionally, the album features stunning original artwork by Stan W. Decker, while the atmospheric sleeve photography is once again provided by the remarkably talented Adrian Ashworth.

Listen to TEN on Spotify: http://radi.al/GothicaSpotify 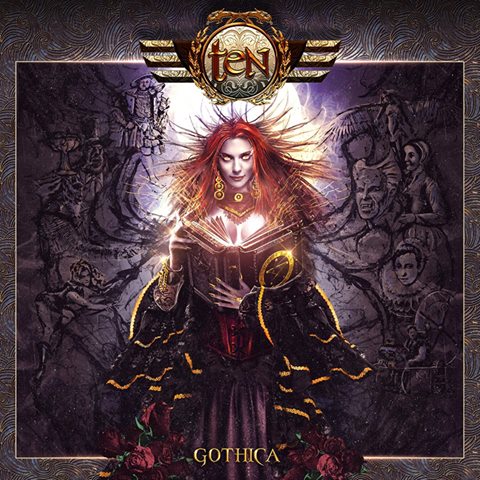 Posted by aliblackdiamond on July 6, 2015
Posted in: Int. News. Tagged: "Got Your Six", 'Jekyll And Hyde', FIVE FINGER DEATH PUNCH. Leave a comment

FIVE FINGER DEATH PUNCH have exclusively partnered with VEVO for the global premiere of the video for their new single ‘Jekyll and Hyde’. The video clip can be viewed here:

The band’s US label, Prospect Park, got five finger death punked when they asked the band for a new music video. Says guitarist Zoltan Bathory: “Punking the label and trolling the trolls is actually very satisfying … so either we make a video that makes a difference like ‘Wrong Side Of Heaven’ did or we just f*ck it all up and have fun with it… just clown the whole thing as we did with ‘Under And Over It’… and now with this one. We didn’t even hire a director … we didn’t want this to accidentally make sense…”

‘Jekyll and Hyde’ is the first single from 5FDP‘s highly-anticipated forthcoming album, “Got Your Six” due for worldwide release on August 28th via Eleven Seven Music.

The album pre-order, as well as several exclusive album pre-order merchandise packages are live and ready for order now at http://www.fivefingerdeathpunch.com with ‘Jekyll and Hyde’ as a gratis download with every order.

Following a ‘demand campaign’ in which an overwhelming 1.5 million fans made their voices heard, FIVE FINGER DEATH PUNCH and PAPA ROACH announced last week that they will co-headline Europe’s biggest rock tour of the Autumn with support from special guests DEVIL YOU KNOW and ESKIMO CALLBOY (on select dates only). The tour starts in Helsinki, Finland on November 2nd and will end in London, U.K. on November 28th at Wembley Arena with special guests. 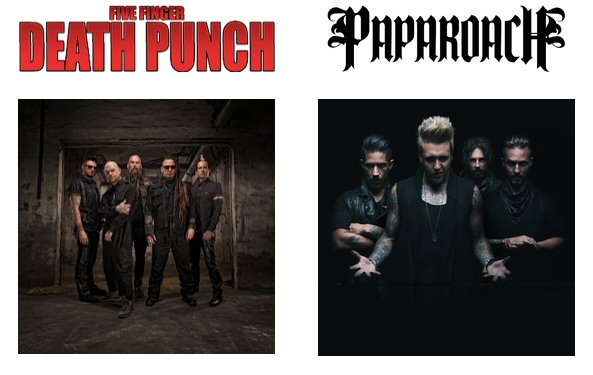