On November 1, the legendary singer Jesper Binzer releases his own beer brewed at Brygghus 19 in Karlshamn.

The beer, which is an IPA, has been produced in collaboration with Jesper Binzer, Dan-Magnus staff at Brygghus 19, the musician Jesper Lindgren from Velvet Insane and the Swedish beer profile Robert Andersson.

Jesper Binzer has a long career in the music world and has been a singer since 1982 of the legendary band D-A-D (Disneyland After Dark).

“I said if we were going to make a beer with my name, it would be my first love – my first step into the Craft beer universe: a crisp classic West coast IPA.

The gateway to all the amazing beer that exists now – then we can get the people with us into sour sours and black psychedelia beer afterwards… But now we start the journey into craftbeer with my first love – the IPA !! ” – Jesper Binzer

“The beer we are now launching is a hop-driven hazy west coast IPA. So a beer style that was brewed on US West Coast early in the craft bear wave. Save Your Soul is created with both classics and modern hops.

To be able to do this together with Jesper Binzer and the rest of the gang is a great honor. In other words, to come to the fore as a brewery at all, I see as a receipt for all our work with improvements and quality. Really really fun! ” – Dan-Magnus Svensson

For those who can not stick to November 1, we can reveal that Save Your Soul IPA has a sneak premiere at Växjö Beer Festival on October 2 and sales start on November 1 Systembolaget but will be available for Swedish restaurants and the Danish market already in October.

Highly acclaimed guitarist GUS G. recently announced that he is set to release his new album, titled “Fearless”, on April 20th. “Fearless” is the successor to 2015’s “Brand New Revolution” and marks the FIREWIND mastermind’s first release since exiting Ozzy Osbourne’s band in 2017.

Gus has just released a new video for the track ‘Letting Go’, check it out:

Also announced are some European tour dates, where Gus will be appearing as special guest of Jesper Binzer, vocalist of Danish rock band D-A-D. 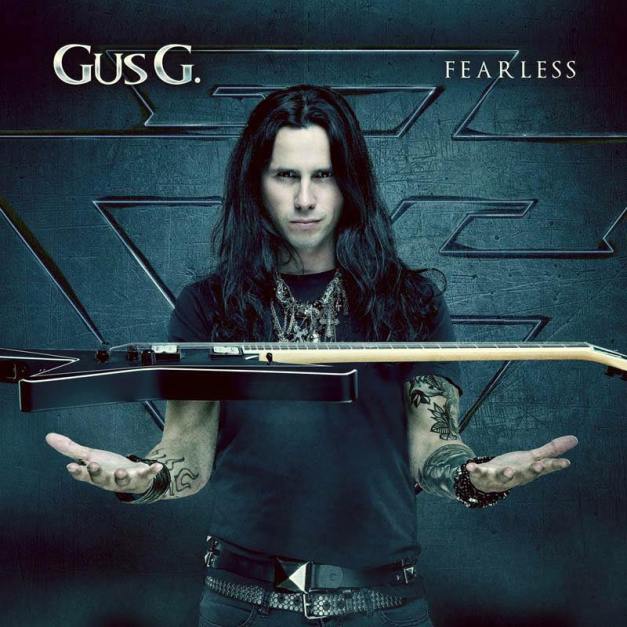 MetalSickness.com conducted an interview with vocalist/guitarist Jesper Binzer of the Danish rockers D-A-D at this year’s edition of the Hellfest festival

, which was held June 15-17 in Clisson, France. You can now watch the chat below.

D-A-D‘s 11th studio album, “DIC.NII.LAN.DAFT.ERD.ARK”, was released last November. The follow-up to 2008’s “Monster Philosophy” was helmed by Nick Foss, who previously worked with D-A-D on such LPs as “No Fuel Left For The Pilgrims”, “Sympatico”, “Everything Glows” and “Soft Dogs”. The album title is a play on D-A-D‘s original band name DISNEYLAND AFTER DARK, which had to be changed after a threat of a lawsuit from The Walt Disney Company.