JOHNNY WINTER Has Passed Away 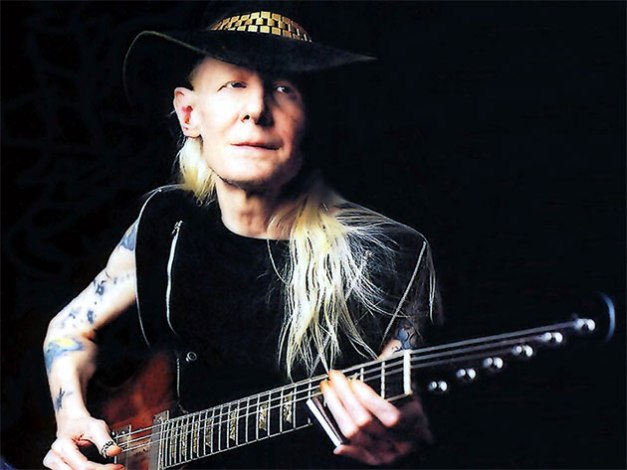 American Blues legend Johnny Dawson Winter III has passed away, reports americanbluesscene.com. He was 70. Details surrounding his death have not come forth yet.

Winter and his brother, Edgar were raised in a musical family, with his roots firmly planted in the Mississippi delta — his father was the mayor of Leland, Mississippi, and Winter was recently honored with a Blues Trail Marker. From before his teens, Winter was playing and recording, even sitting in with the biggest blues legends of the day, including Muddy Waters and a comically reluctant BB King. In 1968, he released his first album, The Progressive Blues Experiment (featuring Willie Dixon on Bass), and after a now-famous performance at The Fillmore East, he was signed to Columbia Records with the largest advance ever made to an artist.

After his mammoth deal, Johnny immediately laid out the blueprint for his fresh take on classic blues, according to his official biography, which was a prime combination for the legions of fans just discovering the blues through the likes of Jimmy Page and Eric Clapton. Winter continued to gain widespread critical acclaim with his innovative blues stylings and in 1970, Winter released his commercially acclaimed ”Rock and Roll, Hoochie Koo”, before struggling with heroin addiction for several years, before seeking treatment.

He made a successful comeback, culminating in what Winter described to American Blues Scene Magazine as the “highlight of my life”, after the closing of Chess Records, he brought Muddy Waters to the studio to record what would widely become known as the bluesman‘s comeback record, Hard Again. In the album, Winter performed most of the guitar work, while Muddy sang. Winter would go on to produce several Grammy-winning albums for Muddy before the bluesman’s death in 1984.

Winter earned several Grammy nominations for his searing, scorching slide guitar work, and was inducted into the Blues Foundation’s Blues Hall of Fame in 2003, and was one of Rolling Stone Magazine’s 100 Greatest Guitar Players of All Time. “I’m not a rock n roller,” Winter told American Blues Scene. “I’m a bluesman.” From his earliest childhood in the Mississippi Delta and Beaumont, Texas to his last breath, touring on the road, Winter truly lived up to that statement in every sense of the word.