Posted by tarjavirmakari on February 29, 2016
Posted in: Int. News. Tagged: "Journey Through My Memory", Antonello Giliberto, “Flying With The Dragon”. Leave a comment 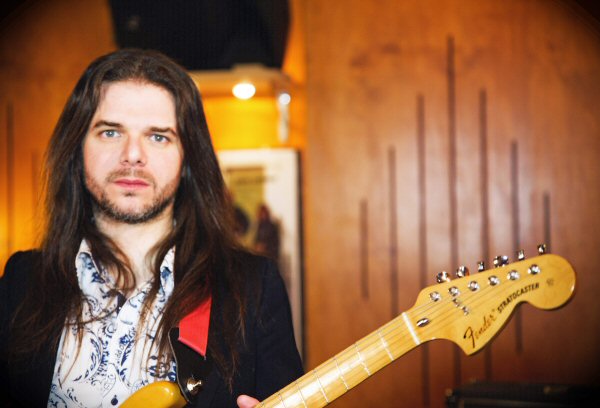 Sicilian guitarist ANTONELLO GILIBERTO has released a new video “Flying With The Dragon”, taken from the album “Journey Through My Memory” (on Minotauro Records). Check out the video below.

Posted by tarjavirmakari on August 20, 2015
Posted in: Int. News. Tagged: "Demeter", "Journey Through My Memory", Antonello Giliberto. Leave a comment

Sicilian guitarist Antonello Giliberto has released a new studio video “Demeter”, featuring the track taken from the album “Journey Through My Memory”. Check out the video below. The album is available on Minotauro Records, at this location.

Posted by tarjavirmakari on June 19, 2015
Posted in: Int. News. Tagged: "First Day Lights At The Monastery", "Journey Through My Memory", Antonello Giliberto. Leave a comment

The label has also made available the video which Antonello Giliberto has released for the song “First Day Lights At The Monastery” taken from the album “Journey Through My Memory”, check it out below.

Minotauro Records are very excited to announce the signing of Antonello Giliberto to their roster, for his upcoming album “Journey Through My Memory”.  Here’s what Antonello has to say about the album:

“I began work on Journey Through My Memory in September 2013, when by chance I was watching Frances Ford Coppola’s Dracula, which gave me the inspiration to write the album’s first track, Demeter (the name of the ship on which Dracula arrives in England.)  From there I started down the path of writing through to July 2014, when I finished the track that closes the album, The Art of Ending.

I do a lot of driving, so the ideas for many of my songs come to me in the car, or perhaps after a dream.  The first thing I do is record the melody on my smartphone, and then I slowly develop them in my recording studio.

The title of the album stems from the fact that every track is in some way about me, about my past, about how my past experiences creatively explode into music.

For this album I had in mind a symphonic metal sound, and so I included in each track some epic orchestral parts.  I am a huge fan of soundtracks, especially those made for historical fantasy films, and I think this influence is evident on the album.

Each song has a memorable melody, and I try to infuse emotion through the orchestral arrangements.  Naturally, that aspect of virtuosity can’t be forgotten, but everything is always in the service of the song, as they say.

For Journey I wanted to improve the quality exponentially in relation to my first album The Mansion of Lost Souls, on which I played all of the instruments.  And so I started to look around because I knew I could find a better drummer and bassist.  I sent a few demos to some famous drummers, and I received some positive feedback from the great John Macaluso (whom I knew from his work with Malmsteen) who agreed to play drums on the album.  We scheduled our first recording session together in Siracusa in October 2014, and soon after we had all of the drum tracks laid down.  In November 2014 Dino Fiorenza contacted me.  John had played some of his songs for me, and knowing his style and virtuosity, I asked if he’d be interested in playing on the whole album.  He enthusiastically accepted.  We finished recording in December 2014 and started mixing right away at Dupin Studios in Catania.  Everything was completed in March 2014.  I’m proud of the work that we’ve done, and I hope you enjoy it as much as I enjoyed making it.”

Sicilian guitarist Antonello Giliberto has unveiled what will be the cover of the upcoming album “Journey Through My Memory”.

The album (the second, after “The Mansion of Lost Souls”) contains a diverse collection of 10 instrumental songs ranging from simple and delicate acoustic interlude, to the complex and fierce piece metal!!

The realization of the album was attended by the great John Macaluso (Yngwie Malmsteen, Symphony X, ARK, TNT, James LaBrie, Riot, Jennifer Batten, Ron “Bumblefoot” Thal, Union Radio, Joe Lynn Turner, Uli Jon Roth, George Lynch and many others), who played all the drum tracks, and the virtuoso Dino Fiorenza (Steve Vai, Paul Gilbert, Slash, Zack Wilde, Yngwie Malmsteen, and many others), its all the bass parts.
(Pre-order soon only at http://antonellogiliberto.jimdo.com/shop/)

Below we show tracklist and cover of ‘Journey Through My Memory’: