In the first hour of the show, King’s X frontman Dug Pinnick discusses his new solo album “Naked”, and talks about potential tour plans to support the release. Dug also chooses two tracks from “Naked”, and gives an update on the second Pinnick Gales Pridgen album and other projects he’s working on. 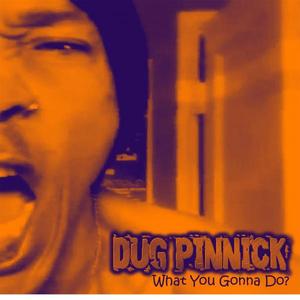 Also in part one, Whitesnake guitarist Doug Aldrich talks about “Epic Obsession”, the new album from his side project Burning Rain, and the recent reissues of the band’s first two albums.

Part two features the third in an ongoing series of interviews with legendary former UFObassist Pete Way, in which Pete looks at the recent “UFO At The BBC” box set. This week, Pete looks at a live concert recording from 1980 and tells the story behind the song “Cherry”.

Brian Thomas Tichy and his partner Joe Sutton have decided to bring their John Bonham celebration, “Bonzo Bash”, to New York and New Jersey for three shows commemorating the life of rock’s ultimate drummer. The shows have been booked on May 30, May 31 and June 1 to pay tribute to John Henry Bonham on and around what would have been his 65th birthday.

Since the first epic/never done before Bonzo Bash (“The Groove Remains The Same”) on September 25, 2010, which brought 18 of the world’s best drummers together on one drum kit in West Hollywood, Tichy and Sutton have done a total of five Bonzo Bashes, with each one gaining more momentum and much-deserved attention. With a list that is far too long to include here, it should be noted that 50 drummers and 30 guests have performed over 100 songs through the course of these marathon shows! The last Bonzo Bash, on January 24, the most-talked-about show at the NAMM music convention, sold out and a second night could have been added! 30 drummers played with a total of 52 performers over the course of 5 hours!

Tichy said: “I had this idea back in 2010 when one day it occurred to me that John Bonham and LED ZEPPELIN were the only band I had never stopped listening to for over 30 years. The idea literally came to me in that instant. I was going to go for a backyard party or a kegger in a rehearsal room, but then figured if all these drummers actually get together and make it a “thing,” it should be made available for people to see so I talked to promoter Joe Sutton, a Zep Head himself, who happened to have the exact night on hold at Key Club and that was that!

“The concept is simple: each drummer chooses his or her favorite LED ZEPPELIN song and plays it on an amber acrylic drum kit with house band THE MOBY DICKS. This coming together of the world’s best drummers also brings with it an undeniable, communal spirit that is very hard to find at any other type of rock show. We all have a great time as it’s all about celebrating the amazing drumming of John Bonham and his timeless impact. The energy is thick, the egoless vibes prevail and we all walk away with great memories! I’ve never seen so many smiling faces at a rock show!

“People constantly ask for us to take this juggernaut on the road but in theory, it’s not unlike a river crossing of wildebeests during migration season! But, by going to a city like New York with my home state New Jersey next door and inviting the best drummers in the area, it became apparent that we may be able to pull this off after all!

“So, grab a couple tickets and get dazzled by a great house band and one of the most unique shows you’ll ever see featuring some of the world’s best drummers around!”

***Many more drummers and special guests to be announced!***

KING’S X frontman Doug “Dug” Pinnick has just released a special holiday-themed digital-only single via RockArmy Records and his own dUgtone imprint featuring the songs “Holiday” and “Ho Ho Ho”. This single comes right on the heels of the release of the first single from Doug‘s upcoming solo album, “Naked”, to be issued via RockArmy Records in the first quarter of 2013, featuring the songs “What You Gonna Do?” and “Courage”. Videos for both “Holiday” and “What You Gonna Do?” can be viewed below.

“Naked” will be Pinnick‘s sixth solo album, including two released under the moniker POUNDHOUND. Pinnick wrote, performed, produced, and mixed the CD and the new single on his own in his home studio in Los Angeles. “Holiday” and “Ho Ho Ho” were mastered by engineer and RockArmy Records owner Paul Soroski, the bassist for PODUNK, who have done numerous national tours alongside KING’S X, TESLA, and others. Soroski‘s studio credits include 2010’s “Dead New World” by ILL NINO and 2009’s “Reflections” by RAZR13, which features Pinnick on lead vocals.

Pinnick is best known as the vocalist/bassist for KING’S X, the influential hard rock act that also features guitarist Ty Tabor and drummer Jerry Gaskill. KING’S X celebrated 32 years of activity as a band in 2012 with a run of U.S. dates alongside KANSAS. The band’s most recent studio album, “XV”, was released in 2008 and was their highest-charting album since 1996’s “Ear Candy”. In 2005, VH1 included KING’S X in its list of “100 Greatest Artists In Hard Rock.”

KING’S X Drummer Thanks Everyone For ‘Overwhelming Love And Support’

KING’S X drummer Jerry Gaskill and his wife suffered devastating losses during Hurricane Sandy, which killed more than 70 people and caused $50 billion worth of damage. Jerry and Julie live on the coast of New Jersey, the state hardest hit by the storm which hammered much of the northeastern United States on October 29. They lost almost every material possession they owned and are displaced from their home.

In a new online posting, Jerry writes, “Hey everybody. Julie and I want to again sincerely thank everyone all over the world for the overwhelming love and support during this devastating time for so many. I believe somehow things will be better than ever, just like when I died.

“I think Julie said it the best. She said, ‘It’s been quite a banner year for us. First you died, then we got married and now we’re homeless.’

“Because of all your love, we have hope. We thank you now and we will thank you always. I have a feeling that 2013 could just be a good year.

“All our love… Jerry and Julie.”

The friends and fans of Jerry Gaskill are uniting to raise money to help Jerry and his wife rebuild after Hurricane Sandy.

If you would like to help, anything you can give will be treated as a gift and is not tax deductible.

For more information, go to this location.

Gaskill suffered a heart attack on February 26 and underwent an emergency operation before being released from the hospital three weeks later.

Source: Bravewords.com
Ed Frost at Aeris Consulting & Mgt / EMMJAMM Music has issued the following message to the fans:
“Hello everyone,

Once again, a sad period is effecting our friend Jerry Gaskill and his new bride Julie. I just spoke to Jerry and he and Julie are ok, and very optimistic of the future, despite losing every material possession to this dreadful storm. It’s been one helluva journey for him this year – cheating death, marrying his soul mate, a successful tour with KANSAS, the announcement of a new solo project kicking off next month, and now this….

If you know Jerry, you already know that is it not in his DNA to ask for help. Per Jerry’s words, ‘It’s gonna be alright…’ For me, Jerry has helped me in so many different way that past three years that there is no real way that I could repay him. I’m going to do what I can, and hope you will join in.

If you would like to help as well, my wife and I will match the first $1,000 that can be raised.

For more info about helping please email me at EMMJAMMUSIC@gmail.com or aerisconsulting@verizon.net

I look forward to hearing from you.

“As many of you know, before he had his heart attack, we’ve been busy demo-ing ideas together for Jerry’s upcoming solo record. So let me fill you in with where we’re at with it and what the plan is…

As of now, we have 11 killer songs that we believe will be some of Jerry’s (and my) best work to date. And when the time comes, we plan on having some very special guest musicians/friends lend some of their talents to the record as well. Needless to say (but I’m saying it anyway), we are very excited about all of this!

And to quote Jerry speaking of his recent heart attack and recovery from his public thank you video: ‘This is a really bad situation that I think has turned into a really good situation.’ There is no doubt in our minds that we we’ll see evidence of this truth on this record.”

The Karkos/Gaskill partnership album will be released on EMMJAM records.
To help Jerry pay his medical bills, KING’S X are offering up a live MP3 concert called Burning Down Boston – Live At The Channel 6.12.1991. This release was edited and mastered from a stereo FOH recording. While the audio is far from perfect sonically, the performance documents yet another magical night on tour while supporting the Faith Hope Love album.

While many of the song titles are familiar, the band expands many of the cuts featured here, including performances that are blistering (‘Moanjam’),heavy and funk-laden (‘We Are Finding Who We Are’), beautiful (‘The Burning Down’), and truly transcendental (‘Over My Head’). A few songs from the show were omitted due to tape damage. However, included are three bonus tracks (an additional 15 minutes) from the same show that were not presented in the main tracklisting.

In addition to the gift with this download, anyone who wants to further make a personal gift to Jerry to help him with his medical bills know that they can send a check made out to Jerry Gaskill.

100% of your gift goes to Jerry Gaskill to help him defray his medical bills. Jerry Gaskill is an individual and not a charity. Any funds given to him would be a gift and no further tax deduction for charitable contributions would be coming from him.

Jerry Gaskill, drummer for legendary rockers KING’S X, suffered a heart attack Sunday, February 26, and was rushed to the hospital. After undergoing an emergency operation, Jerry was placed in intensive care (where he currently remains).

In light of Jerry‘s sudden hospitalization, all previously announced North American tour dates for KING’S X have been cancelled. Jerry will be taking the time to recover back to full health so that he can hopefully join the band behind the drums at some point in the future.

KING’S X was scheduled to launch a three-week tour on March 28 in Austin.

Gaskill and Doug Pinnick have been playing together since 1979, when they met in Springfield, Missouri.

KING’S X is celebrating the 20th anniversary of its self-titled Atlantic debut this year.

KING’S X‘s “Gretchen Goes To London: Live At The Astoria 5.6.90” DVD was released in November 2008 via Molken Music. The set documents the historic show at the Astoria Theatre in 1990 and includes never-before-seen footage. The DVD was produced by Wally Farkas and has a running time of 64 minutes. Source: Blabbermouth.net