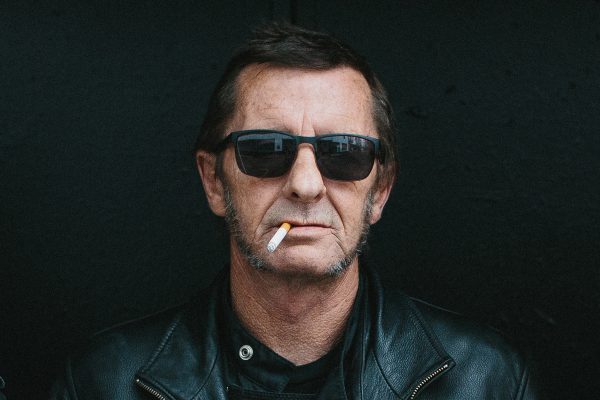 Rich Davenport’s Rock Show returns with a special edition podcast featuring former AC/DC drummer Phil Rudd. Phil talks about his solo album “Head Job”, his solo band, touring plans, and his future plans with his new outfit. He also talks about the current situation with AC/DC and keeping in touch with other band members. Phil also chooses four tracks from “Head Job”, and also picks his all-time favourite AC/DC song, along with a track from “Powerage” which he considers an underrated gem.

The show is split into two parts, check out below.

And finally, former Molly Hatchet vocalist Jimmy Farrar looks back on his time with the band, and their later offshoot Gator Country (Part 2 – starts 1 hour 11 min)

The show opens with Biff Byford discussing SAXON’s “Eagles and Dragons” 9 vinyl LP Box set, featuring all of their studio albums between 1991 – 2009. Biff talks about the development of the band’s sound as they returned to their Metal roots during this era, and chooses four songs from “Eagles and Dragons”, with one song selected as a tribute to his old friend Lemmy.

German guitar maestro ALEX RUDI PELL, due to begin a European tour in April, talks about the writing and recording of his new album “Game of Sins”, which has hit the charts throughout Europe. Axel gives an insight into his songwriting method, and his relationships with band members Johnny Gioelli (vocals) and Bobby Rondinelli (drums), along with 3 songs from the new record.

In the second hour, SENSATIONAL ALEX HARVEY BAND guitarist Zal Cleminson kicks off the first in a series of interviews celebrating the music of Alex Harvey, to coincide with the new career-spanning Alex Harvey box set “The Last of the Teenage Idols”, a 14-disk collection featuring all 8 SAHB albums and Alex’s pre-SAHB solo albums, along with a wealth of unreleased material. Zal shares his recollections of The Sensational Alex Harvey Band’s career from beginning to end, and also reveals that he’s putting together a new project with former Only Ones bassist Alan Mair.

Legendary guitarist Michael Schenker (UFO, Scorpions, MSG) and two of his bandmates from Michael Schenker’s Temple of Rock, Herman Rarebell (ex Scorpions) and Doogie White (ex Ritchie Blackmore’s Rainbow) are interviewed on this week’s show. All 3 members choose songs from their current album “Spirit On A Mission”, along with tracks from previous bands.

First up, Michael tells fans what they can expect from the setlist on the band’s UK tour in January 2016 (full dates at http://www.michaelschenkerhimself.com/tour.php), and also discusses the band’s forthcoming third album, and his longterm vision for Temple of Rock. You’ll also hear Michael’s choice of a classic Scorpions song.

Doogie White then celebrates the 20th anniversary of the album he recorded with Ritchie Blackmore’s Rainbow, “Stranger In Us All”, choosing 2 songs and looking back on how he came to join the band, giving an insight into the writing, recording and tour for the album. Doogie also pays tribute to original Rainbow vocalist Ronnie James Dio, and chooses 2 of his favourite songs from Ronnie’s tenure with the band.

The Temple of Rock triple threat concludes with drummer Herman Rarebell, who begins the first in a series of 7 interviews covering the newly released remastered reissues of 8 classic Scorpions albums on SPV Records. Herman tells how he came to join the band in 1977 and shares his memories of the recording and tours for the “Taken By Force” and “Tokyo Tapes” albums and Uli Jon Roth’s departure from the group. Herman also selects two songs from each record.

The show concludes with quickfire interviews with bands who have released some of Rich’s favourite albums of 2016; Michael Voss talks about Mad Max’s “Thunder Storm and Passion” collection of re-recorded 80s classics, Joseph Tholl from exciting new Metal band Black Trip discusses their album “Shadowline”, Grave Digger mainman Chris Boltendahl looks at their newly re-recorded compilation of 80s classics “Exhumation-The Early Years”, and heartland Rocker Melissa Etheridge drops in for a chat about her live cd/dvd/blu ray “A Little Bit of Me – Live In LA”.

Listen to the show here:

Legendary Hard Rock guitar pioneer RICHIE BLACKMORE and his wife and partner in Blackmore’s Night CANDICE NIGHT discuss the writing and recording of their new album “All Our Yesterdays”. Ritchie also talks about modifying his guitar technique to adapt to the acoustic style of Blackmore’s Night, and the prospect of making a return to Hard Rock with Rainbow in 2016, saying “If it works, we’ll do more dates.”

The first hour of the show also includes an interview with emerging British guitar hero Dave Brons (www.davebrons.com) whose debut album “Based On A True Story” has been described as “Star Wars meets Van Halen”, due to its mix of soundtrack influenced elements and searing melodic guitar work. Dave also chooses 2 tracks from the album.

In hour 2, we look at the recently re-issued trio of albums from Belgian classic Heavy Metal band ACID with the band’s drummer Anvill, who tells their story. If you’re a fan of the NWOBHM, Motorhead, Venom and early Metallica, don’t miss this feature!

And finally, one of the 3 hosts of long-running online Kiss talk show “Three Sides of the Coin” (www.threesidesofthecoin.com), Michael Brandvold, talks about the show, his own work on Kiss’s official website, and being a member of the Kiss Army. The program closes with a trio of Kiss anthems.

On the difference between his playing styles in BLACKMORE’S NIGHT and when he’s playing heavy rock:

“When I play rock all the time, I play with a plectrum, and now that I play this style, I’ve adopted a different finger style way of playing; I have to grow my fingernails so long, and it becomes very awkward if I’m playing electric. That’s quite a challenge in itself.”

On whether having the freedom of styles in BLACKMORE’S NIGHT given him the inspiration to progress as a guitar player:

“Definitely. It’s a much wider horizon. Because in rock, I was just kind of churning out heavy metal riffs and it was becoming stale and kind of redundant what I was doing. I got kind of bored with the whole thing. Now I’m always sitting with a guitar and playing finger style when I’m trying to come up with new ideas and progressions, and it’s a very natural process. Whereas I felt that in rock, it was becoming contrived. We’d need to rehearse and it would have to be a hard rock, riffy number, and [I felt like] I was starting to just repeat myself in a way.”

On whether he feels like he has come home musically over the last twenty years of playing with BLACKMORE’S NIGHT:

“I feel at home playing both styles — whether it’s finger style or electric. I just like the difference. It’s almost more of a challenge to go on stage and play with an acoustic guitar very quietly. For me, that’s a lot harder than the rock style, ’cause [when you play heavy rock], you rely on the amplifier to kind of excite people and turn up the energy. When you’re playing acoustic, you’ve gotta try and excite and move an audience with just technique, and I find that a lot harder. But it’s very rewarding. When it works, it’s great.”

On whether he sees BLACKMORE’S NIGHT carrying on indefinitely:

“I’d like to think so. It should be a natural thing. I think the biggest enemy is things like arthritis, which is creeping up on me in my hands, so I have to combat that. And, of course, when you get to my age, you start thinking that we can kind of play anything.”

On resurrecting RAINBOW in 2016 for several festival appearances:

“BLACKMORE’S NIGHT will go on, and this is just a brief intermission of playing some good old rock, but with some good friends and some good musicians. And hopefully everybody’s there for the same reason, which is it’s good music and it’s nostalgia, and hopefully everything goes well. And if it works, we’ll do, obviously, more dates. We’re only doing three this first time. But, like I said, if it works, we’ll do more later on.”

Blackmore plans to film and record the performances for future release.

Blackmore quit rock and roll in 1997 to form a medieval folk band called BLACKMORE’S NIGHT with then-girlfriend and now-wife Candice Night. Since then, BLACKMORE’S NIGHT has released nine studio albums, with a new CD, “All Our Yesterdays”, having arrived on September 18.

Listen to the full interview here. 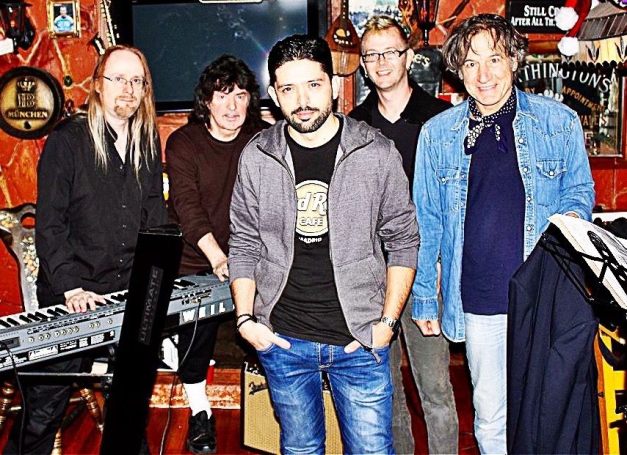