The hidden gem “Like A Bee To The Honey” also features the Hanoi Rocks legend Michael Monroe. Watch below.

Lordi’s 10th studio album “Killection” drops worldwide on the 31st of January through AFM Records. Not only is the album a brand new concept in itself – a fictitious collection of hits from the years and decades past – but it also brings a truly hidden gem into the daylight: one of the songs on the album is “Like A Bee To The Honey”, which was written by KISS’s lead singer Paul Stanley together with Jean Beauvoir, known for working with names such as Bruce Springsteen, The Ramones and of course KISS. The song that had been collecting dust in Beauvoir’s desk drawer ever since the end of the 1980’s has now been handed down to Lordi.

“This is a tremendous honour to a band that wouldn’t even exist without KISS. Simply having the privilege to listen to a song from the 1980’s that no fan has ever heard before… and then to get to be the artist that brings the song for everyone to hear – it is mind-blowing”, Mr. Lordi states.

Mr. Lordi and the band’s guitarist Amen had been making songs together with Jean Beauvoir as a trio, and one of these songs, Scream Demon, made its way to the new album. It was during these songwriting sessions in Helsinki that the very existence of “Like A Bee To The Honey” came up: Jean thought the song would fit the new record perfectly, and the band was more than ready to get this rare gem on their album. The song is made even more unique by its saxophone solo – first one ever in Lordi’s history – performed by the Hanoi Rocks legend Michael Monroe.

Formed in 1992, Lordi is by far one of the most successful acts in the Finnish music history, and the group’s very own visual creations have charmed millions of people all over the world. 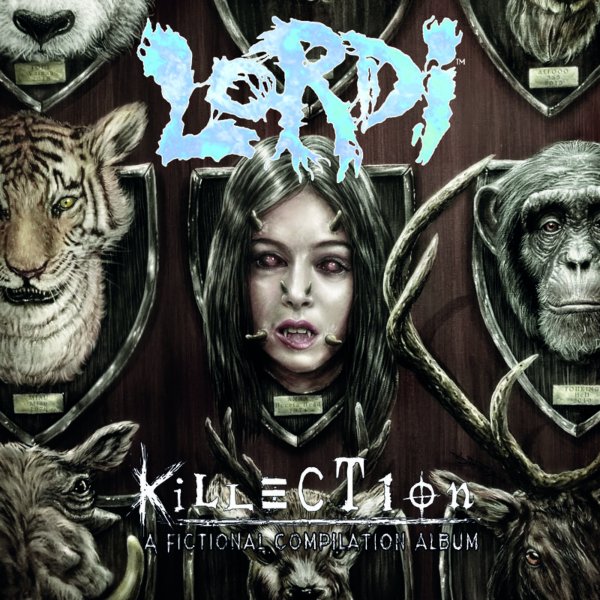