The remaining members of LINKIN PARK have posted a statement, following the death of their frontman Chester Bennington last week. The post on their official Facebook page reads as follows: 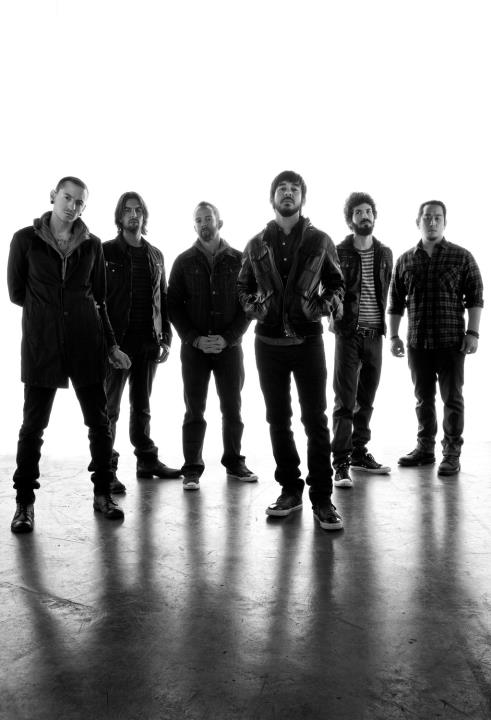 Our hearts are broken. The shockwaves of grief and denial are still sweeping through our family as we come to grips with what has happened.

You touched so many lives, maybe even more than you realized. In the past few days, we’ve seen an outpouring of love and support, both public and private, from around the world. Talinda and the family appreciate it, and want the world to know that you were the best husband, son, and father; the family will never be whole without you.

Talking with you about the years ahead together, your excitement was infectious. Your absence leaves a void that can never be filled—a boisterous, funny, ambitious, creative, kind, generous voice in the room is missing. We’re trying to remind ourselves that the demons who took you away from us were always part of the deal. After all, it was the way you sang about those demons that made everyone fall in love with you in the first place. You fearlessly put them on display, and in doing so, brought us together and taught us to be more human. You had the biggest heart, and managed to wear it on your sleeve.

Our love for making and performing music is inextinguishable. While we don’t know what path our future may take, we know that each of our lives was made better by you. Thank you for that gift. We love you, and miss you so much.

Until we see you again,

Law enforcement sources say the singer hanged himself at a private residence in Palos Verdes Estates in L.A. County. His body was discovered Thursday just before 9 AM.

Chester was married with 6 children from 2 wives.

The singer struggled with drugs and alcohol for years. He had said in the past he had considered committing suicide because he had been abused as a child by an older male.

Chester was very close with Chris Cornell, who himself committed suicide by hanging in May. Today would have been Cornell’s 53rd birthday. Chester wrote an open letter to Chris on the day of Chris’ suicide.

The band has had a string of hits over the years, including “Faint,” “In the End” and “Crawling.” Linkin Park crossed music genres, collaborating with Jay-Z.

The band’s album, “Meteroa,” was one of the biggest alternative albums in music history. 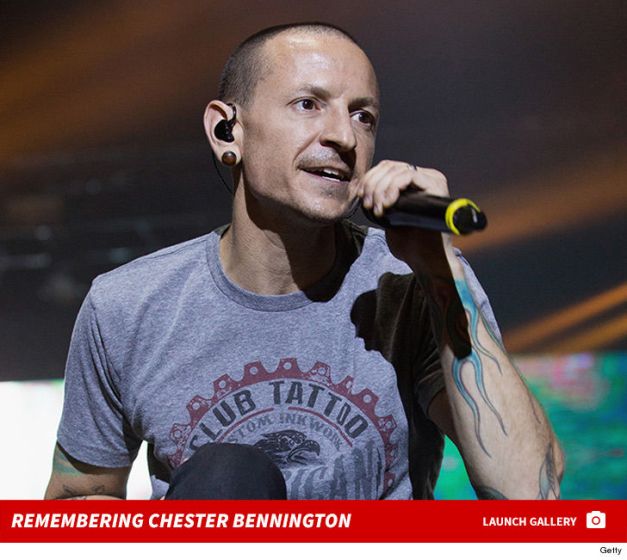 Multi-talented vocalist Anthony Vincent Valbiro of the band SET THE CHARGE and creator of Ten Second Songs has done it again—this time with LINKIN PARK‘s “In The End” (from their 2000 album, Hybrid Theory).  Anthony is quickly becoming known for covering popular tunes in 20 different styles that vary from project to project and range vocally from Pantera to Michael Jackson to Frank Sinatra, as we previously posted.

Chester Bennington, lead vocalist of LINKIN PARK, makes a special guest appearance at the end of the video.

Check out the video below:

Fans attending KROQ’s annual Weenie Roast over the weekend got a real surprise when STONE TEMPLE PILOTS took the stage unannounced, for a blistering set with Chester Bennington of LINKIN PARK as lead vocalist (replacing Scott Weiland). The crowd went wild as the band performed STP classics like ‘Sex Type Thing’ and ‘Vasoline’ and also debuted a brand new song, ‘Out of Time’ – the recording of which KROQ premiered immediately following the band’s explosive 40 minute set.

Weiland has since taken to his official Facebook page and posted the following statement on the situation:

“A letter to my fans,

Like everybody else out there, I read about my band, Stone Temple Pilots, and their recent performance this past weekend with a new singer. To tell you the truth, it took me by surprise. And it hurt.

But the band that played last weekend was not Stone Temple Pilots and it was wrong of them to present themselves as that.

When I tour on my own, it’s never as Stone Temple Pilots. It’s as Scott Weiland. The fans deserve to know what they’re getting.

Like any band that’s stood the test of time and made music for more than two decades, STP had a special alchemy – the four of us together were greater than any one of us apart. So if my former bandmates want to tour with a new singer, that’s their prerogative.

I don’t give a fuck what they call themselves, but it’s not Stone Temple Pilots.

And so I say to you, our fans, I’ll see you out there on the road this summer where I’m touring as ‘Scott Weiland’ with my band THE WILDABOUTS. But don’t give up on STP. I know I haven’t.”

Adding insult to injury, the Associated Press is reporting that Weiland’s (former) bandmates Dean Deleo, Eric Kretz and Robert Deleo filed a lawsuit against him on May 24th, accusing Weiland of misusing the band’s name to further his solo career. They want a judge to strip Weiland of his ability to use the group’s name or songs.

The lawsuit sheds light on the band’s breakup, accusing Weiland of interacting with bandmates only through lawyers or managers and showing up late to the group’s 2012 shows. It cites Weiland’s addiction struggles and poor performances as detriments to the band’s earning potential.

“The band endured much strife and lost significant opportunities because of Weiland,” the suit states.

Go to this location for the complete article.

Warner Bros Records has issued that the final nominees for the 39th annual People’s Choice Awards have been announced!! The nominees of “Favorite Band” are Green Day and Linkin Park.

The 2013 People’s Choice Awards will air live on CBS on January 9th.

According to The Pulse Of Radio, LINKIN PARK has become the first rock band to receive more than one billion hits on YouTube. Most of those have been at LinkinParkTV, the group’s official YouTube channel. The group’s 2009 single from the soundtrack of “Transformers: Revenge Of The Fallen”, “New Divide”, scored more than 131 million hits alone. The next biggest rock acts on YouTube are the RED HOT CHILI PEPPERS and GREEN DAY, with 327 million and 245 million views respectively on their channels.

The first artist to reach one billion views was LADY GAGA, who achieved it in 2010. She was later surpassed by JUSTIN BIEBER, who has racked up an unbelievable 2.8 billion hits. RIHANNA has also gone well over the one billion mark.

LINKIN PARK recently concluded the 2012 Honda Civic Tour, which it co-headlined with INCUBUS, and next heads to South America for a series of dates in Argentina and Brazil.

The band has been on the road behind its fifth studio album, “Living Things”, which is closing in on sales of 500,000 copies since coming out in June.