Topics in the panel discussion included; the safety and reliability of fast tracking vaccines; the legality of enforcing mandatory vaccines at concerts; risk and benefits of vaccines at a global level; distribution of vaccines, the safety of wearing masks at shows; touring in a non vaccine environment and helpful hints to reduce community transmission plus so much more.

David Ellefson also spoke about his recent Ellefon tour supporting his new album ‘No Cover’ and all the precautions and challenges the band faced on the road.

According to MEGADEATH ‘s official facebook page, thrash monster Dave Mustaine will be a featured soloist with the San Diego Symphony this April. The classical special concert, billed as “Symphony Interrupted” will take place at Copley Symphony Hall in San Diego, California on Saturday, April 12 @ 8:00 p.m.

A limited amount of tickets are still available at: www.sandiegosymphony.org 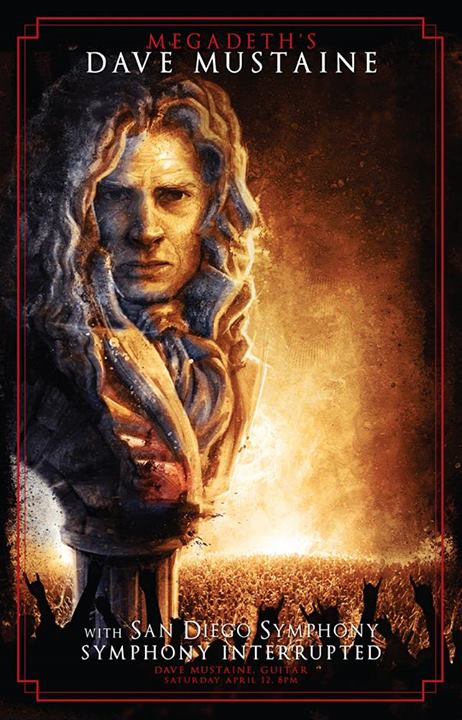 MEGADETH have checked in with the following update:

Two new dates have been added to Megadeth’s South American tour this fall. The band will perform the album Countdown To Extinction in its entirety at Via Funchal in Sao Paulo, Brazil on September 5th, and due to the first show being sold out, a second show has now been added in Chile. Megadeth will perform select songs from the album Peace Sells… But Who’s Buying? at Teatro Caupolican in Santiago, Chile on September 8th.

Megadeth’s complete live itinerary can be found at this location.

On June 10th, Megadeth performed in front of 85,000 people at the UK’s famous Download Festival in “the sun.” Bassist David Ellefson reports from the festival below.

Jackson have been presenting clinics with MEGADETH’s Chris Broderick and David Ellefson. The musicians have been highlighting their new Jackson signature bass and guitar models during highly informative and entertaining clinics that feature scorching performance demonstrations, dynamic group discussions with Q&A sessions, and signings. Up next is Mexico on the following dates:

Footage from the jaunt can be seen below: