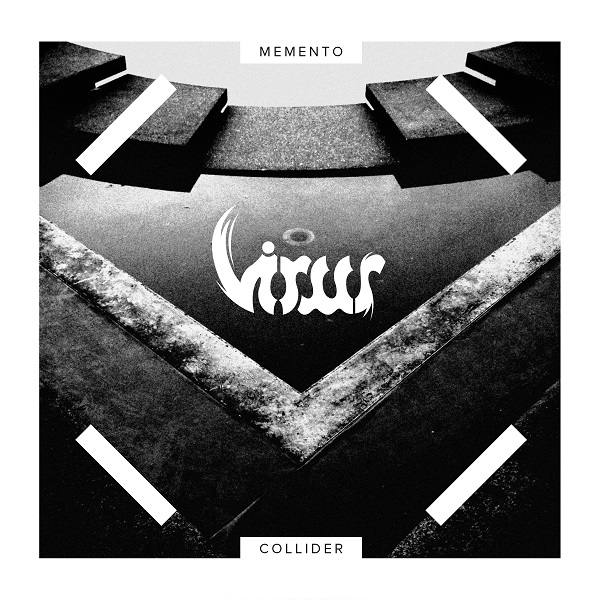 With the release date coming ever closer,  Karisma Records have debuted a track from VIRUS‘  fourth full-length album “Memento Collider”.  The track, “Steamer”, which is being debuted exclusively on Metal Hammer Norway (here) and Decibel Magazine (here).

Undoubtedly one of the most unique bands to come out of Norway, VIRUS have, for over a decade now, developed their otherworldly style and garnered themselves a large following that spans both the metal and rock scene world-wide.  “Memento Collider” heralds VIRUS‘ return to their original 3-piece lineup of Carl-Michael “Czral” Eide on guitars and vocals, Petter “Plenum” Berntsen on bass and Einar “Einz” Sjursø on drums.  This time the iconic trio have taken VIRUS’ idiosyncratic trademark sound of unusual flowing bass lines, experimental riffs and groovy rhythms a few steps further,  to create a sound that is still very much experimental and progressive in the true sense of those definitions, but at the same time is catchy and melodic.

Set for release on the 3rd June and recorded at the Amper Tone Studios in Oslo, “Memento Collider” marks a spectacular return for VIRUS, where they once again demonstrate what the true essence of progressive rock is all about!

As with their  previous releases, VIRUS have invited a guest to perform on the  album, and on “Memento Collider” it is VOIVOD’s  Dan Mongrain who contributes a guitar solo.  Artwork for the album is by the Trine + Kim Design Studio (http://www.trineogkim.no/ ).  Track listing as follows:

“Memento Collider” is available to pre-order in both CD and 12″ vinyl format from http://karismarecords.bigcartel.com/  as well as in in both formats or digital download from https://virus.bandcamp.com/

More information about VIRUS can be found on their website at http://virusnorway.com/ or on Facebook at https://www.facebook.com/virusnorwayofficial 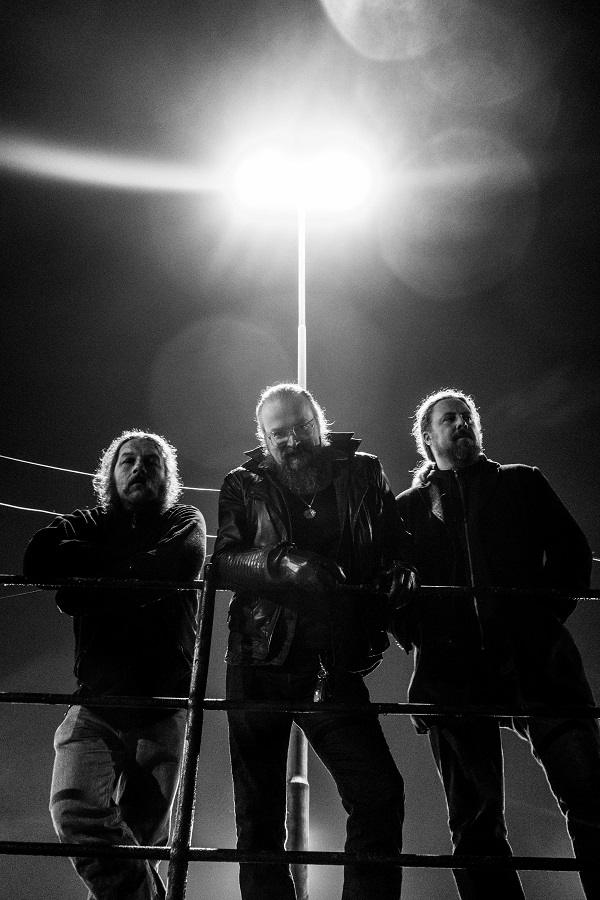 Norwegian Avant-garde rockers VIRUS have signed a deal with Karisma Records that will see the label release the band’s fourth full-length album. Alongside a recent busy touring schedule, VIRUS have been writing and honing material for the new album which will be titled “Memento Collider” and the band is currently at work on it in studio. “Memento Collider” is scheduled for release this winter, and more details will follow.

VIRUS was formed in 2000 from the ashes of 90’s avant-garde black metal project VED BUENS ENDE by Carl “Czral” Michael Eide with the idea of creating a new kind of experimental metal / rock. With Czral on guitars and vocals, he brought with him bassist Petter “Plenum” Berntsen and drummer Einar “Einz” Sjursø and the band recorded their only demo that same year.

Having been picked up almost immediately by Jester Records, VIRUS released their debut album “Carheart” in 2003, but Czral’s accident in 2005, which hospitalized him for a year, resulted in the band going on hiatus until the release of their sophomore album “The Black Flux” on Season of Mist in 2008. An album, incidentally, that earned them the title of “Album of the Year” in several publications, as did 2011’s follow up album “The Agent That Shapes The Desert”, which was released on the band’s own label Virulent Music.

VIRUS’ long awaited live debut came in 2011, and aside from club appearances and tours in both Europe and the USA since then, the band has appeared at a variety of prestigious festivals.

More information about VIRUS can be found on the band’s website at http://virusnorway.com/ or on Facebook at https://www.facebook.com/virusnorwayofficial