Posted by tarjavirmakari on May 21, 2017
Posted in: Int. News. Tagged: Metal Machine, Resistance. Leave a comment 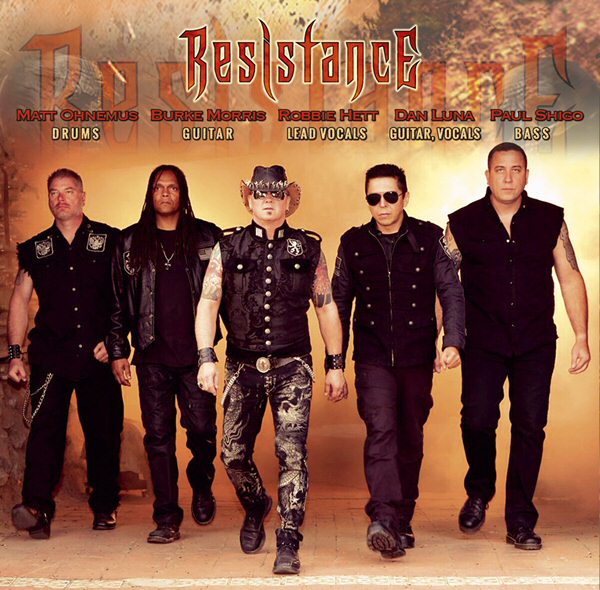 Formed in 2000, RESISTANCE are a Los Angeles based Heavy Metal band delivering a full on Metal assault from a broad range of influences. The band signed with Finland’s Lion Music in 2004 and released two critically acclaimed albums: “Lies In Black” (2004) and the conceptual Metal masterpiece “Patents Of Control” (2007). In 2015 the band returned with the “Battle Scars” EP, and most recently inked a deal with No Remorse Records, which will release their brand new studio album, “Metal Machine”. First reviews describe the album as “US Power Metal for fans of Metal Church and Liege Lord”.

“Metal Machine” was produced and engineered by Dan Luna, Bill Metoyer and Resistance, and was is mixed and mastered by Neil Kernon. Album’s cover artwork was painted by Dusan Markovic. “Metal Machine” will hit the streets on June 27, 2017, and will include 8 songs, including cover version of the Scorpions classic “Blackout”. 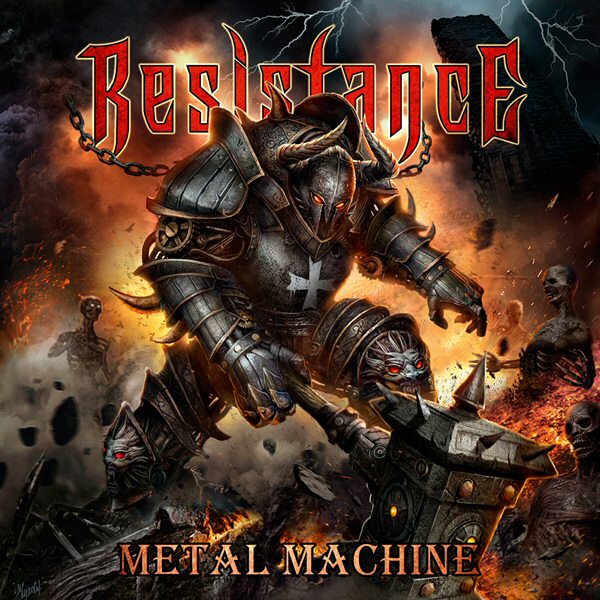 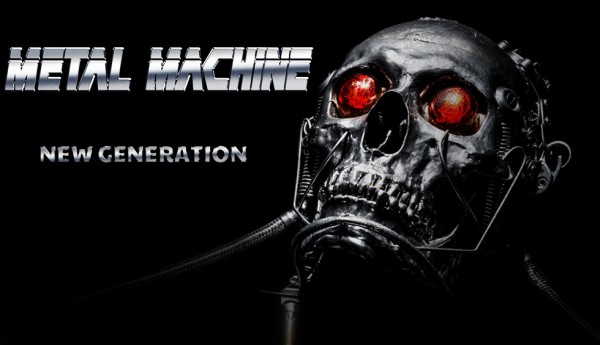 “New Generation“, a brand new song & video from metallers METAL MACHINE, can be viewed below. The track is taken from the band’s, yet untitled second album, scheduled for an early 2015 release. The video was filmed by Gustavo Freeze from Elborato Productions in Spain and edited by Axel W. of Rock’N’Growl.

The new song was produced, mixed and mastered by ZVEKAN at TMS Sudios in Mallorca, Spain. TMS Studios are powered by LEXICON Pro, Solid State Logic and TC-Electronics System 6000. ZVEKAN is proudly endorsed by VGS Guitars, Audio Technica Microphone and In Ear Systems. 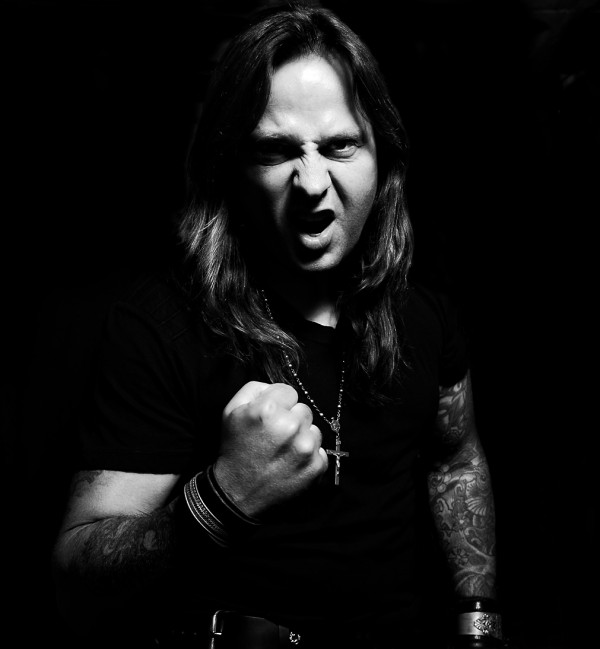 “Nailed To The Cross“,  a brand new lyrics video from metallers METAL MACHINE, can be viewed below. The track is taken from the band’s new album, “Free Nation“, which was released on October 24 via Dream Records. The video was created by Gustavo Freeze at Elborato Productions in Spain and edited by Axel W. of RockNGrowl.

ZVEKAN comments, “NAILED TO THE CROSS is a great rocker in mid tempo. The story about two people and their co-dependenc in a very bad way. The figure of speech.” 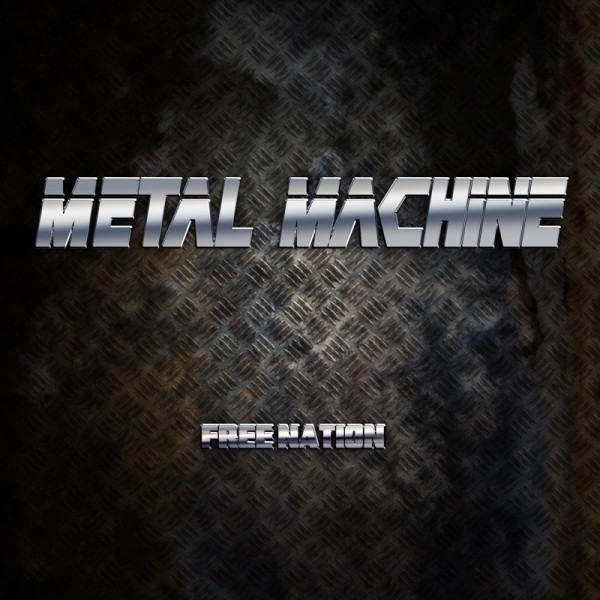 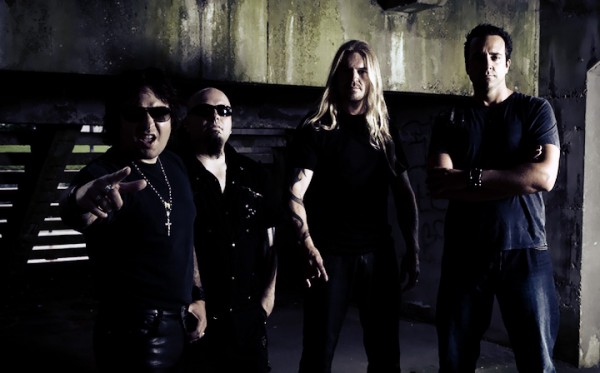 “Morning Star”,  a brand new song from metallers METAL MACHINE, can be streamed below. The track is taken from the band’s new album, “Free Nation”, which will be released worldwide digital on October 24 via Dream Records.

Singer ZVEKAN comments on the release of the first single: “MORNING STAR is a powerful and aggressive song. With lyrics like …riding on the wings of the morning star, which represents the evil in this World and the many that ride on it. A true metal classic that might just blow your socks off!” 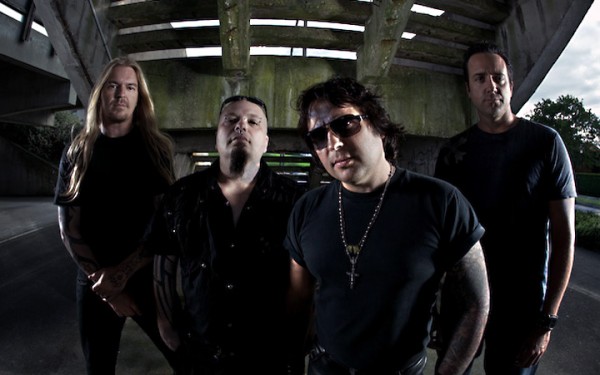 METAL MACHINE is finally delivering the recordings from a few years back that led to numerous high profile shows in Europe. The band fronted by lead singer CSABA ZVEKAN is making the recordings available for a Worldwide digital release via DREAM RECORDS due on October 24th, 2014 under the title “FREE NATION”.

Singer CSABA ZVEKAN comments: “I am excited that these recordings have finally found a way to all the fans who have seen us perform with these songs live!”.

The album was mastered by TMS Studios. The cover was designed by Axel W. (RockNGrowl).

DIO died at 7:45 am (CDT) on May 16, 2010, of metastasized stomach cancer according to official sources. Wendy wrote on Dio’s official site:

“Today my heart is broken, Ronnie passed away at 7:45am 16th May. Many, many friends and family were able to say their private good-byes before he peacefully passed away. Ronnie knew how much he was loved by all. We so appreciate the love and support that you have all given us. Please give us a few days of privacy to deal with this terrible loss. Please know he loved you all and his music will live on forever.”

METAL MACHINE on next Tuesday May 14 at 9:30 PM CET, will be entirely devoted to the special ”Metal Shock Machine – Tribute to Ronnie James Dio”, conducted by Marilina Natoli, in collaboration with Metal Shock Finland, on Cheyenne Radio Sound, radio audio-vision free. 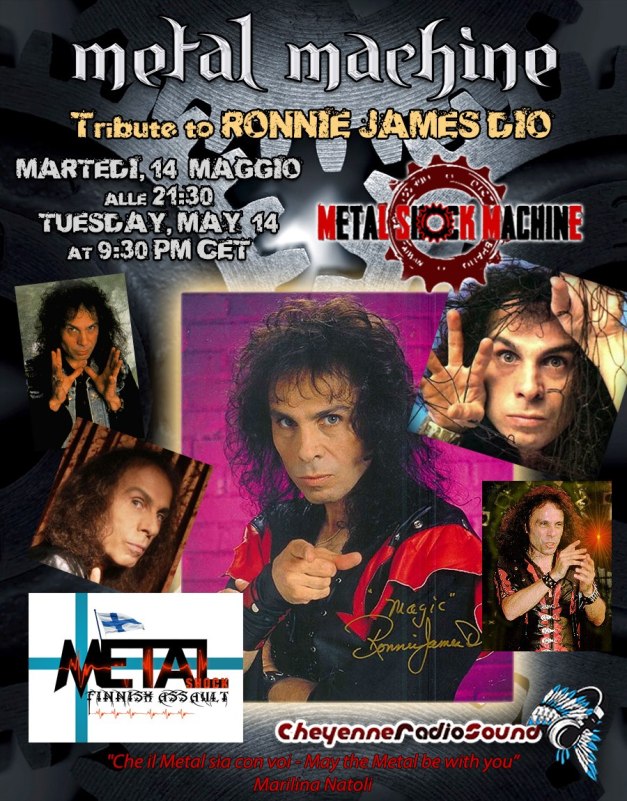