MOSTLY AUTUMN have been confirmed as support for Ritchie Blackmore’s RAINBOW in Birmingham on June 25th, according to classicrock.com.

The show is the only UK date for the guitar icon’s new-look lineup, and will follow the band’s appearance at the Monsters Of Rock festivals in Germany on June 17th and 18th. 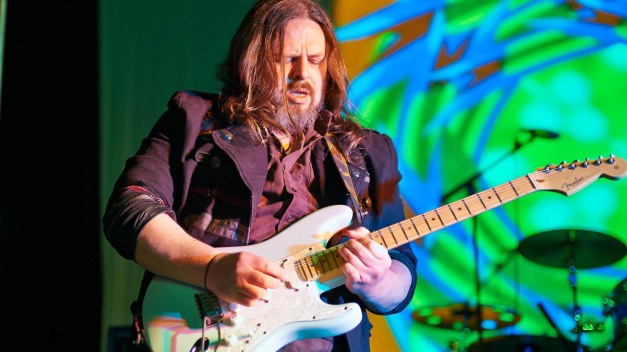 Mostly Autumn guitarist Bryan Josh says: “We are very proud to announce that Mostly Autumn, as a four piece, have been invited and confirmed to be the support for Ritchie Blackmore’s Rainbow on June 25 at the Birmingham Genting Arena.

“Our most sincere and heartfelt thanks go to all in the Ritchie Blackmore camp for this incredible opportunity. As you may well know, Ritchie Blackmore has been a major influence on me ever since I was a child. In fact, one of the main reasons I picked up a guitar in the first place all those years ago. This will be very special for so many reasons.”

Mostly Autumn released an acoustic EP last year which was recorded on their support tour with Steve Hackett in 2014.

Top of the bill for the Saturday night is FM who will be celebrating their 30th anniversary, with Snakecharmer and Wishbone Ash headlining on the Friday and Sunday.

A recent and very welcome addition to the bill is the former Masterplan vocalist, Norwegian Jørn Lande, who will play his only UK gig at this event. 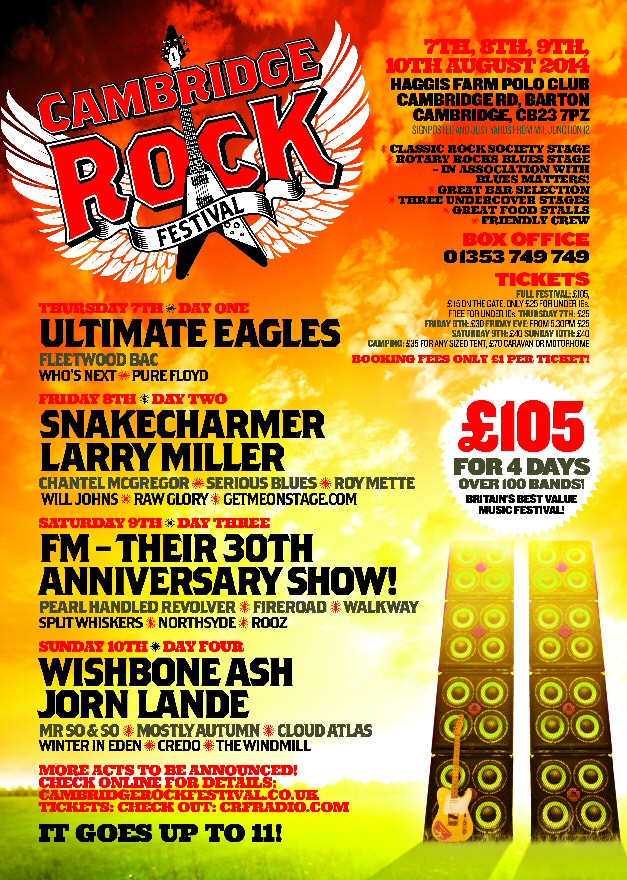 For Prog fans, the York-based Cloud Atlas are confirmed, and the acclaimed and ever-popular Mostly Autumn will also return.

There is an impressive pedigree of blues-rock acts, including the incendiary Chantel McGregor and the high-energy hard-rocking Larry Miller.

The Hard Rock and psychedelic combo that is Pearl Handled Revolver are also returning after their 2013 triumph.

Cambridge Rock Festival is renowned for having a wonderful mix of Rock, Metal, Prog and Blues, and with over 100 more acts still to be revealed 2014 is shaping up to be another classic already.

Outstanding value tickets are available now at £105 for the full four days of the festival at http://cambridgerockfestival.co.uk.