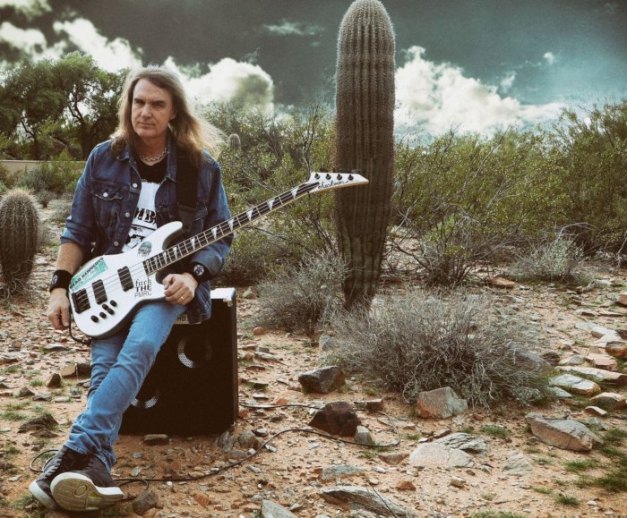 MEGADETH bassist David Ellefson has announced the release of “Sleeping Giants”, a companion LP to be released July 5th (CD/Digital, Aug 30th on LP) on Combat Records, in conjunction with his upcoming memoir “More Life With Deth”, in stores July 16th via Jawbone Press. Co-written with Ellefson’s business partner Thom Hazaert, “More Life With Deth” is the follow up to Ellefson’s celebrated “My Life With Deth”, and delves deeper into the later stages of Ellefson’s career, as well as a thorough exploration of the earliest days of Megadeth and beyond.

Featuring cover art by Melody Myers (Altitudes and Attitude, Marc Rizzo, Escape The Fate), “Sleeping Giants” will be a retrospective featuring several new tracks recorded by Ellefson and Hazaert, plus a collection of demos, and unreleased material, from F5 and David’s other projects, including the unreleased demo “If You Were God”, featuring John Bush (Anthrax, Armored Saint), plus several unreleased demos featuring House of Lords/Giuffria vocalist David Glen Eisley. The CD version will also include a second bonus disc, featuring a compilation of EMP and Combat Records Artists.

Check out a teaser video of the title track at the link below:

Says Hazaert, “David and I were in Tampa for PBX – Playback Independent Music Expo, and had just finished an amazing run of BASSTORY, where I ended up performing with him, and several of our friends, including Bumblefoot, and Dave Sharpe and Opus from Dead By Wednesday. We capped it off with an amazing all-star BASSTORY jam at the Brass Mug in Tampa with Dirk Verbeuren, Troy Sanders from Mastodon, Jason Bieler of Saigon Kick, Head from Korn, Kyle Sanders from Hellyeah. It was insane. So, we went into a local studio, MASTERSOUND in Tampa, with the Dead By Wednesday guys, and ended up writing and tracking “VULTURES”.

He adds, “David had all these other amazing instrumental songs and parts, laying around, that I had always loved, and we just ended up getting a bunch of guests to play on them, polished some of them up, I wrote lyrics, laid down vocals, and the rest is history.”

Says Ellefson, “I love to collaborate and It’s timely and fitting to work up these song ideas with my friends, and get to break out and release some of these great demos and oddities from over the years, the stories behind many of which are told in the book. And to be able to include many of the EMP and COMBAT artists, I think it really brings another dimension to the stories we’re telling in More Life With Deth.”

Adds Hazaert, “It truly was just writing and making music from the purest place of writing and making music… like, buddies in the garage jamming on songs. And while everyone knows him as a bassist, David is such an incredible guitar player, and songwriter, and I love that we can finally showcase that. And to have a bunch of our friends who are IN the book play on it, and for me and David to collaborate the way we did. I think it’s really special. And, at first, we really didn’t know what to do with it, or if we would even do anything with it, for that matter. We’d discussed the idea of releasing the new tracks as singles, then an EP, and then we came up with the idea to create a sort of “island of misfit toys” b-sides release, with all this killer stuff David had been involved with over the years, and it really all just kinda fell into place.” 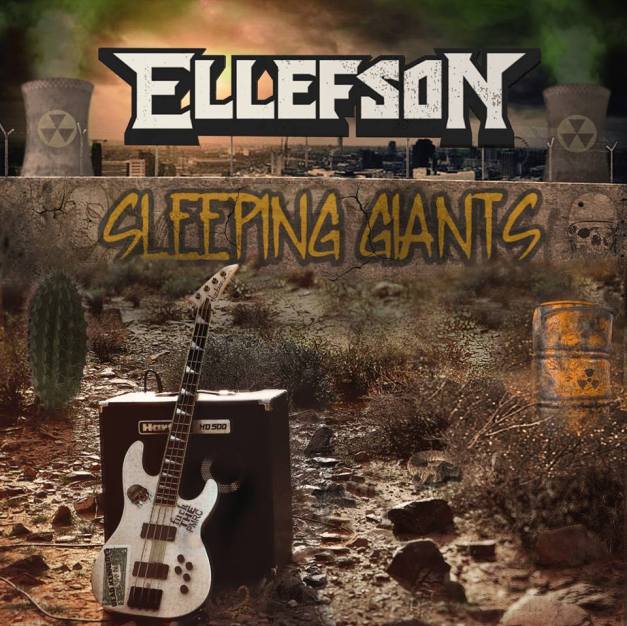