SAXON Drummer Nigel Glockler: “With Us, we just enjoy writing, that is what we are in It for”

Excerpts from the interview

When the new album compared to the last album
“The Pandemic obviously screwed up the timeline, I actually recorded the drums at the end of 2019. We have changed a few things since. The original release date for the album was February of last year but the Pandemic hit and the record company didn’t want to release it cause you couldn’t go on tour. I think the Pandemic just gave us more time to hone things down. “

When asked about how the band continues to release new music while other bands just rely on playing their greatest hits
” With us (Saxon) we just enjoy writing, that is what we are in It for and doing new albums and coming up with new music. This is the way we do it, seems to be working ok so far. (laughs).

When asked about what is next for Saxon
“We did those two gigs last weekend, Hammersmith and Manchester and the next thing for us is festival season. So we got about two three months off so we already started thinking about getting ideas ready for the next album, rather than waste time, let’s get ahead of the game so when that time comes around we are in good shape.”

Watch the interview HERE, starts at the 3 Minute mark.

In the chat, the three talk about the SAXSON back Catalogue and special SAXSON Poll on The Metal Voice Facebook page, trying to find the fan favorite SAXSON album of all time (which is still ongoing) and Nigel also gives some insight into the upcoming Studio SAXSON Album which is being worked on and in it’s early stages.

Nigel Glockler Told The Metal Voice about the next SAXSON Studio Album,”We put an effort in all the albums we do and try not to let anything sub-standard go in. We just started writing the next Saxon Album we have been in a rehearsal studio for a week in the U.K. just getting some ideas together. It’s always hard work writing.”

He continued. “In terms of musical direction it will be pretty much where we are at with Battering Ram and Thunderbolt but maybe on this album a couple more groove oriented songs. I think those last two albums lacked a little groove. This new one will have a bit more groove, but still heavy. We are doing writing sessions right now and working through them. We got about 10-11 ideas/songs at the moment. I’m scheduled to go into the studio to do the drums beginning of November 2019. In terms of producer nothing official but it’s pretty much a given who is going to do it. Nothing official yet. “

Vinny Appice: “I’m going to Europe to do this MOB RULES Live tour, we do all the BLACK SABBATH songs of the Dio era” 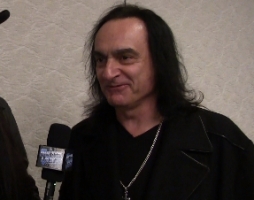 Vinny Appice On upcoming Mob Rules Live Tour in Europe
“I’m going to Europe to do this Mob Rules Live tour, which I did last year and was very successful. I am playing with a killer band from Italy, we do all the Black Sabbath songs of the Dio era and some Dio songs, people just love it. Nobody else is out there playing them, someone’s got to play them.”

On touring with Last in Line
“The New album is coming out Feb 22 2019 and we will be touring until almost the end of MAY 2019. We are actually doing a show with Def Leppard in a festival in England and Vivian Campbell will be playing with both bands that night.”

Plus Nigel Glockler drummer of Saxon talks Monsters of Rock, Us tour and the Eagle has landed Live album.

SAXON: Sven Dirkschneider To Stand In For Nigel Glockler At Last Two 2015 Shows

Nigel Glockler, drummer with British NWOBHM legends SAXON, has announced via his official Facebook page, that due to his move from the UK to the USA, he will have to miss the last two shows in Germany on the band’s current world tour. Nigel‘s last show this year is in Helsinki tonight (6th December). He stated:

As many of you are aware, the wife and I have been planning our move the USA for about a year – with things like a hospital stay and tours delaying this!

It was finally sorted and scheduled for this week – these dates cannot be changed so it means unfortunately I will not be at the rescheduled dates for Hamburg and Berlin. ( 9th & 11th December.)

My good friend Sven Dirkschneider of U.D.O. will be back behind HMS Glockler for me at these 2 gigs, but I will be back for the 2nd half of the tour when it picks back up in January.

SAXON continue their tour in 2016, starting in the UK on 24th January in Glasgow. For the full list of dates check here.

Drummer Nigel Glockler of British metal legends SAXON has announced via his official Facebook page that some of his equipment is either missing or stolen. Read Nigel‘s statement below:

“It seems I am the latest victim of equipment to be stolen or gone missing.

I’ve just been informed that 99% of my cymbals, sticks, pedals did not make it back after out last show at The House of Blues in LA last month. As well a limited edition Canopus snare drum that was a wedding gift from my wife is also missing. Our crew assures me it was packed up ready to be be collected, so sometime between them packing & the shipping company collecting they disappeared.

The cymbals were done especially for me, featuring the Saxon logo and font – so those will be easily recognisable – as you can see from the photo. As well my sticks feature the logo & my signature.

I would be most appreciative if people can keep an eye out & let me know if they spot them.

Gutted & furious does not even come close to how I am feeling!!” 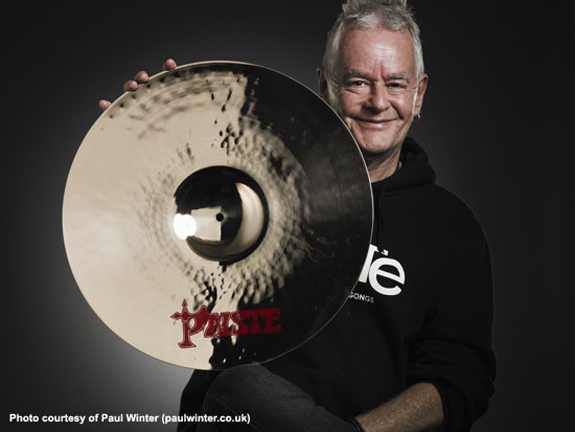 SAXON: Drummer Nigel Glockler Has Made A Full Recovery From Brain Aneurysm

SAXON drummer Nigel Glockler has made the happy announcement via his official Facebook page that he has made a full recovery from the brain aneurysm he suffered in December last year. You can read Nigel‘s words below:

“I am pleased to say that the neurosurgeons have informed me that I have made a full 100% recovery and there is zero damage at all from the ruptured aneurysm, mainly due to the part of the brain it was located in.

This means that I am okay to get back to work, but I am told to ease back into it. To that end I have started to work on getting my stamina back up and I look forward to being back full time very soon.

Thank you all again for the support and well wishes!

Great news Nigel! Best wishes from all the team at Metal Shock Finland! 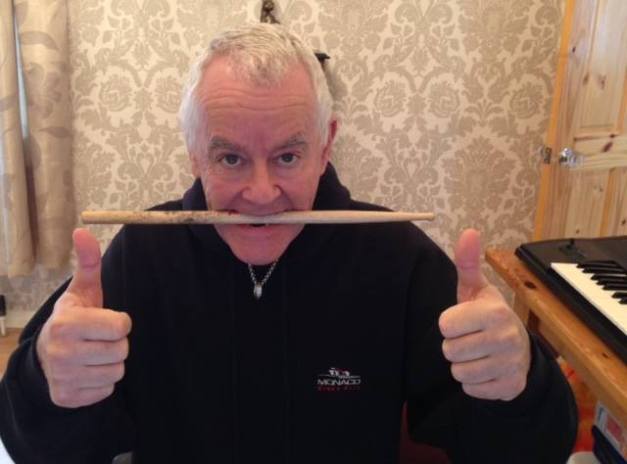