British metal legends JUDAS PRIEST have announced via their official Facebook page that the title of their new album, set for release early in 2018, is “Firepower”.

According to Blabbermouth.net, the band will support the disc’s release with a North American tour, which will kick off on March 13 in Pennsylvania, and wrap up on May 1 in Texas.

All dates will be running a “JUDAS PRIEST fan presale” starting Wednesday, October 25 at 10:00 a.m local time with the password “FIREPOWER” that fans can use to purchase tickets in advance.

Sneap, who plays guitar in the reactivated British occult metal act HELL, recently told Serbia’s Hardwired magazine that PRIEST had “about twenty-six ideas” in the early stage of the production process for the new album. “We’ve whittled [that] down to fourteen or fifteen,” he said, adding that “we haven’t decided on which songs [will make the final cut] or a running order for the album yet.”

Andy went on to say that PRIEST‘s new album will contain “a really good energy and some real classic moments.” He said “Rob did great” during the album’s final recording sessions. “I’ll tell you what: for someone who’s got that much experience, there’s no ego there at all,” he said. “We’d do, like, six or seven passes, and I’d ask him to try something a bit [different] on this part, and he was, like, ‘No problem.’ And he’d give me another four takes with a slightly different vibe. And then me and Tom Allom would sit there and we’d comp it, and we pretty much agreed on everything.” 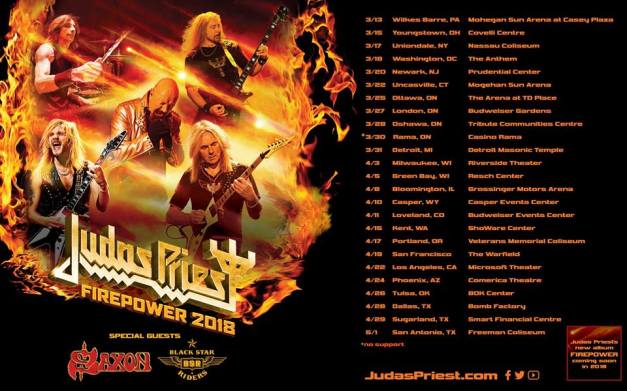