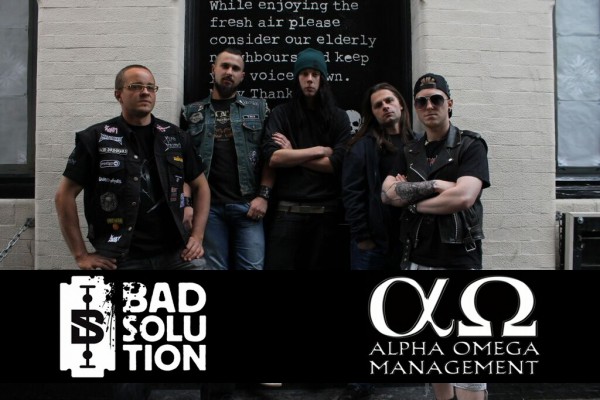 Recently ALPHA OMEGA Management announced its roster bands PAVIC, BAD SOLUTION and BEYOND ALL RECOGNITION to play at Krock Festival 2016, set to take place on June 17th, in Kherson – Ukraine, organized as a big celebratory concert for the city’s 238th Anniversary (18 June 1778).

London based BAD SOLUTION has issued the video message and invitation, watch it here:

BAD SOLUTION, formed in 2011  by guitarists, Trix and Mariusz. Originally made up of all Polish members, in November 2011 British vocalist Alex Willox took over as the frontman adding a new energy and sound to the bands music. Bringing together everyones favourite elements of Heavy Rock and Metal, BAD SOLUTION are the ideal antidote to an average existence, this band are sure to become the poison of choice for rock fans everywhere.

After two months of playing together, BAD SOLUTION made their live debut in Hammersmith, London for Poland’s most recognised charity (Great Orchestra of Christmas Charity). Having had such a great response from this show, BAD SOLUTION hit the live scene all around the UK, and have shared the festival stages with some big names such as: Gallows, The Blackout, Soulfly to name a few. 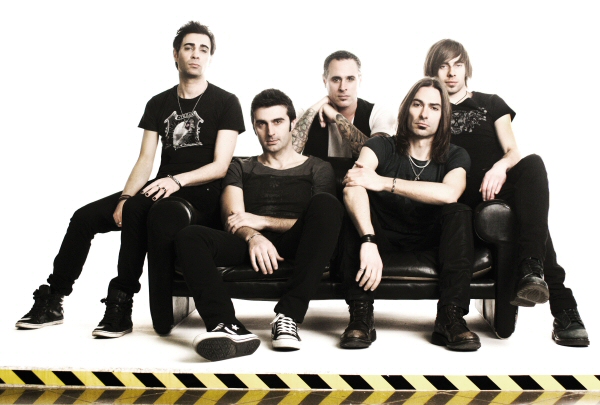 Furthermore PAVIC has released a video invitation to Krock 2016, check it out below:

PAVIC released their third critically acclaimed album “Is War The Answer?” in 2014. The album was mixed by the renowned American producer Rick Beato (Shinedown, Fozzy).

Currently the band is working for forthcoming projects.

Posted by tarjavirmakari on November 11, 2015
Posted in: Int. News. Tagged: "Is War The Answer?", Alpha Omega Management, EVERY TIME I DIE, PAVIC. Leave a comment

Italian hard rockers PAVIC, who recently signed with ALPHA OMEGA Management, have released a new video “Every Time I Die”. Watch it below.

“This song talks about how we live with the guilt of/for our mistakes. We should learn how to forgive ourselves, because mistakes are part of the growing process and we should never give them too much importance.

The video was filmed in Kiev, Ukraine. March 31st 2015 is a date that we will surely remember, a moment really important to us. We had an incredible and unforgettable experience playing together with Within Temptation in a completely sold out StereoPlaza venue. We definitely have to say that people there has been totally stunning and we really can’t wait to back to Ukraine again to bring our music there.”

Furthermore PAVIC have announced the next live shows in Italy, as follows:

PAVIC released their third critically acclaimed album “Is War The Answer?” in 2014. The album was mixed by the renowned American producer Rick Beato (Shinedown, Fozzy).

Currently the band is working for forthcoming projects. 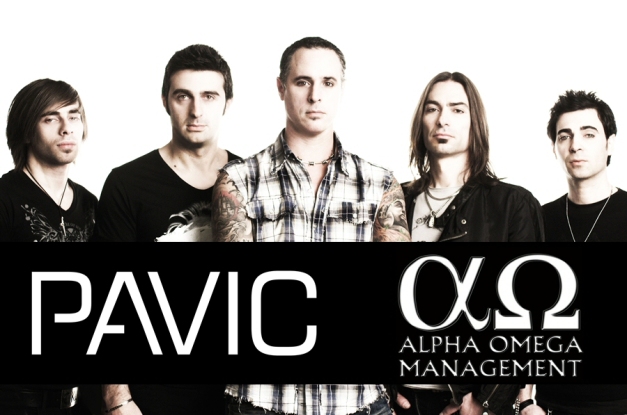 ALPHA OMEGA Management is delighted to announce the signing of the Italian Hard Rock Metallers PAVIC!

Comments the band:
“We are so excited to start working with ALPHA OMEGA Management, a perfect partner for our forthcoming projects. This is a new chapter for Pavic, stay tuned for some cool news coming soon!”

ALPHA OMEGA Management adds:
“We are so thrilled to announce PAVIC as our new roster band! Their way of playing alternative hard rock is unique, flavored with pure passion for music, discovering new frontiers, never standing still! Once you’ve listened to PAVIC, their music will be printed on your head like a fire brand! Stay tuned!”