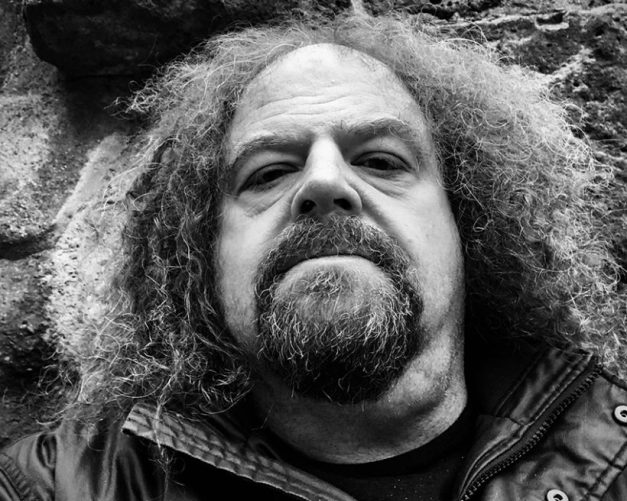 Shane tells to Metal Shock Finland: “For probably 20 plus years I always planned to move into making Dark – Experimental music ! I have loved this kind of music since I was a teenager. Finally during on of my many tours I took the plunge and started creating loops and ideas…so many ideas in fact but this 13 tracks make up the first album which comes out today on my digital label Extrinsic Recordings.”

Shane has been forming the ideas for the first DSB Album for a few years – A l lover of all dark, Experimental music and a huge retro horror/sci fi Movie fan his vision for DSB is an inevitable and natural progression as a composer of music

The tracks were conceived on tour and finalised at his home studio “Napalm Towers” in Birmingham,UK.

Stream and buy the debut album ‘De Omnibus Dubitandum Est’ at this location. 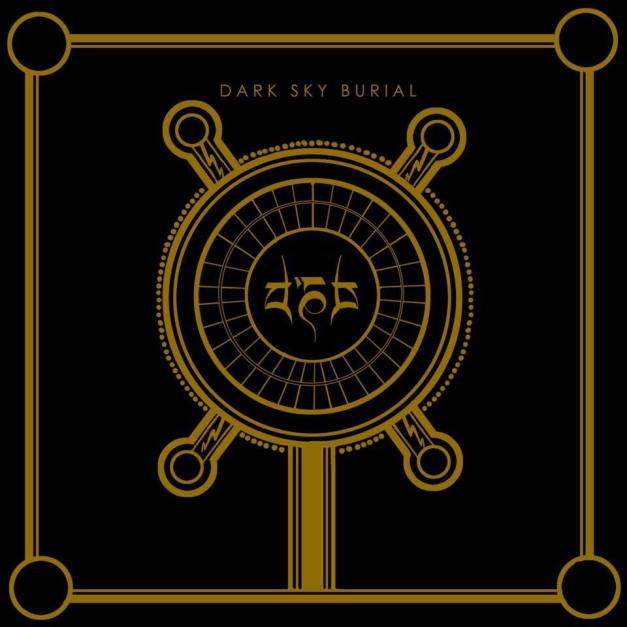 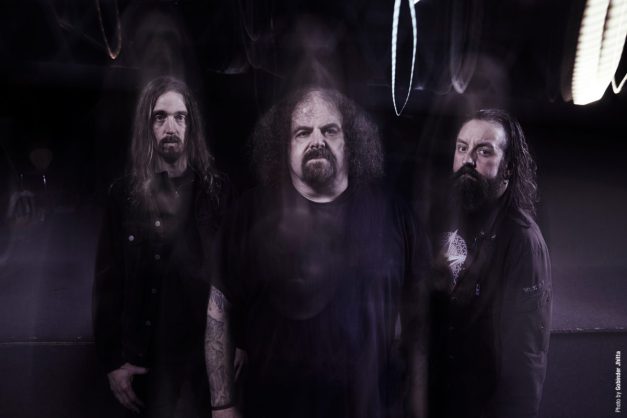 UK-based outfit TRONOS have released their debut album “Celestial Mechanics” via Century Media Records worldwide today and are therefore also launching an EPK-style interview clip where the TRONOS members, Shane Embury (Napalm Death, Brujeria) on guitar/vocals and producer Russ Russell (At The Gates, Dimmu Borgir, Napalm Death) on guitar, synths and vocals, discuss the formation of the group as well as other interesting and noteworthy details about “Celestial Mechanics”.

And check out the previously released TRONOS singles here:

“Celestial Mechanics” is available as Standard CD Jewelcase, Black 180g LP or as Digital Album with the following tracklist: 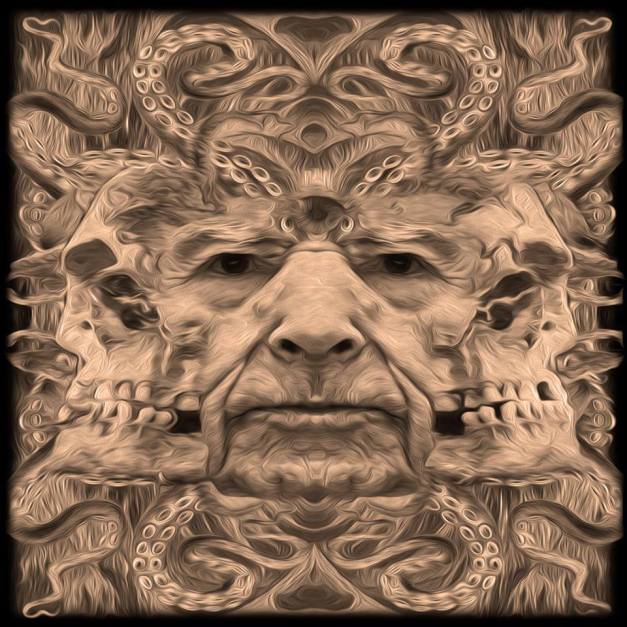 TRONOS is a true collision between two unstoppably creative heroes of the metal underground: Shane Embury (Napalm Death, Brujeria) on guitar/vocals and producer Russ Russell (At The Gates, Dimmu Borgir, Napalm Death) on guitar, synths and vocals team up with drummer Dirk Verbeuren for a load of dark fractured colossal doom ambience metal.

The greatest, most enduring music often emerges from a meeting of mercurial minds. Having worked closely for decades, Embury and Russell have long since established an instinctive creative rapport. After deciding upon the core ideals of their new venture, the task creating the music for what after long years of work is now TRONOS’ debut album, “Celestial Mechanics“, sent these two maverick extremists into mind-altering cosmic realms. With firm roots in avant-garde extremity and psychedelic sludge, “Celestial Mechanics” is a record with spectral grit and ornate disquiet hidden in its dizzying, deftly-assembled layers. Such is the strength of the material on this wildly eccentric slab of heaviness.

TRONOS checked in with the following comment about signing to Century Media Records for the release of their debut album: “We are beyond thrilled that Century Media Records have taken onboard TRONOS. It’s been a labour of love for us over the past few years now and we are excited to see what the reaction will be out there amongst the Metal Fraternity! We hope that you will find something of a reward deep within the labyrinth…“.

Or stream the track (In an artwork visualizer by Sam Edwards), here:

”This song talks about sacrifice, betrayal of emotion and the process of feeling temporary defeat. But in experiencing these feelings you realise that you can be a stronger person for the experience, the knowledge that maybe you are not unique and we are all dealing with our personal trials on a day-to-day basis.“

“Celestial Mechanics” will be available as Standard CD Jewelcase, Black 180gr. LP or as Digital album, and you can be pre-order the album as of today HERE!

Keep your eyes peeled for more updates soon…and get ready for lift-off!

Shane Embury: Launches New Label With His Own BORN TO MURDER THE WORLD Project

The album is titled “The Infinite Mirror Of Millennial Narcissism”, and it will be released digitally on August 24. The first track, ‘Brutal Alchemist’, is streaming now via Decibel. Listen here.

With the weight of two stalwarts of extreme metal behind it, BORN TO MURDER THE WORLD was always going to be heavy. With the blueprint for the band hashed out on drunken night’s out in their Birmingham home town, Shane Embury (Napalm Death, Venomous Concept, Brujeria, Lock Up etc) and Mick Kenney (Anaal Nathrakh, Mistress) swore to join forces.

Having known each other for the best part of twenty years, and being avid fans of each others’ creative output, distance was no barrier for the pair once Kenney relocated to California. As the album began to take shape, they recruited Duncan Wilkins AKA Drunk (Fukpig, Mistress) to give a voice to tracks such as ‘The Virus Is Within Us All’, and ‘Brutality Alchemist’.

Describing their unholy union as a “brutal amalgamation of Napalm Death and Anaal Nathrakh”, BORN TO MURDER THE WORLD is very much the sum of its parts, and then some. With songwriting jointly handled by Embury and Kenney, recording, mixing and mastering was also taken care of by the latter at his own studio, The Barracks.

As he enters his 34th year of making music, Extrinsic Recordings is a new outlet for all of Embury’s forthcoming projects and collaborations.

Track List:
1. When The Heart Is Violated
2. Brutality Alchemist
3. Genesis Misconception
4. The Virus Within Us All
5. As He Creates So He Destroys
6. Penetrate The Descent
7. The Death of Dreams
8. Poisoning Purity
9. Negative Plague
10. Corruption Feeds Deception
11. Tiyanak
12. How Barren Is Life Without Sin
BORN TO MURDER THE WORLD is:
Drunk – vocals
Mick Kenney – Guitars/ Bass/ Programming
Shane Embury – Guitars/ Bass 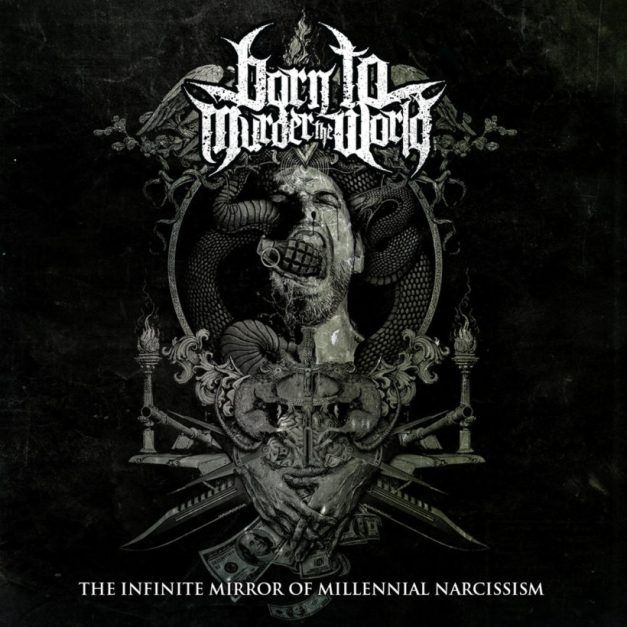 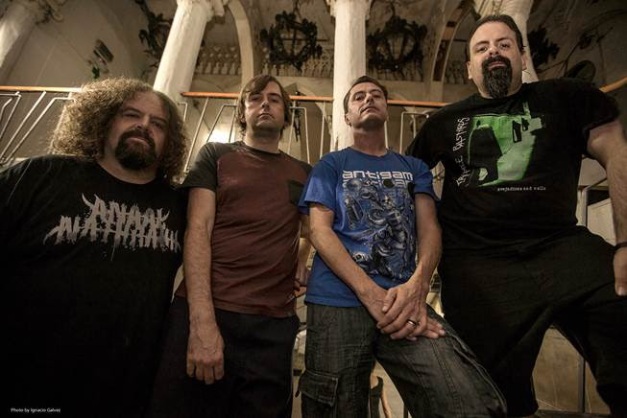 After a successful run of dates in Australia and New Zealand together with Carcass, British Grindcore pioneers NAPALM DEATH continue to promote their 15th studio album, Apex Predator – Easy Meat with festival appearances this coming weekend in North America (Maryland Death Fest and Fort Worth Metal Festival) as well as dates in Europe and Russia this summer.

NAPALM DEATH bassist Shane Embury checked in briefly with greetings while on travels as follows: “We had an awesome time down in Australia & New Zealand with our old friends Carcass! A lot of history between us as everyone probably knows and the crowds were very appreciative with most of the shows sold out. And what a great line up, also with Extortion opening…a truly awesome band from Australia. All in all a killer tour and I almost got Bill Steer up onstage for a few of the old songs, but we never quite managed it with all of the crazy traveling and early flights. But one day soon though, I tell you…Cheers!“

Here is a list of the upcoming NAPALM DEATH shows that are announced so far:

“How The Years Condemn”:

And a pretty interesting interview with NAPALM DEATH’s vocalist Mark Greenway recently published via Psychology Today can be read HERE.

NAPALM DEATH are currently working on a special split 7″ EP project for which details will be revealed soon. Watch out! 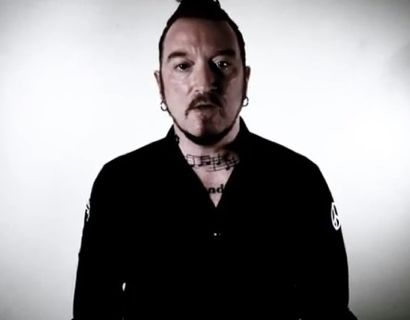 The ‘Gruntwhore’ video below was created by Jeremy Belinfante who explains: “This video was made for a budget of about $500 AUD and shot over two and half days – entirely in my garage. It was a lot of hard work, but I’m really happy it’s finally being released. It’s been a long process to get this out. Pre-production started in February 2011 and the footage was shot in May 2011. The track was finally mixed and mastered in October this year. The clip is indebted to all the people who worked on it – cast and crew – who gave their time, effort and put their questions about the subject matter aside to help bring this twisted scenario and these ridiculous characters to life. The shoot introduced a lot of people to one another who have gone on to collaborate and become good friends.”

Note: Viewer discretion is advised; content is graphic and is NOT suitable for children.