Acclaimed MISERY INDEX and PIG DESTROYER drummer Adam Jarvis has announced a new contest with Sick Drummer. One winner will be chosen by Adam Jarvis and will receive a 16” Sabian AA Rock Crash, signed by the members of MISERY INDEX and PIG DESTROYER, as well as a copy of “The Killing Gods” CD from SEASON OF MIST. More details about entry can be found at the official Sick Drummer website.

MISERY INDEX recently announced their inclusion into the “Infernus Tour 2015”. The tour begins on October 27 and sees the band travel throughout the U.S and Canada (on select dates) before concluding on November 25. The month-long trek sees MISERY INDEX supporting HATE ETERNAL, and features BEYOND CREATION as well as RIVERS OF NIHIL. A full list of confirmed tour dates can be found below.

MISERY INDEX previously premiered videos for “The Calling” and “The Harrowing”; both videos were directed by David Hall.

Having cemented a reputation as one of the most formidable live bands in death metal, MISERY INDEX (Jason Netherton – bass guitar, vocals, Mark Kloeppel – guitar, vocals, Adam Jarvis – drums, Darin Morris – guitar) have toured the world over numerous times on the backs of four critically-acclaimed albums. The Baltimore-based quartet has leveled venues in over 40 countries, over 1000+ live shows. With albums showcasing a disgust for everyday life and the ills of modern society, MISERY INDEX will continue to push their crushing take on pummeling death grind with the release of ‘The Killing Gods’.

Carcass have stormed the German media control charts with their new masterpiece, Surgical Steel. The album hit the charts at # 10 in it’s first week. 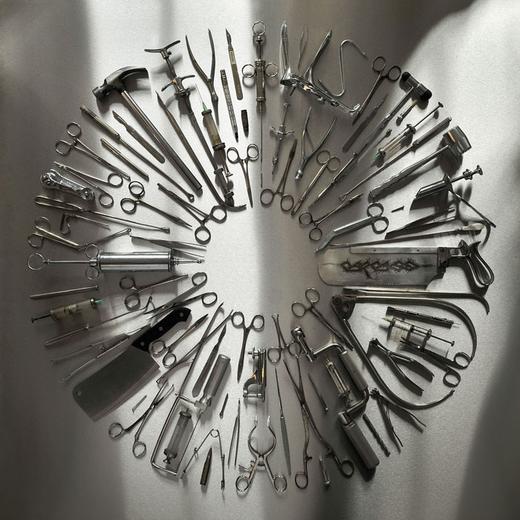 The band states: “Wow! Well we had every faith in the fact that we’ve recorded a very strong album and we had every faith in our label Nuclear Blast that they would work their asses off – but this is AMAZING news!!! This even more impressive when you consider that our album ‘leaked” a month before the release date AND that we didn’t target the charts in the summer when it was “soft” and easier to chart high. Carcass was up against some strong mainstream releases this past week! Thanks to all the listeners who bought the album – it goes to prove to all the cynics out there wrong – people DO still buy albums – especially metalheads! If you bought the album you should be proud of yourselves! Again, thanks from us!”