Founded in 2011 Californian Death Metal force SKELETAL REMAINS quickly evolved into one of the new driving forces within the hard-contested Death Metal landscape after releasing four powerful studio records crowned by the phenomenal success of their last album “The Entombment of Chaos” (#45 Official German Album charts). To celebrate the bands 10th anniversary Century Media releases something special and reissues the 2011 “Desolate Isolation” demo tape on 180g vinyl including various bonus content compiled from one decade of SKELETAL REMAINS band history. Featuring a brand-new artwork by Mark Riddick and a special Bonus CD (for the vinyl edition) including outtakes of the guitar solos of each SKELETAL REMAINS album, this release is the definitive SKELETAL REMAINS collectors’ item for every die-hard fan out there. “Desolate Isolation – 10th Anniversary Edition” will be also available on all digital platforms.

Additionally, there will be reissues of SKELETAL REMAINS’ first two studio albums “Beyond the Flesh” and “Condemned to Misery” with remastered sound available on CD and Vinyl (already available digitally). All reissues will be released on May 21st. Pre-order starts now!

Picking their name from a line in Demolition Hammer’s ‘Human Dissection’, California’s SKELETAL REMAINS not only have proven their exquisite taste in terms of finding the right moniker, but also musically by combining influences from Death to Pestilence, from early Gorguts to Morbid Angel as well as the aforementioned New York thrash commando. In support of the previous albums “Beyond The Flesh” (2012) and “Condemned To Misery” (2015), the band constantly toured Europe, the US or also Japan, performed at such renowned festivals as Maryland Death Fest, Party.San, Brutal Assault, Obscene Extreme or also Hellfest.

“Beyond the Flesh (Re-issue 2021)” is available in various formats and can be pre – ordered HERE!

“Condemned to Misery (Re-issue 2021)” is available in various formats and can be pre – ordered HERE!

“Desolate Isolation – 10th Anniversary Edition” is available in various formats and can be pre – ordered HERE!

If you haven´t checked out “The Entombment of Chaos” yet give it a spin HERE!

Stated the band, We are extremely happy to unveil the final single and new video from our upcoming album. “Dissectasy” is the gruesome tale of a crazed man, driven by his morbid desires to the point of self dissection.

“Dissectasy” appears on the band’s fourth studio album “The Entombment Of Chaos”, which will be out September 11th. Order your copy here.

Posted by tarjavirmakari on August 12, 2020
Posted in: Int. News, News. Tagged: "Congregation of Flesh", “The Entombment Of Chaos”, SKELETAL REMAINS. Leave a comment

The song appears on the band’s fourth studio album “The Entombment Of Chaos”, out September 11 via Century Media. Pre-order the record here!

“We gave this song to our director, Dillon Vaughn, and let him have a little fun with the narrative of the video, putting his own twist on the lyrical theme,” says singer/guitarist Chris Monroy. “It depicts a small cult giving a sacrificial offering to their verminous god in hopes of bringing forth the physical form of whom they praise. Big thanks to Anthony Vasquez, Max Ouweelen, and Harley Barden, who offered their time to help out and a special thanks to the legend Dylan Carlson of Earth for lending his hand to play our Cultist Leader.” 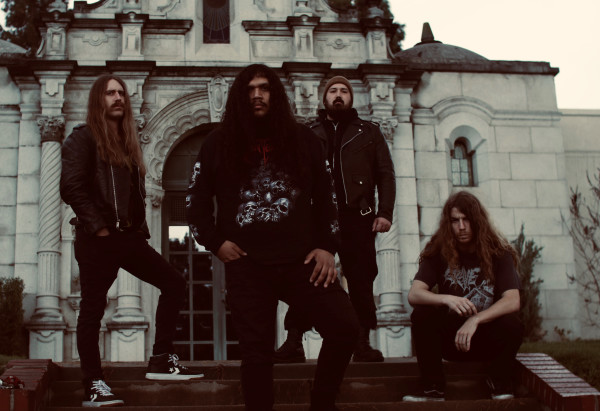 The band comments:
“We are very excited to share with you the first single and opening track off of our new album “The Entombment Of Chaos”. We feel this is a good introductory to the album that gives you the vibe for what the rest of the record has to offer. “Illusive Divinity” tells a story about the arrival of higher beings with hidden intentions fooling all into believing they are divine entities here to bring salvation to humanity. Hope you all enjoy!”

Posted by tarjavirmakari on June 23, 2020
Posted in: Int. News, News. Tagged: "The Entombment Of Chaos", SKELETAL REMAINS. Leave a comment 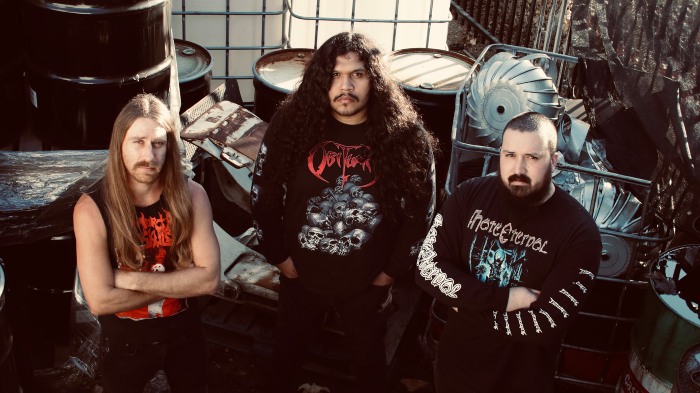 Two years and countless gigs and tours later, Californian death metal act SKELETAL REMAINS are proud to present the successor to 2018’s much-lauded “Devouring Mortality”. On September 11th, 2020, the band will release “The Entombment Of Chaos”, their fourth and most accomplished studio album to date, on Century Media Records worldwide.

The band comments:
“We chose to work with Dan Seagrave along with Dan Swanö once again for the artwork and mixing/mastering of the album as we were very satisfied with the work they both did on our last record. This time around there are a few more songs on seven-string guitar than the last album, making it an overall heavier sounding record. We also wanted to incorporate more aggression and brutality this time around to give the album that extreme edge it needed to top our last three releases. In addition to that, we brought in our good friend Charlie Koryn (Funebrarum, Ascended Dead) on drums to add his own pummeling sound into the mix giving us an end result we’re all extremely proud of. We cannot wait to share it with all fans of Death Metal!” 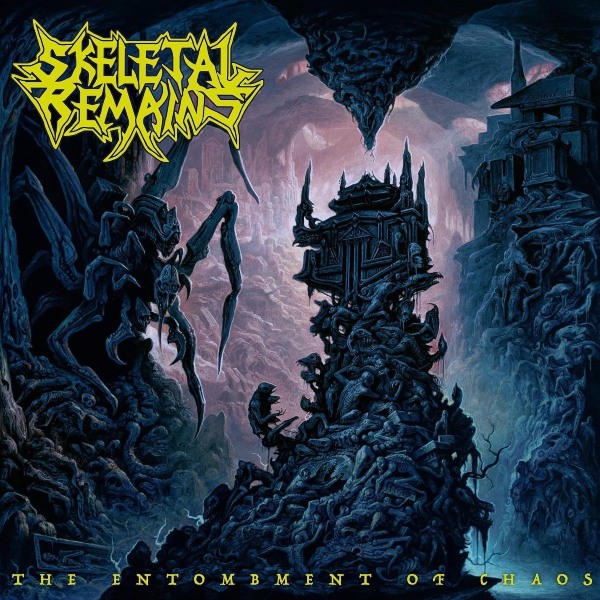 The album will be released as Gatefold LP plus CD, Limited Edition Digipak CD with patch, jewelcase CD and digital album. It will include the following tracks: 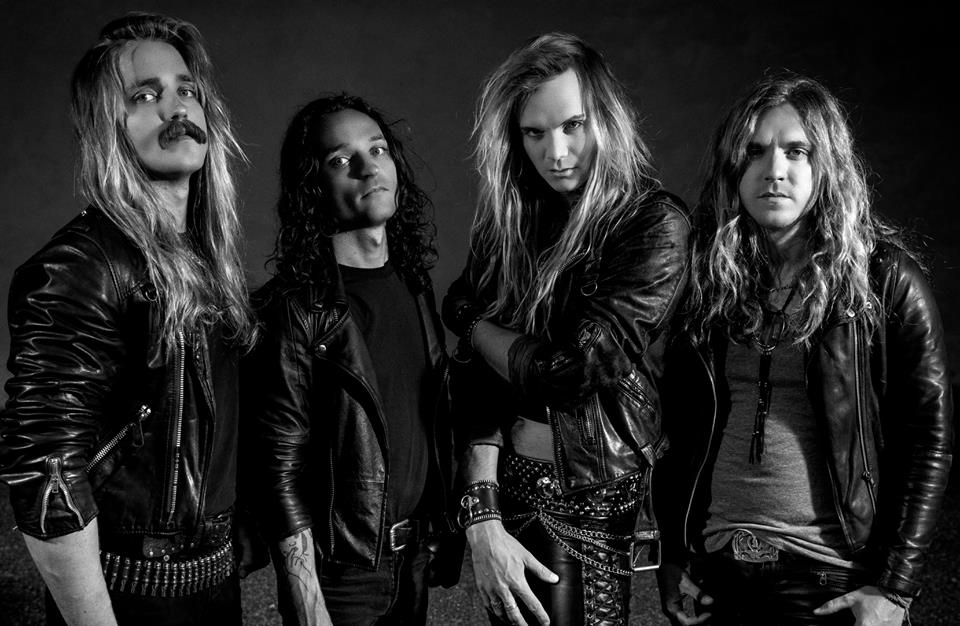 Swedish metallers ENFORCER released their fifth studio album »Zenith« on April 26, 2019 through Nuclear Blast. After playing a string of European clubs shows and festivals, the quartet have just finished a 4-date Mexican tour with US-based thrash metal outfit WARBRINGER. But that’s just the beginning as both bands are kicking off a 54-date North American tour at Brick By Brick in San Diego, CA today. Following this run, ENFORCER will return to European stages in November/December as part of the recently announced »Winter Tour 2019« alongside their label mates MUNICIPAL WASTE. The tour package is completed by TOXIC HOLOCAUST and SKELETAL REMAINS. These shows are not to be missed! All dates can be found below. 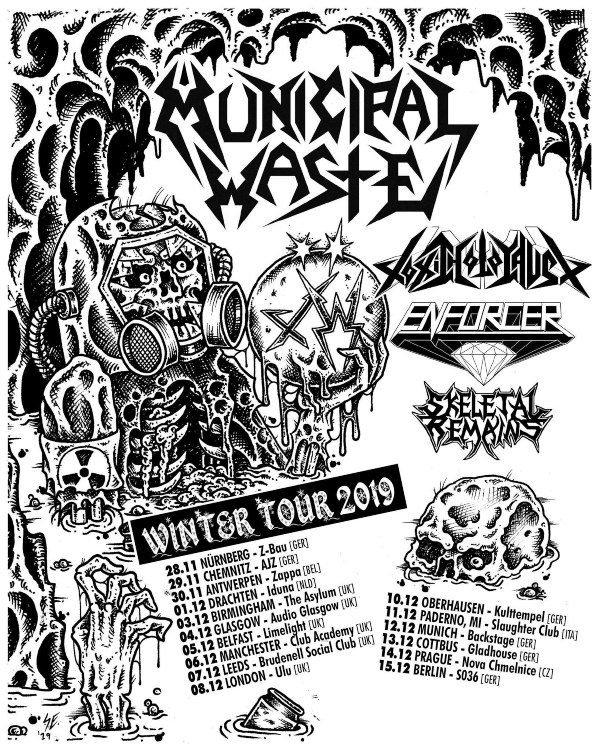 In anticipation and celebration of the aforementioned live activities, ENFORCER have released a music video for the track ‘Sail On,’ which was directed, filmed and edited by Christoffer Sandler, over on YouTube. Watch now:

Guitarist/vocalist Olof Wikstrand states, “Super excited to release this fourth music video off of »Zenith.« Takes you back to the recording sessions of the album. Also we are super excited to kick off the North American tour this week. See you out there!”