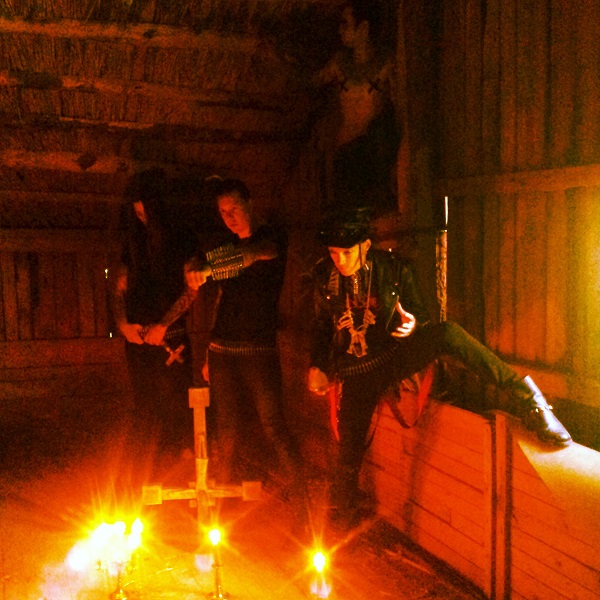 HORNA frontman Spellgoth will be joining KVELERTAK‘s  Erlend Hjelvik,  SHINING‘s Niklas Kvarforth, and SORHIN‘s Nattfursth on the upcoming album from Swedish “Alfapokalyptic” Rockers ALFHANNE, who, together with their label Dark Essence Records, have been running a competition over the past couple of months, inviting fans to guess the guests and win a copy of the new album.

“The competition has been a lot of fun for us” commented the band, “and hopefully the fans have enjoyed it too – we’ve certainly been receiving entries from all parts of the world.  Our guests on this album are all from quite different bands, and are are musicians for whom we have a great admiration and we were more than excited when they agreed to perform guest vocals.  From the comments we’ve been getting it seems that the fans feel the same way too.  Obviously we can’t reveal too much about the new album at the moment, except to say that it will be out in September, but Dark Essence Records will be revealing more information soon, and you’ll get a chance to hear something from it too!”

Formed in 2010 ALFAHANNE’s lineup of  Pehr Skjoldhammer on Vocals and Guitar, Fredrik Sööberg on Guitars, Niklas Åström on Drums and Jimmy Wiberg on Bass,  have a good two decades of experience under their belts, having been around the Black Metal scene since the early ‘90’s, in bands like VINTERLAND and early MAZE OF TORMENT.     Their self-styled  “Alfapokalyptic Rock”, which mixes Black Metal with Classic Rock and Punk, combined with their charismatic and high-energy live shows,  has gained the band a legion of fans, both inside and outside of Europe.

ALFAHANNE’s new album will be a follow up to last year’s debut full-length “Alfapokalyps”, which once again featured guest vocals from SHINING’s Niklas Kvarforth,  as well as TAAKE’s Hoest and HELHEIM’s V’gandr. 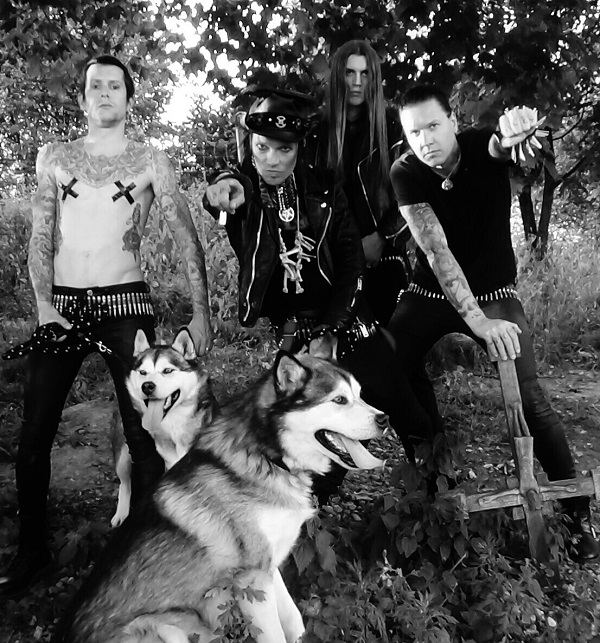 For those who were not already aware, ALFAHANNE, known for their interaction with fans,  together with their label Dark Essence Records,  have been running a “Guess the Guest” competition in the run up to the release of the band’s sophomore full-length album later this year.    With SHINING frontman NIKLAS KVARFORTH already announced as the first guest, the band and it’s label are ready to  announced that the second of four guest on the band’s upcoming sophomore full-length album will be NATTFURSTH from the iconic Swedish Black Metal band SORHIN (photo below). 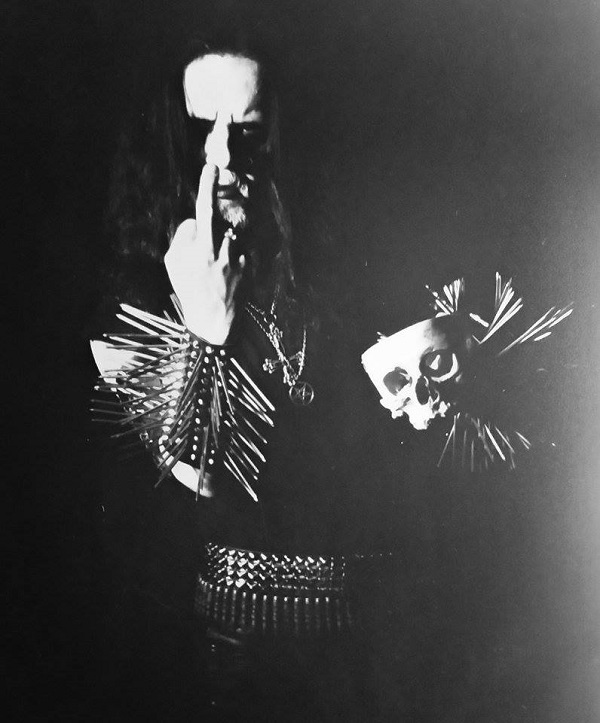 “We really wanted to get the fans to join us in having some fun while we all wait for the new album” said the band.  “And from the feedback we’re getting, it seems the fans are really getting into it, which is great.  We knew Kvarforth would be easy to guess as we have worked together often, both live and in the studio, but we weren’t so sure about Nattfursth, who  is someone we’ve admired for a long time and were very excited to have work with us.  We  needn’t have been worried and  it’s a real tribute to his standing in the world of Black Metal that the entries to the competition started pouring in right away.  We think the next guest will be pretty easy to guess, so enjoy the guessing, and we look forward to receiving your entries”.

The clues for guest number three are as follows:

4) This guest’s band released their debut full-length album on Indie Recordings, before moving to Roadrunner Records for the release of their sophomore full-length

Anyone wishing to enter should email their guess and their name and address to ALFAHANNE’s management on info@pthomasmanagement.com  (use Alfahanne Competition in the Subject line) or drop the band a private message on Facebook at https://www.facebook.com/alfahanneofficial by the 4th June.   The  winner  will receive a copy of the new album as soon as it is released.