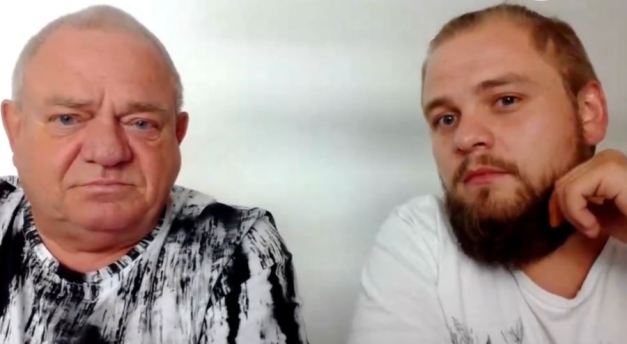 Jimmy Kay and Alan Dixon from Canada’s The Metal Voice recently interviewed Udo  and Sven Dirkschneider of U.D.O. The two spoke about their upcoming orchestral new album ‘We are One’ and their songwriting collaboration with the Musikkorps der Bundeswehr (Concert Band of the German Armed Forces) and the two former  Accept Stefan Kaufmann and Peter Baltes.  Other topics in the interview, drive-in concerts, songwriting with Peter Baltes and touring with Ex Accept singer David Reece.

When asked about why they decided to collaborate with German Armed Forces Orchestra
“We did two shows in the past with the orchestra, the first in 2015 at Wacken and the sound on stage was amazing, there was a lot of energy. Then we did another show on 2018 and the audience was 40% metal fans and the rest of  was there for the orchestra. The audience was really enjoying the show and they were standing up and clapping. So after this concert we were having drinks with everyone and we were talking about continuing together by doing an album together. We said if we do a new album we have to write new songs. So we had a meeting with the two guys who do the arrangements for the orchestra and we started working on everything. We were sending files back and forth and it took nearly a year before everything was done, it was a lot of work.” Udo

When asked about former Accept bassist Peter Baltes contribution to the new album
“Peter’s participation was not planned unlike Stefan Kaufmann who’s participation was planned from the beginning on the new album. One day I was in Germany and Stefan told me to do some demos in the studio so I went there  but he didn’t tell me Peter Baltes would be there. Peter was there doing some stuff with Stefan at the time. Then we started talking and Peter said he had some ideas to contribute to the new album and if I didn’t mind and I said I don’t mind. I never had a problem with Peter and his ideas. For this project it was important to have really good stuff and for me it doesn’t matter who is writing the songs. Of course Stefan and Peter ideas are not so far away from my ideas. Peter and Stefan were both very happy to work on this project. When I met him it was like I just saw him yesterday after 15 years. ” Udo

When asked if Peter is joining U.D.O.
“Peter to be the bass player of U.D.O. no. We were not really talking about this. I heard he is doing a solo album and if he wanted me to sing a song ok but he is not joining the band. ” Udo

“I mean it would be cool to play with him once but we already have a very strong 5 piece band.” Sven

When asked about Udo rapping on the song ‘Here we go again’ off the new album
“When I did the demo vocals my son Sven was saying are you sure you want to do this?  Don’t ask me why I did this, it was just coming out like that. ” Udo

“Then I was  asked to do some demo vocals on that song and it ended up being a duet between me and my father.” Sven

When asked about their thoughts about doing Drive-in shows
“That’s a bit weird, the stage would need to be very big so we could fit 85 people (orchestra and band). Can’t happen right now cause there are too many orchestra players and they have to maintain social distance.  We have lots of offers at the moment to do these drive in shows but our band members are spread all across Europe, we come from three different countries and have a hard time to travel. We can’t even come together to practice. Of course we would like to do these shows, I think it would be cool once in a lifetime event. ” Sven

When asked about bringing former Accept singer David Reece as an opener for U.D.O. shows on future North American tours
“I’m up for it. he was very nice and he is a good guy to talk to and spend time with and it would be fun, why not? ” Sven

“I’m really good friends with David, we had a lot of fun on the last tour together.”  Udo

The album contains 15 new songs that will be released through AFM Records /Soulfood Music. All songs have been developed and arranged by U.D.O. together with Christoph Scheibling. The two former Accept musicians Stefan Kaufmann and Peter Baltes have been part of the songwriting too – as well as the German Armed Forces´ composers Guido Rennert and Alexander Reuber.

The album is entitled `We Are One‘ and will be released on July 17th.

ACCEPT: Announce Documentary Plans And Ask Fans To Participate In Its Making

Legendary German metallers ACCEPT have announced via their facebook page that they are to make their first official documentary entitled “ACCEPTology The Documentary.” The band are requesting contributions and material from fans for this exciting project, for more information read their announcement below:

This year, German metal legends ACCEPT are headlining European festivals, preparing a new album as well as working on their first live DVD and CD featuring WOLF HOFFMANN, PETER BALTES, MARK TORNILLO, HERMAN FRANK & STEFAN SCHWARZMANN. The Teutonic Metal band has touched the lives of so many fans and musicians alike along the way in their 30+ year career. Having inspired legions of fans with songs like FAST AS A SHARK and METAL HEART; ACCEPT helped create the Speed Metal genre. This time, however, it is the band that is inspired by the fans. With the making of new music on the horizon and their busy schedule, the band is eager to share even more of themselves with their loyal following by announcing the making of the first official ACCEPT documentary. From their humble beginnings as a garage band in their German home town of Solingen in the late ‘70s, their ‘80s BALLS TO THE WALL ‘glory days,’ and all the way up their most successful re-incarnation with power house vocalist MARK TORNILLO. This is a very proud and important moment for the ‘German Heavy Metal Band’.

ACCEPT invites everybody who has ever crossed paths with the band to head over to their official Facebook page (www.facebook.com/accepttheband): To submit pictures, letters, recordings, videos, films, memorabilia, stories, simply anything and everything ACCEPT. We invite producers, music industry professionals, promoters, writers, photographers, families, friends, and other musicians whether you’ve stayed connected with or only passed through the doors to participate – including a special invitation to (our former frontman) Udo and all the musicians who have been performing ACCEPT songs for more than 30 years.

If you were deeply touched by whatever ACCEPT was and is, you are invited to contribute to the archives which will be used for the long awaited and forthcoming ACCEPT documentary. Many have had their lives influenced and changed and enriched by ACCEPT including Lasse in Sweden for instance, who owns the largest ACCEPT memorabilia collection on the planet. “These are our heroes and we owe them the recognition and a place in ACCEPT’s documented history,” says guitarist Wolf Hoffmann.

Helming the project, will be STEFAN KAUFMANN. Under his command (as an expert of ACCEPT’s history) and along side the band, he will whip the project into shape in order to capture the legacy for all. PETER BALTES adds, “This is not the story of one musician or their ‘personal success’; it is ultimately about a band from Germany who defined and inspired more than one music genre.”

Fans can submit their material via the ACCEPT Facebook page www.facebook.com/accepttheband including posting on the ACCEPT Facebook wall all or by sending a Facebook Message or by emailing the band at: acceptology@gmail.com. Remember ACCEPT is looking for: Live photos, stories of meeting the band, fan gatherings, tattoos, ticket stubs, ads (print/audio/video), artwork, collectibles, various merchandise, t-shirts, denim jackets, magazine covers, magazine articles and so much more. 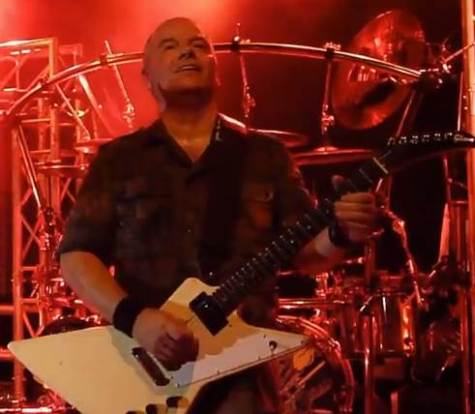 U.D.O. has begun with the preparations for the forthcoming studio album and is looking for a new guitar player with immediate effect. Interested parties can send their application to ITM Agency (fsuepfle(at)itm-agency.com).

Stefan will continue to work with U.D.O. behind the scenes and produce other bands at his Roxx studio.

Kaufmann was the drummer for ACCEPT on nine albums but was forced to give up drumming towards the end of the band’s initial run due to health problems.

Stefan joined U.D.O. as a guitar player in 1996, following ACCEPT‘s second breakup, and has recorded nine albums with them.

U.D.O. ‘s November 16, 2011 concert at Hristo Botev Hall in Sofia, Bulgaria was professionally filmed for release as a DVD+CD and Blu-ray+CD. Entitled “Live In Sofia”, it will be made available on September 28 via AFM Records.